Why NSW will win:

1. No man has won more games for NSW than Brad Fittler and now he's made the side his own as a coach. Included are 11 rookies, but Fittler has provided a camp so relaxed that players were as cool as veterans would be when they all spoke on match eve at the MCG on Tuesday.

2. Nathan Cleary is unflappable. He's set to become the Blues' youngest half in a decade but nothing has fazed him yet in his career and it seems nothing will. Blues captain Boyd Cordner compared him to Cooper Cronk and Johnathan Thurston this week and anointed him as a future Origin great. 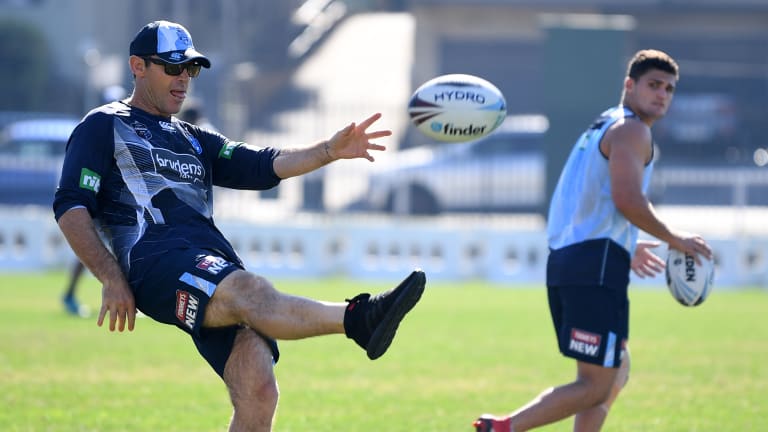 3. Nothing beats speed in rugby league and Brad Fittler's side has it in bucketloads. The Blues' backline is one of the quickest in Origin history and NSW have warned if the Maroons spread to cover it then the likes of the zippy Damien Cook will be ready to capitalise out of dummy-half. He leads all NRL hookers for runs, run metres, tackle busts and linebreaks this year.

4. This is a team in form. Only four players in the NSW squad are from teams outside the top eight and nine of them are from teams in the top three. The Blues are a confident team, statistically better than the Maroons all over the park based on individual figures from this year.

5. There's no Cameron Smith for Queensland. Or Johnathan Thurston, Cooper Cronk, Darius Boyd, Matt Scott, Matt Gillett or Billy Slater for that matter. The men who made the Maroons era of dominance are missing and this is the time for NSW to strike.

Why Queensland will win:

1. Greg Inglis is captain. Kevin Walters looked like he was about to cry when he spoke about Inglis' rise to the most important job in Queensland on Monday and that emotion will show in the Maroons. Inglis leads by example and when he wants to turn it on, he can. Marked up against cousin James Roberts, he could break the game wide open for the Maroons.

2. They're still more experienced. Sure, Queensland have lost 198 matches of Origin experience with the departure of their veterans, but their combined 84 games is still more than double that of the Blues' 39. 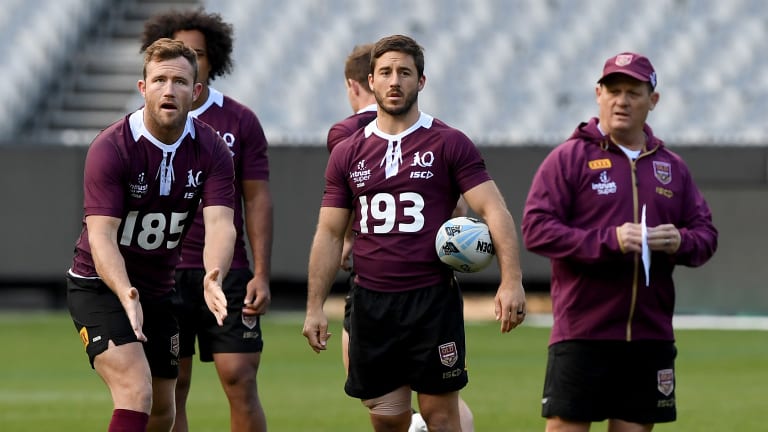 Queensland Maroons arrive for their Captain’s Run session at the MCG.

3. Andrew McCullough is tough. The Brisbane hooker has the unenviable task of replacing Cameron Smith but Queensland can at least be certain their new No.9 won't leave any gaps in defence. McCullough has the highest tackle efficiency in the NRL this year at 96 per cent.

4. This narrative is made for Queensland. From the longest-priced odds for a series opener to all the absences and injuries, this is the kind of backs-to- the-wall scenario Queenslanders live for.

5. Cameron Munster stands up for the big occasions. Filling in for Johnathan Thurston on debut in last year's series decider, he busted through five tackles and set up two tries. It was a reminder to NSW that there is life after Queensland's generation of legends.