Hayley Moore took getting stuck into the action to a new level when broadcasting from Chepstow on Tuesday.

Moore, daughter of trainer Gary, sister of three-time champion Flat jockey Ryan and with two other jump jockey brothers, Jamie and Josh, was hosting coverage for At The Races at the Welsh track when three-year-old Give Em A Clump unseated jockey Fran Berry in the seven-furlong handicap.

The blinkered runner then ran loose with several people diving out of the way. He looked like evading capture until Moore grabbed his reins when he galloped past.

Despite being knocked from her feet and dragged, she hung on. Playing down her brave exploits, Moore said: ‘I’m used to catching horses, but not quite like that!

‘He had the blinkers on. He was panicking a little, he was running on adrenaline. He just caught the side of my face, which is what knocked me down, but I’m fine.’

The entire episode was broadcast live on the paid-for racing channel.

Moore became the first woman on-course race commentator in the UK at Ascot racecourse in 2011. 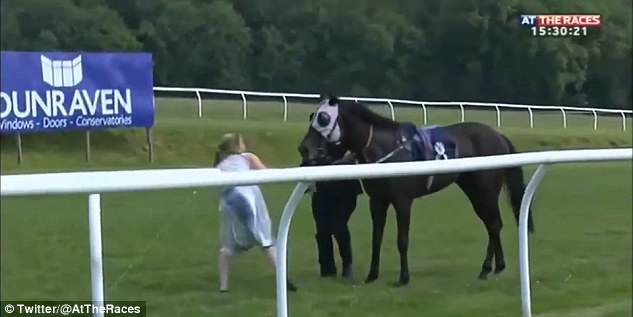 She then proceeded to return to her feet, take off the saddle and then carry on presenting 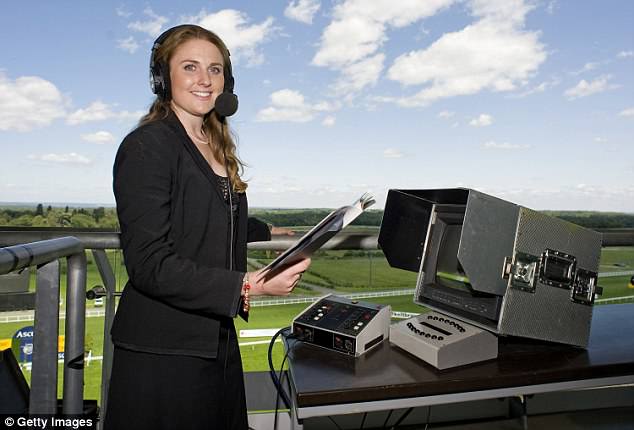 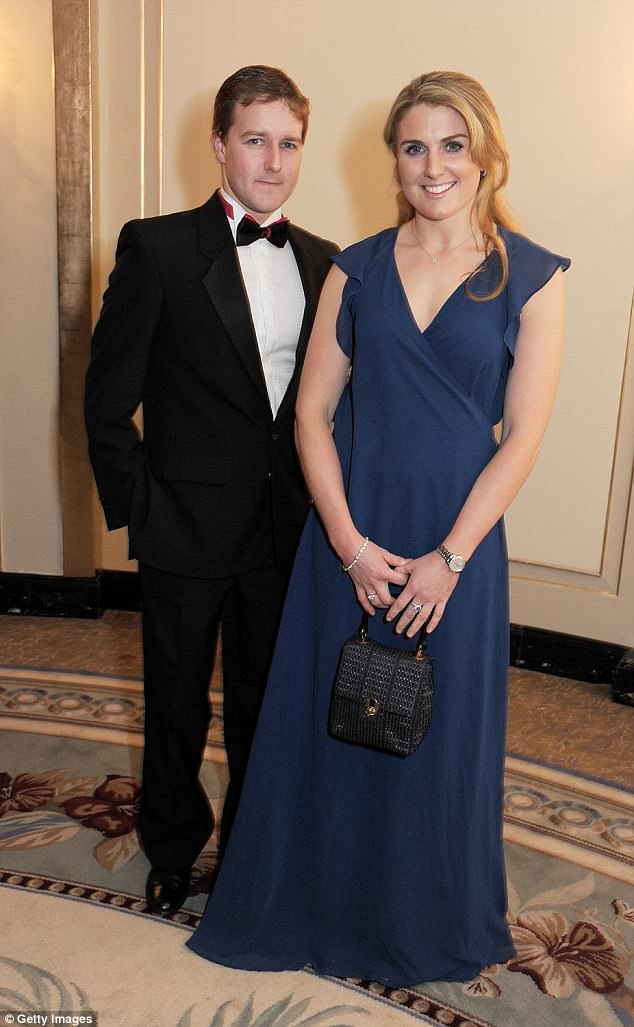