DELRAY BEACH, Fla. — As Radu Albot became the first player from Moldova to win an ATP title on Sunday, his small home country in Eastern Europe was holding parliamentary elections.

Unlike four years ago, when he was in France for a tennis tournament and spent about $200 on a taxi to the Moldovan Embassy so he could cast a ballot, Albot said he could not make his way to a voting booth on Sunday.

Albot, 29, has been on tour for more than a decade but is only now hitting his stride. Entering the Delray Beach Open he was ranked No. 82 in the world, just off his career high of No. 81, set nearly two years ago. With the win over Evans, in which he saved three match points, Albot moved to a new career high of No. 52.

Albot is the first player, man or woman, from Moldova to be ranked within the world’s top 100. Most have never broken the top 300.

Moldova, a former Soviet republic with a population of 3.55 million, is better known for producing wine than tennis players. It has, however, had its share of Olympic wrestlers, Nordic skiers and soccer players. Natalia Levchenkova placed eighth in biathlon at the 2006 Winter Olympics. 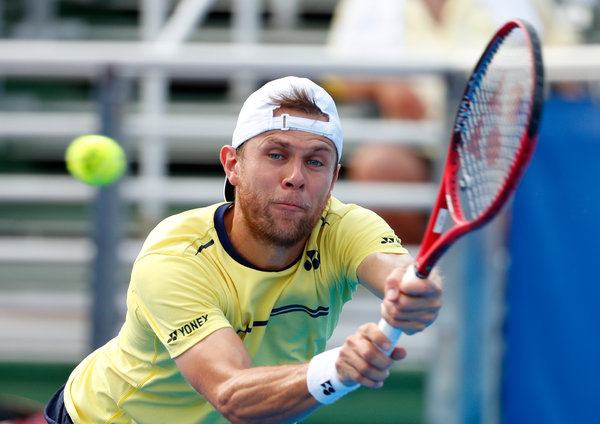 At the 2016 Summer Games in Rio de Janeiro, 23 Moldovan athletes competed, including Albot, the country’s first Olympic tennis player. He beat Teymuraz Gabashvili of Russia in the first round before losing to Marin Cilic of Croatia. In those Games, one Moldovan, a flat-water canoeist named Oleg Tarnovschi, won the country’s only medal, a bronze that was later stripped because he violated antidoping rules.

The next-highest-ranked male player from Moldova, the 36-year-old Roman Borvanov, reached No. 200 back in 2011. Now a teaching pro near Miami, he was in Albot’s players’ box cheering for his countryman on Sunday.

“In a way, coming from this country, the results I’ve had, it’s a miracle,” Albot said. Unlike players in countries that host a Grand Slam and have a history of producing star players, he said, he had no Pete Sampras or Andre Agassi in front of him as role models and challenges.

“Then you have a goal, you want to be as them,” Albot said. “Me, growing up, I had nobody ahead of me except the guy ranked 200. I wanted to be as him, better than him. But as soon as I got to 190, then what? I didn’t know how to go higher. I didn’t have someone to ask how to get there, to go to for advice. I had to build my game by myself.”

When Albot was 6, his father, Vladimir, saw a tennis match on television and decided he wanted his only child to play the sport. Vladimir Albot was able to arrange for his son to train at a school that specialized in tennis — a government-funded academy near the family’s home in Chisinau, the Moldovan capital. The club has eight outdoor red-clay courts and two indoor courts. Until recently, those courts were made of wooden planks, but they have been converted to a hardcourt surface.

Though his parents were of modest means — Radu still lives with them in the two-room apartment they own — Vladimir traveled with Radu to junior tournaments while his mother, Svetlana, stayed home to work in her dental therapy practice. Vladimir sold some property he owned to fund his son’s travel.

Rather than spend money on hotel rooms, the pair would often sleep on mattresses inside gyms connected to the clubs where Radu competed, Albot said. Whenever Radu was offered a chance to share a room with another competitor, his father would pitch a tent for himself in the tournament parking lot. 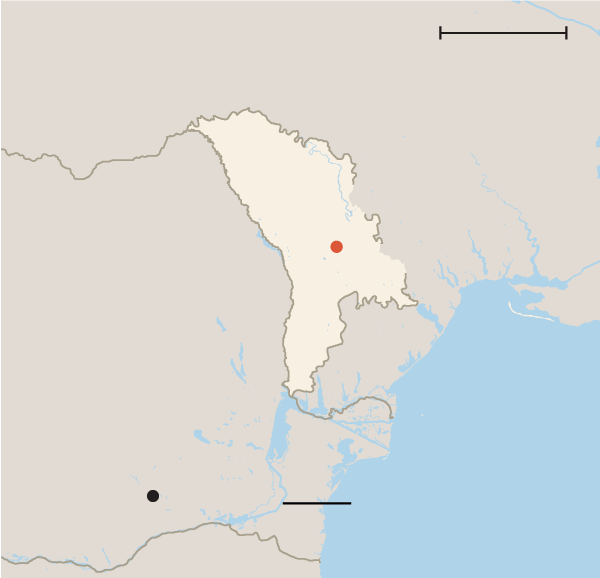 By The New York Times

At 13, Albot was playing in Germany, and he met Jimmy Oganezov, a local businessman from the former Soviet Republic of Georgia who had become a tennis coach. Oganezov invited Albot to spend the summer living and training with him in Wiesbaden. That summer turned into more than a dozen summers, and the training convinced Albot that he could have a career as a professional tennis player.

“It’s a little disappointing because in some countries, like the U.S. and France, they get so much help, like sponsors and wild cards,” said Albot, who has a German manager and one sponsorship deal, with Yonex for rackets, clothing and shoes.

“I was not the spoiled kid who got millions at 19 years old,” he said, “but, on the other hand, maybe that’s what makes me stronger.”

When his playing career is over, Albot would like to return to Moldova and help build the next generation of tennis players. He knows it won’t be easy.

The country is among the poorest in Europe, and Sunday’s election has not delivered a conclusive result. There have been accusations of fraud that further threaten the country’s efforts to stabilize.

“I don’t want to finish my career and see that tennis is dead in my country,” he said, adding, “I want to walk into every tournament and see the Moldovan flag flying.”