First it was Antonio Brown’s feet that made news. Now it’s his head.

Brown, the star receiver who joined the Raiders this year, appears to have lost an ongoing dispute about his helmet. In short, Brown prefers to wear the make of helmet he has been wearing for years, but the N.F.L. says that type, now 10 years old, is no longer approved.

On Monday an arbitrator ruled against Brown’s grievance.

“While I disagree with the arbitrator’s decision,” Brown wrote on Instagram, “I’m working on getting back to full health and looking forward to rejoining my teammates on the field. I’m excited about this season appreciate all the concerns about my feet.”

For those who missed it, the health issue Brown referred to is blistering and peeling of his feet, which has kept him out of training camp. It emerged last week that the injury was frostbite, caused by a trip to a cryogenic therapy chamber.

There are conflicting reports about why Brown prefers the old helmet, and he has kept relatively silent about it. One theory being put forward is that the new helmet affects his vision, while other reports say it is more of a comfort issue. There were also reports that Brown went so far as to threaten to retire if he couldn’t wear his helmet of choice, though his statement Monday seemed to imply that he planned to return.

The league has phased out old helmets because they do not meet new standards of safety. Players were given a one-year grace period, but that expires this season. A few dozen players, including Tom Brady, continued to wear old helmets last year.

Brady has also expressed a preference for the old helmet, saying on WEEI: “I don’t really love the one that I’m in, but I don’t have much of a choice.”

NFL.com had perhaps the wildest and most complete account of Brown’s helmet issue. The reporter Michael Silver said that at organized team activities in the spring, Brown tried several times to sneak onto the field in an old helmet, even going so far as to have it repainted in the Raiders’ design.

“The helmet thing is a personal matter to him. He has a strong feeling about what he’s worn on his head, and we’re supporting him. And we understand the league’s position as well, so we’re in a tough spot.”

The Raiders are being featured this year on “Hard Knocks,” the HBO and N.F.L. Films fly-on-the-wall documentary series that annually takes a close look at one N.F.L. team. The second episode was to be broadcast Tuesday night, and the various Brown sagas would seem likely to provide particularly interesting fodder, should they be included. In the first episode, Brown was seen running sprints at top speed despite coaches urging him to slow down because of the injury to his feet.

After nine years with the Steelers, seven of them as a Pro Bowler, Brown was traded to the Raiders in March. He is due to make a guaranteed $30 million over the next three years. There is still no formal timetable for his return to practice.

And when Brown does return, it now seems as if he will have to wear a new make of helmet. Or will he? On Tuesday morning Brown seemed to have a new tactic in mind when he wrote on Twitter: “I’m looking for a Schutt Air Advantage Adult Large Helmet that was manufactured in 2010 or after. In exchange I will trade a signed practice worn @Raiders helmet.” 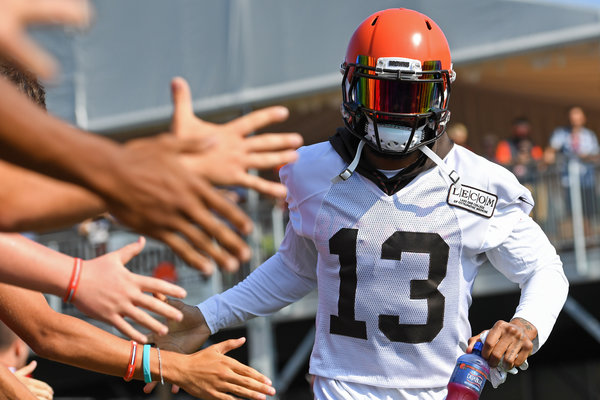 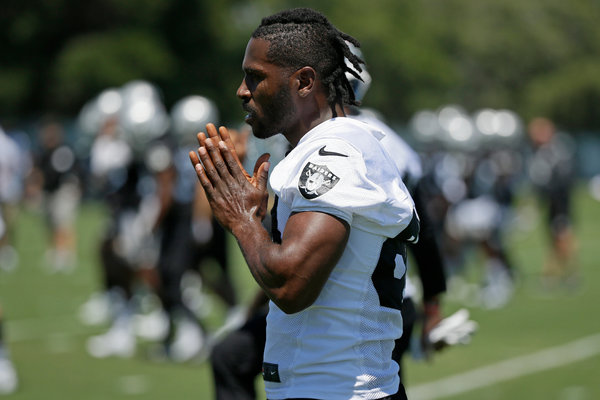 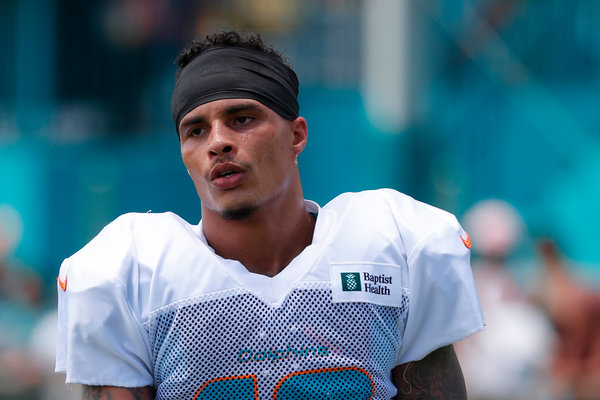 Victor Mather covers every sport, no matter how small.