Canberra Raiders captain Jarrod Croker will need surgery on his knee, ruling him out for the rest of the NRL season.

It's a massive blow for the ninth-placed Green Machine as they need to win almost every game for the rest of the regular season to keep their finals hopes alive.

Croker will have surgery early next week and will return for pre-season training at the end of the year. 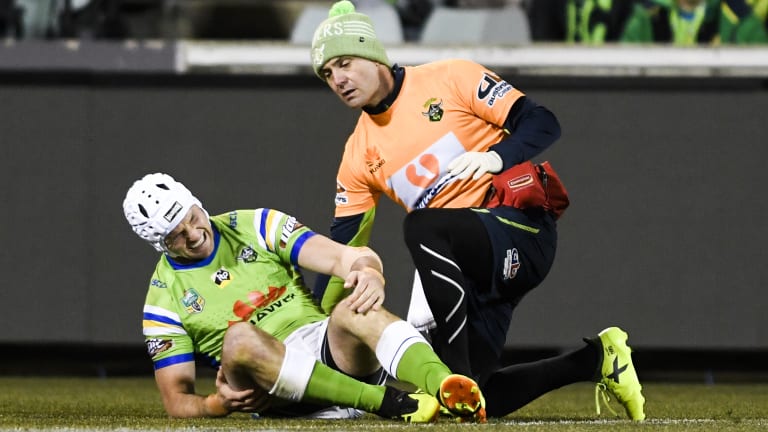 Jarrod Croker has been ruled out for the rest of the season.

The 27-year-old dislocated his kneecap during the first half of the Raiders' 38-12 victory over the North Queensland Cowboys at Canberra Stadium on Saturday night.

He had it strapped up and played on, but collapsed again before half-time.

Raiders coach Ricky Stuart has several options to cover Croker in the centres, with Nick Cotric, Michael Oldfield and Brad Abbey all options against Cronulla at Shark Park on Friday.