Derek Carr is loving his team’s chances against the Chargers in Los Angeles this week. 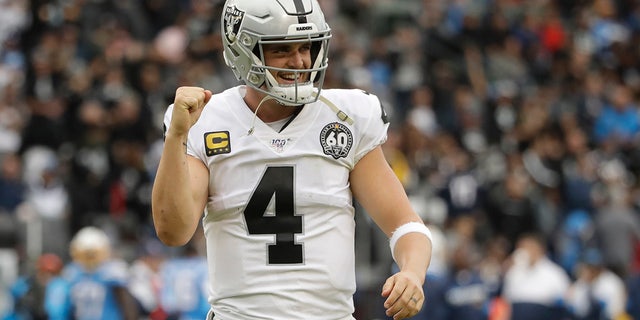 Oakland Raiders quarterback Derek Carr celebrates after a touchdown by running back DeAndre Washington during the second half against the Los Angeles Chargers Sunday, Dec. 22, 2019, in Carson, Calif.
(AP Photo/Marcio Jose Sanchez)

Visiting teams have historically done well when playing against the Chargers at their home stadium. 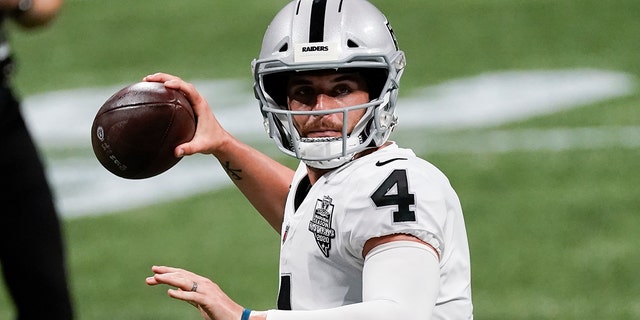 Las Vegas Raiders quarterback Derek Carr works in the pocket against the Atlanta Falcons during the second half Sunday, Nov. 29, 2020, in Atlanta.
(AP Photo/John Bazemore) 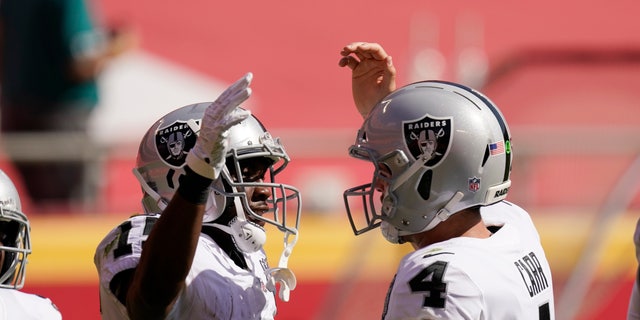 Carr, who has played in the AFC West his entire career, has the Raiders off to a 3-0 start with wins over the Baltimore Ravens, Pittsburgh Steelers and Miami Dolphins.

Last week, Carr completed 26 of 43 passes for 386 yards and two touchdowns in a 31-28 overtime victory over Miami. Running back Peyton Barber rushed 23 times for 111 yards and one score.