Those are the words of Canberra Raiders five-eighth Sam Williams, who is determined to stamp his mark at the club after replacing Blake Austin. 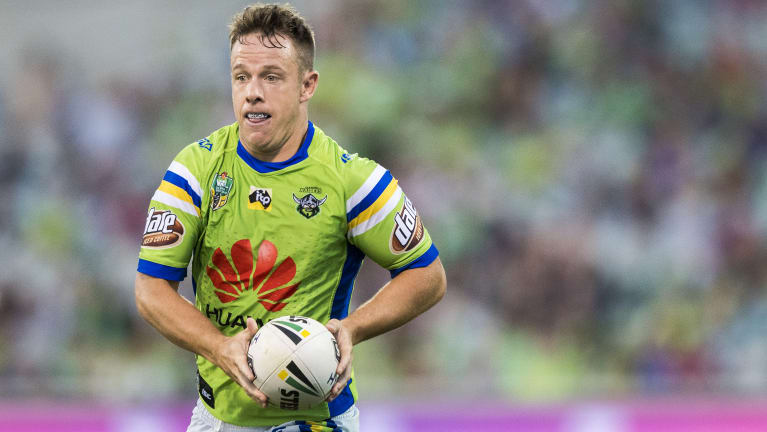 Williams took Austin's starting role against the Canterbury Bulldogs last week and has the chance to lock down the Raiders No. 6 jumper in their eight remaining games.

Austin came off the bench in the 65th minute and single-handedly won the game for Canberra after he orchestrated three tries in the final five minutes.

But Williams has held his spot for their clash against the North Queensland Cowboys at Canberra Stadium on Saturday night.

The 27-year-old has been in and out of the Raiders setup since debuting in 2011 and is in his third stint at the club.

Williams emphasised he'll stick to his own game instead of trying replicate Austin – who has signed a three-year deal with Super League club Warrington.

"We obviously train throughout the week and spend a lot of time together so I didn't feel like my game needed to change too much [against the Bulldogs]," Williams said.

"It was just about coming in and doing my job and making sure I was good defensively and try and grind out a win.

"I'm not Austo. Austo came on, that flamboyance, that's what he can do."

The Raiders have lost seven games this season by eight points or less and surrendered a lead of 14 points or more on five occasions. 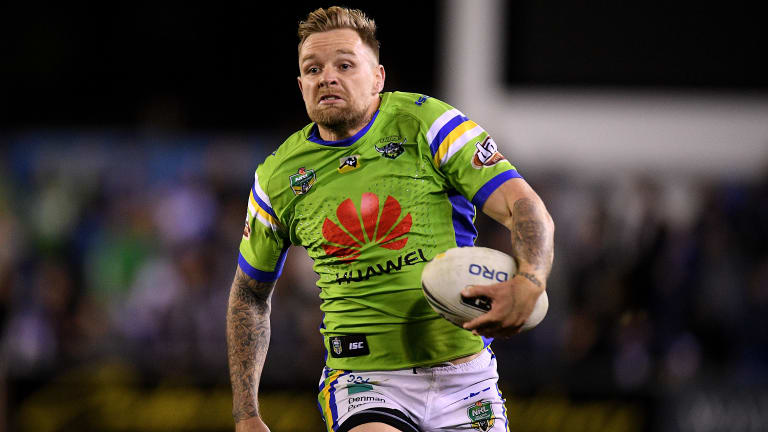 Papalii was amongst the best for Queensland in their game three upset win in Brisbane on Wednesday night, but his efforts could see benched against the Cowboys.

Canberra need to win seven of their remaining eight games to make finals and Williams said his only focus this week was on keeping the Raiders' season alive.

"We've had games where we played well and lost. [Against the Bulldogs] we didn't play well and we won," Williams said.

"You do learn from those losses, they don't always go your way, but we're certainly learning from them. We didn't have our greatest performance but we won and ultimately that's what it's about.

"There's things we could've done better in different games throughout the year, but the fight within this team has never been questioned."

The Cowboys started the season as premiership favourites but have flopped sensationally and are now battling to avoid the wooden spoon.

Raiders skipper Jarrod Croker warned any side with Johnathan Thurston and Matt Scott was dangerous and said there would be nothing easy about beating them.

"They're going to be tough, wherever you play them, wherever they are on the ladder, whenever the time of day, they're always going to be a tough team," Croker said.

"There's so many quality players in there. They haven't been getting the results they wanted, but they probably should've beaten the Bunnies up there last start.

"It's going to be another big game for us and hopefully the crowd fills out Canberra Stadium on Saturday night again and keeps us rolling for another week."

Junior Paulo will start at prop with Shannon Boyd (calf) out for at least two weeks, while returning second-rower Luke Bateman (knee) is on the bench.

"I think we're in survival mode at the moment," Paulo said.

"Every game comes with a costly price so we've just got to keep winning from here on in."

Canberra are without Joe Tapine after the New Zealand international he failed in appealing a grade-one lifting tackle charge at the NRL judiciary on Tuesday.

It means Liam Knight will likely come onto the bench and Sia Soliola will move to the second-row, while Bateman could also start if Papalii comes off the bench.