Their late-season resurgence is the silver lining that's given Canberra Raiders fans hope for next year.

Now the Green Machine's final fling is an important chance to build the consistency they need to bring from the opening round of 2019.

Having knocked off top-four teams Sydney Roosters and South Sydney Rabbitohs in the past two weeks, the Raiders face another tough test against the New Zealand Warriors in Auckland on Friday. 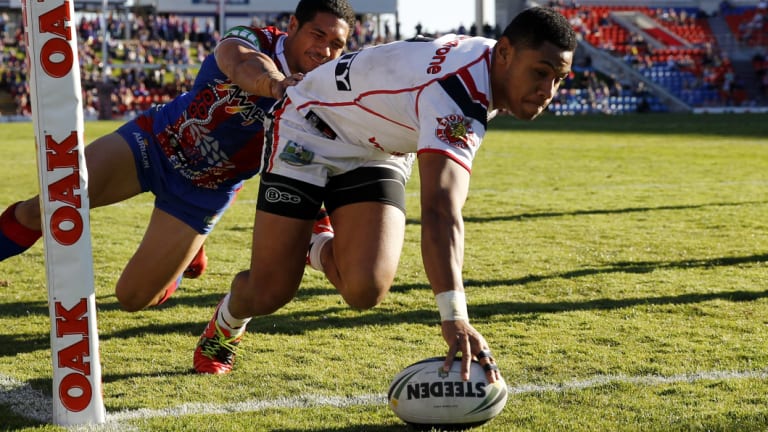 As Canberra acting-captain Josh Hodgson said, the Warriors have "everything to play for" –  club stalwart Simon Mannering will play his 300th NRL game for them, they can earn a home semi-final and they have an outside chance of finishing in the top four if results go their way.

But the Raiders have shown renewed resolve over the past fortnight, building back-to-back wins off strong defensive efforts against two of the best teams in the competition.

They've shown they have the talent to match it with the best, finally breaking through for their first wins over finals-bound teams for the season.

It's frustrated even the players that it's come too late to help them play finals, but it could lay the platform for a return to the play-offs next season if they can carry the momentum through a long pre-season and into the next campaign.

That's something the Raiders have struggled to do in the past.

Late-season surges have been something of an artform for the Green Machine.

They won four of their last six games last season to create some momentum for this year, but opened the season with four-straight losses to put themselves on the back foot from the start.

It will be largely the same Raiders team running out again next season, with only three members of the first-choice 17 leaving at the end of the season – Shannon Boyd, Junior Paul and Blake Austin.

At this stage there's only a couple of signings coming to Canberra in Englishmen John Bateman and Ryan Sutton, with a few young guns like Emre Guler and Jack Murchie pressing their first-grade claims as well.

It means they'll again have stable combinations to build on during the pre-season.

Hodgson said finishing the season with three consecutive wins would be a big boost for the Raiders going into the pre-season.

"Moving forward looking at the youth coming through and the new faces coming to the club, and on the back of a positive note at the end of the year I think it's a good confidence boost for us going forward," he said.

Part of making their third straight win come to fruition will be minimising the damage of two of their strike weapons.

Warriors winger David Fusitu'a leads the NRL try-scoring list with 21 – one ahead of Cronulla fullback Valentine Holmes – while captain Roger Tuivasa-Sheck's run from fullback has been devastating.

On the Warriors' right, Fusitu'a will go head-to-head against Raiders star Nick Cotric, who's having a stunning second season.

But Raiders halfback Sam Williams said it wasn't just Cotric's just to stop Fusitu'a – the players inside had to work on minimising his opportunities.

"It's just about trying to make sure he's not in a position where he can finish and that comes from a lot of the work we do on the inside before he gets the ball," Williams said.

"There's a lot of class players on the inside and we've got to make sure they're not getting the room to move."

Williams said they'd focused on Tuivasa-Sheck, who could be a match winner.

"He's led from example all year and he's played some really good football," he said.

"Just like when we played them in Canberra, we've got to make sure that we're really focusing on him and making sure he doesn't take the game away from us in those patches of the game where they're won and lost."