RALF RANGNICK showcased SIX tactical tweaks during his first game in charge of Manchester United – including a new formation.

The German, 63, fielded an unchanged side from the win over Arsenal in midweek as he began life in the Premier League with a 1-0 win over Crystal Palace at Old Trafford. 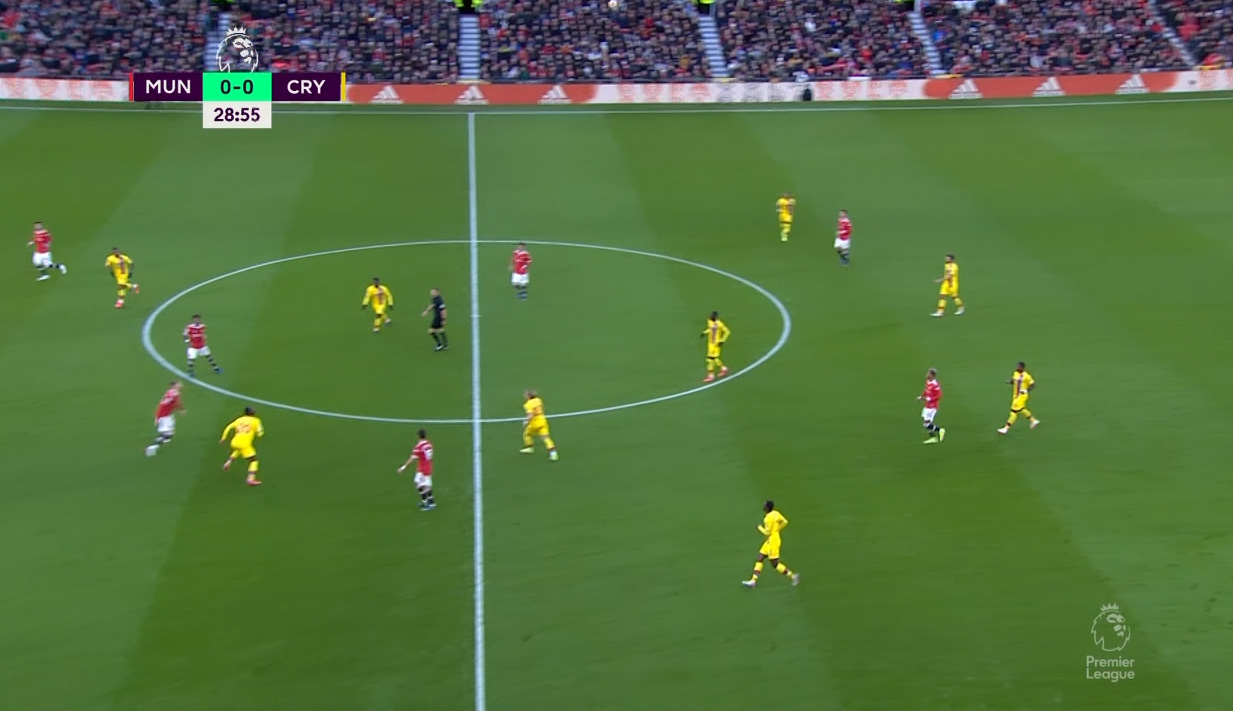 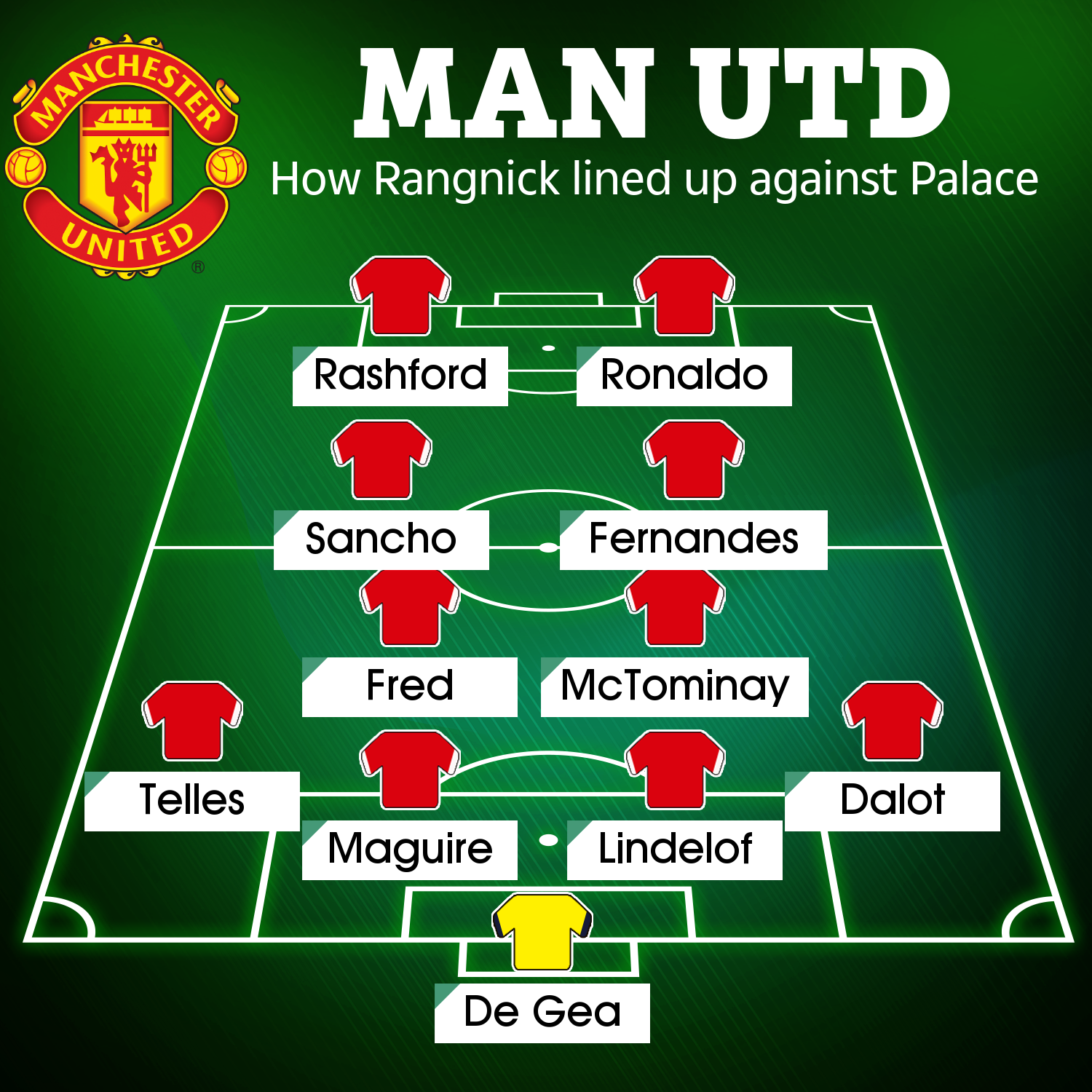 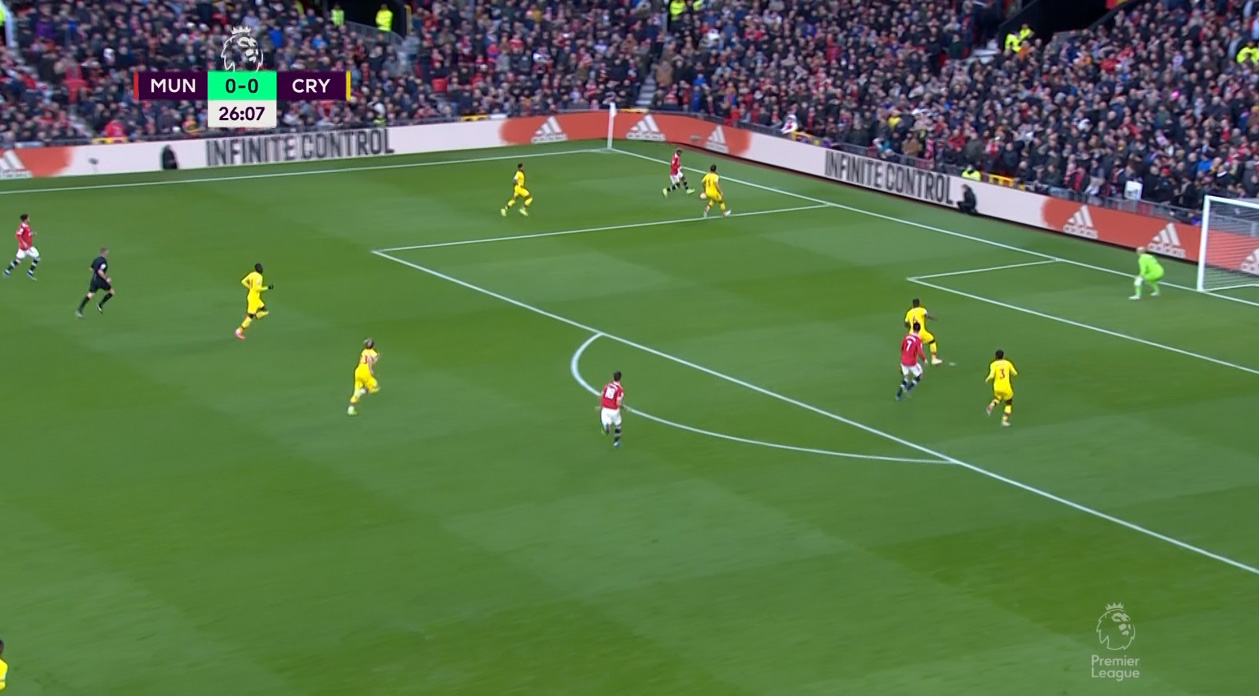 But despite no personnel changes, Rangnick's style was evident immediately as his Man Utd team approached the game in an aggressive manner.

Scott McTominay and goalscorer Fred were tasked with shielding the back four, offering them the protection required to secure a rare clean sheet.

Jadon Sancho and Bruno Fernandes were then positioned in front of them as inverted wingers – something Rangnick is known for.

And Marcus Rashford joined Cristiano Ronaldo up front as the Red Devils went for a potent strike partnership.

As well as the change of formation and inverted wingers, United were also clearly pressing high up the pitch, hunting the ball down in packs. 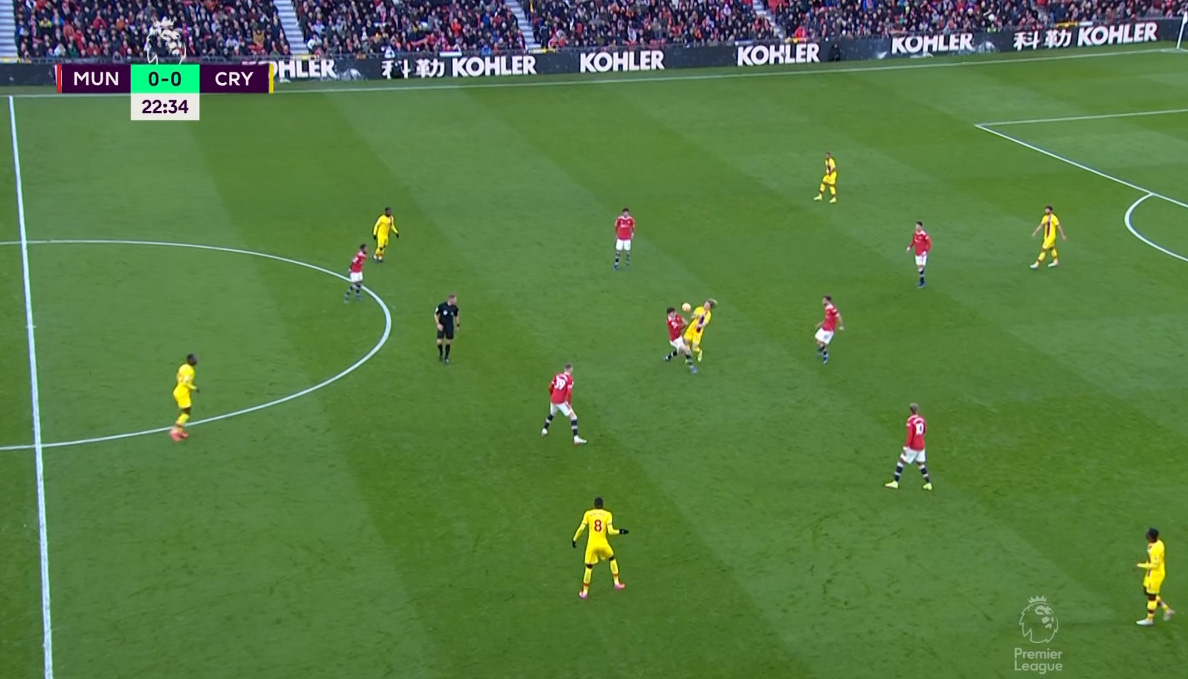 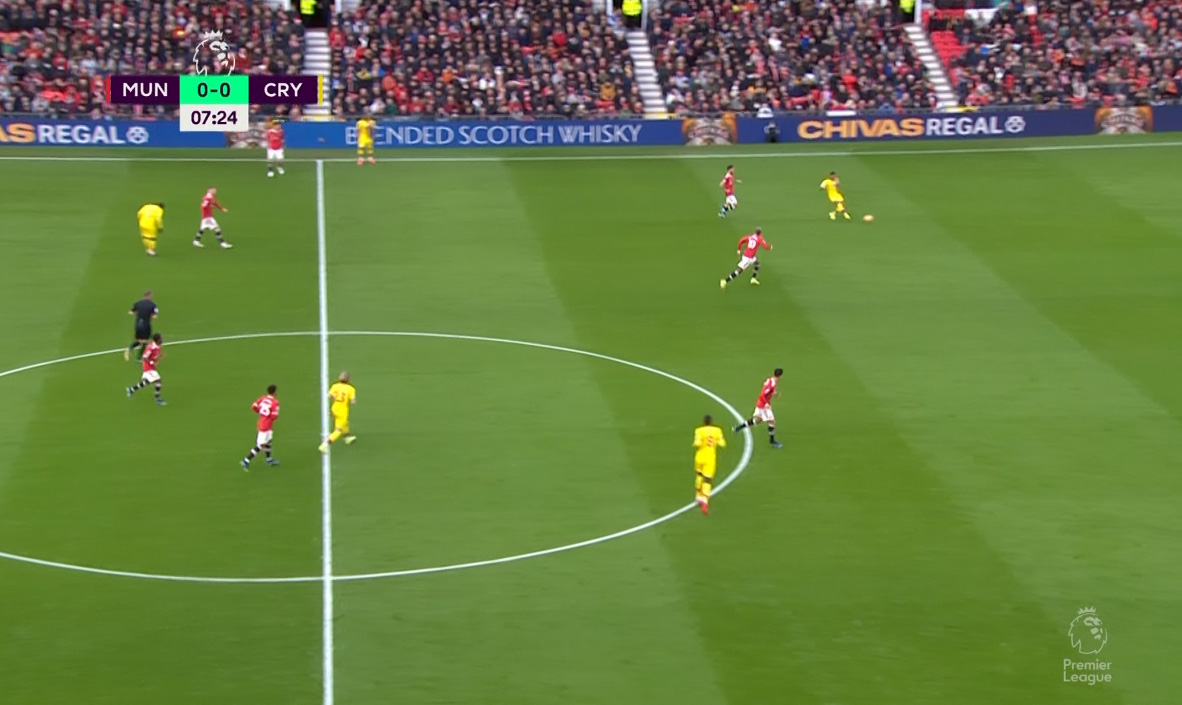 This is in stark contrast to how they played for the majority of Ole Gunnar Solskjaer's tenure as they opted for a more counter-attacking approach under the Norwegian.

They were also clearly trying to play the ball forward more often – something which is in line with Rangnick's style as he famously dislikes sideways and backwards passes.

Another adjustment was the number of shots and touches in the opposition box which have both increased significantly.

United had 32 touches in the Crystal Palace penalty area and 16 shots as they bombarded the visitors' goal throughout the 90 minutes.

And the final shift from Rangnick was an increase in the use of crosses as a means of attack.

Left-back Alex Telles was instrumental in this as he looked to swiftly send the ball into Rashford and Ronaldo.

When discussing his team's problems ahead of the match, he said: “Against Arsenal we conceded two goals, we needed three to win the game.

“If you look at the total number of goals conceded, it averages almost two per game. This is just too much.

“My approach is to help the team to get more balance, more control of the game.

“The Arsenal match was exciting for the fans but, even for myself as the future coach, those are not the kind of games that we need every day.

“Football, for me, is to minimise the coincidence factor and have control in order to gain control of a game.

“This is football, what it’s about. This is my approach and I’m out to help these outstanding, talented players try to keep away from their own goal.”