Have you ever wondered how rally car drivers weave through forests on dirt tracks at almost 200kph and somehow don't crash into the tress?

Making things more remarkable is racers and their co-drives get just two practice laps to write their "pacenotes" and work out the pitfalls of the tracks which change every year. 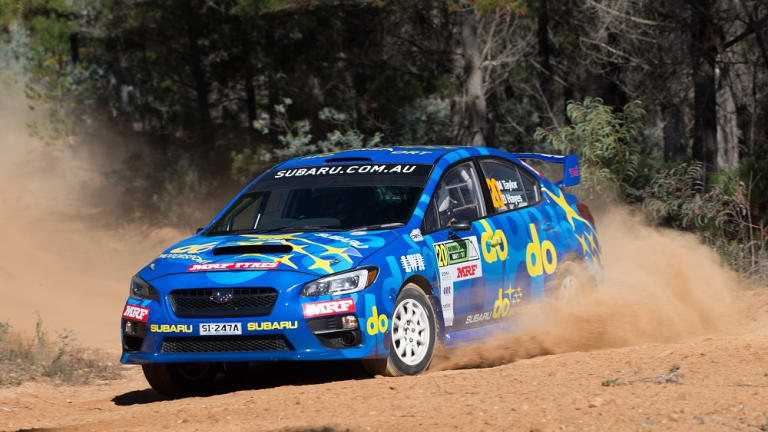 Most run into some trouble at some point in the Australian Rally Championship season which comes to Canberra this weekend for the National Capital Rally.

Local hopes Mick Harding and James Thorburn had mechanical problems trouble last year but are hoping for a smoother performance in the capital this week.

The duo tracked the course at Kowen Forest on Thursday and believe they can use their home ground advantage to deliver an upset victory.

"Local knowledge is always good but the biggest thing for us is our pacenotes because the track changes every year," co-driver Thorburn said.

"The first run through Mick will be calling all the corners and we’ll make the decisions as to what needs to be written down, every little bump, jump or crest in the road and we’ll grade all the corners.

"The second run I’ll read all the notes back and we’ll make any changes we need to, breaking markers and things like that to make sure we’re happy with them.

"It’s challenging because you write the notes at 40-60km/h but then you tackle the same section at 80km-180km/h.

"It was a bit of a disappointing result last year with a mechanical failure in the second stage, but hopefully this year we can get a lot further and have a really strong result."

Harding has been involved in rallying for almost two decades and said it was remarkable how far along the cars have come throughout his career.

"One of the biggest things we have about cars these days is just the sheer acceleration, even out of really tight corners we can get upwards of 100kph in four or five seconds," Harding said.

"If you’re not paying attention you can very easily be in the trees. There is definitely some hometown advantage but there’s literally thousands and thousands of kilometres of roads here."

Taylor became the first female ARC winner in 2016 and has known the Bates family her entire life, with her mother Coral co-driving with Neal Bates for 25 years.

Taylor will not only face Harry this week but her mother, who is co-driving for the Harry's little brother Lewis.

"It will be a new experience [racing mum]… it will be nice to have her on the road, she's been missing the competition action so it's great for her to get back into it," Taylor said.

"It's great to share what you do with your best mate [Harry]. We always chat off the stage but we're the biggest rivals on the stage, nobody you want to beat more than you are effective brother."