RALF RANGNICK has hailed Cristiano Ronaldo's off the ball work during Manchester United's win over Crystal Palace on Sunday afternoon.

The Red Devils made it two Premier League wins in four days as new coach Rangnick began life in charge at Old Trafford with a 1-0 victory thanks to a second half goal from midfielder Fred. 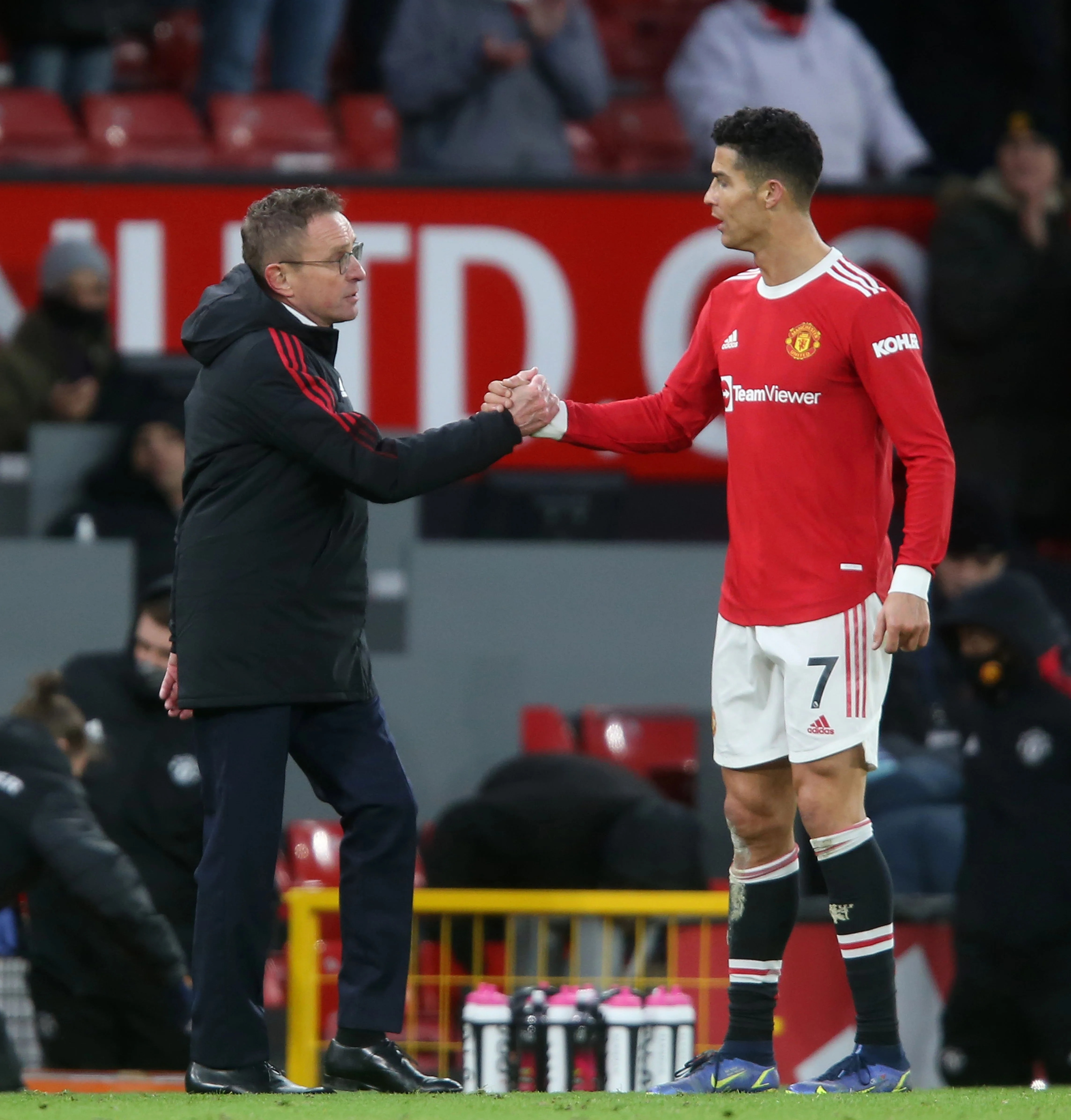 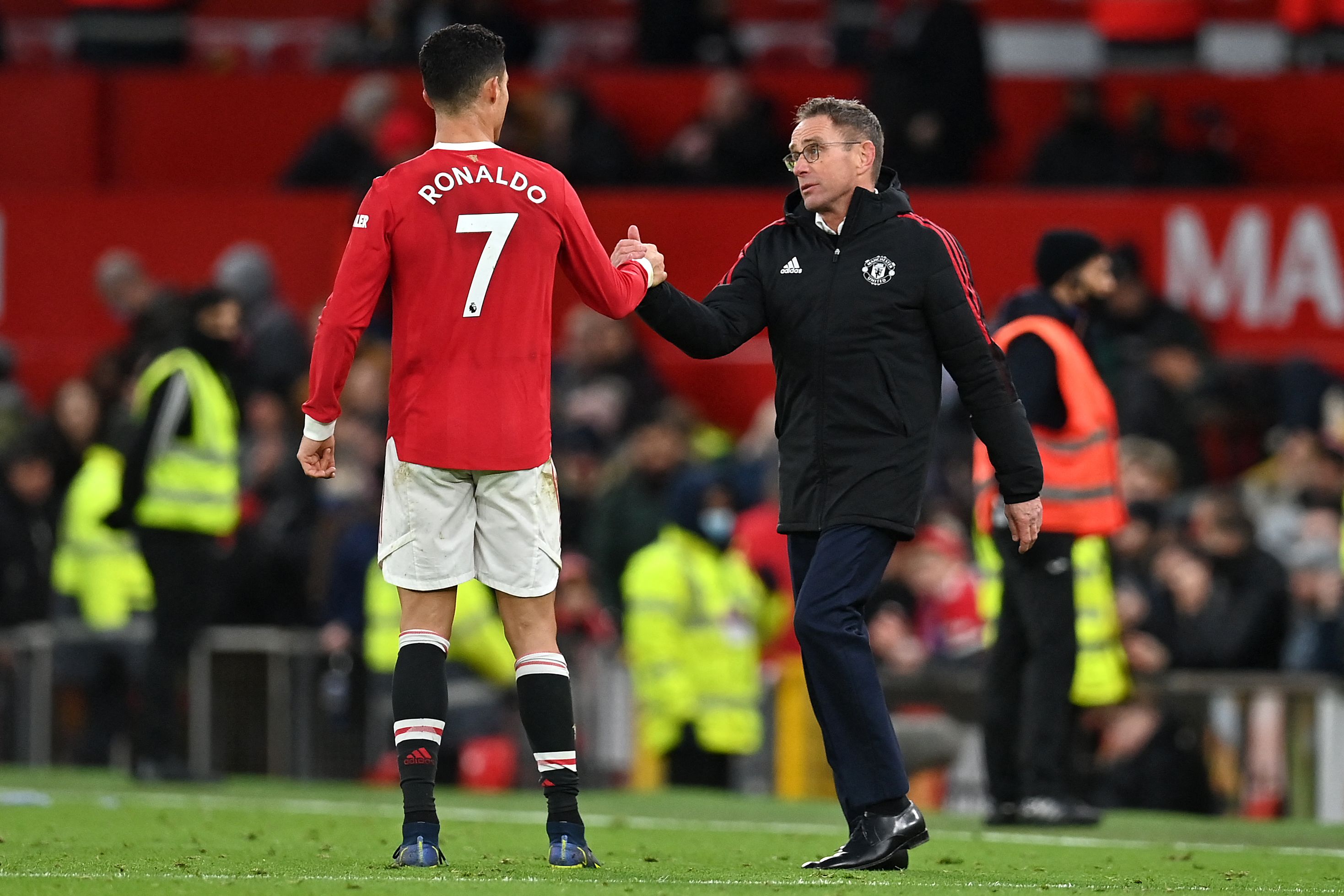 And the 63-year-old, who is famous for implementing the 'gegenpress' as part of his coaching style, praised his players as he looks to turn them into 'pressing monsters'.

Speaking to BBC Sport, he said: "I am very happy with the way the team performed, especially the first half hour, with the pressing, it was exceptional. The only thing missing was the 1-0 or 2-0.

"The way we defended, we had control of the whole game, the clean sheet was the most important part.

"These are the things we must improve. We need to keep clean sheets. With just the one training session, I was really impressed. We did much better than expected.

"We always tried to be on the front foot. We were never not apart from maybe the last five minutes. At all other times we were trying to keep them away from our goal."

He then singled out Ronaldo for special praise amid question marks over the amount of pressing he gets through.

"We wanted to play with two strikers, especially in the central position," Rangnick added. "By the way, Cristiano Ronaldo's work off the ball, chapeau."

Ronaldo has scored 12 goals in 16 games since returning to Man Utd for a second spell.

But the team have struggled despite Ronaldo's prowess in front of goal, dropping 12 points behind the Premier League leaders before their win over Arsenal.

But wins against Arsenal and Palace will give Rangnick room for optimism.

And he is already getting a tune out of players like Fred, who excelled against Palace and even bagged himself the winner.

"I had to ask my assistant coach if that was Fred's right foot," said Rangnick. "I thought he could only shoot with his left. I'm happy for him.

"It's always easier to build on things after you're successful. We must produce further clean sheets and get better at creating chances for our attack. Overall I was very pleased with the way we played today."

Next up for Rangnick's side is a home Champions League game against Young Boys before they travel to Carrow Road to face Norwich on Saturday.