MARCUS RASHFORD revealed where he got his inspiration for the outrageous free-kick he scored against Chelsea.

The Manchester United star's absolute thunderbolt found the back of the net from fully 35 yards out in Utd's 2-1 win – drawing comparisons to Cristiano Ronaldo's goal against Portsmouth. 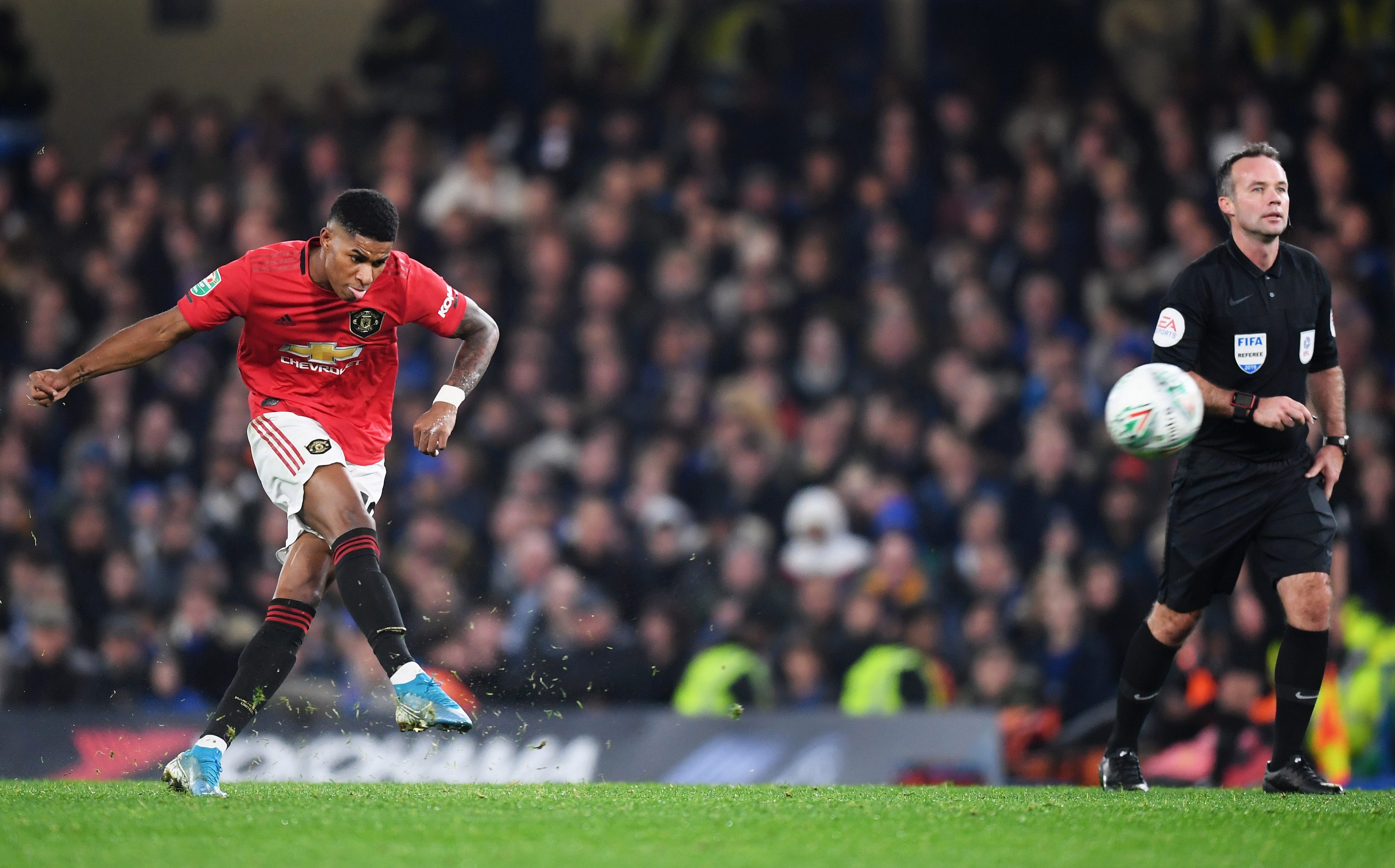 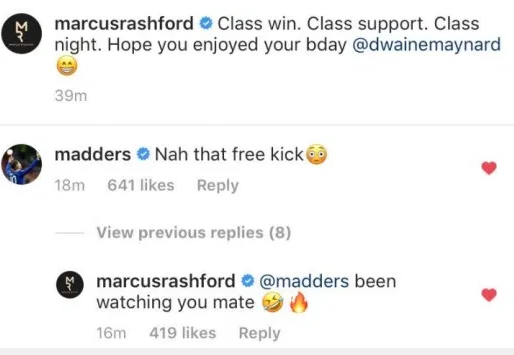 It was enough to give Ole Gunnar Solskjaer's side their third straight win on the road and book a Carabao Cup quarter-final spot against League Two Colchester.

Rashford has been in and out of form lately but, like his club, may have turned a corner with the triumph at Stamford Bridge.

The 22-year-old took to Instagram to celebrate his strike – and let slip where he learned his perfect technique.

Leicester star James Maddison – who is top of United's transfer wish list and could complete a deal within the next year – was one of those to reply.

He posted: "Nah that free kick."

And Rashford wrote back: "@madders been watching you mate."

Boss Solskjaer marvelled at the goal but said he would still like the striker to score simpler goals.

Speaking about the wondergoal, Ole said: "I think he works too much on it!

"I've always tried to get Marcus to score the simple tap-ins and be inside the box but he always scores great goals.

"He practices and today he got his reward.

"Great character and great mentality and I told him this morning that when we get a penalty you take it, just make your mind up where you're going to put it, and he hit it as sweet as you like."