England stars Jesse Lingard, Marcus Rashford, Danny Welbeck and Trent Alexander-Arnold are given a fright on Russian rollercoaster as they all run off fearing their seat belts had broke

England stars Marcus Rashford, Danny Welbeck, Jesse Lingard and Trent Alexander-Arnold were all given a terrible fright when they ran off a rollercoaster at a Russian theme park fearing their seat belts were broke on Friday afternoon.

Lingard was the only player out of the four who did not feature in Thursday night’s defeat against Belgium but they were all given permission to go to a theme park after taking part in England’s preparations for their last-16 clash against Colombia.

The Manchester United midfielder filmed their ordeal and posted it on his Instagram story, writing: ‘We thought the seat belt for the ride was broke and the horn meant the ride was starting, so we jetted off.’ 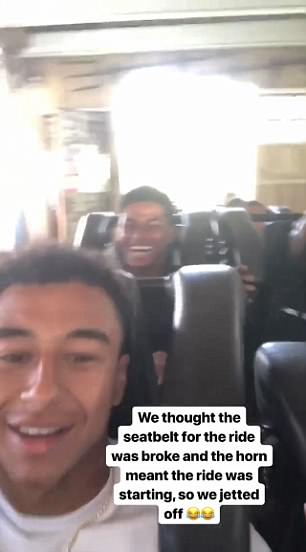 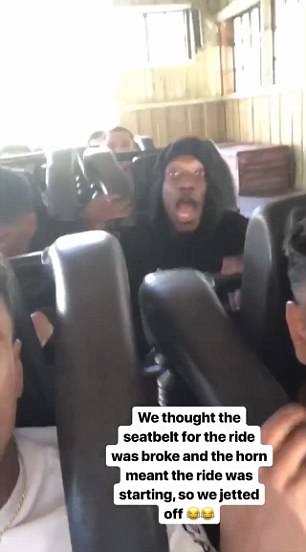 England stars Marcus Rashford, Danny Welbeck, Jesse Lingard and Trent Alexander-Arnold were all given a fright as they ran off a rollercoaster after fearing their seat belts had broke 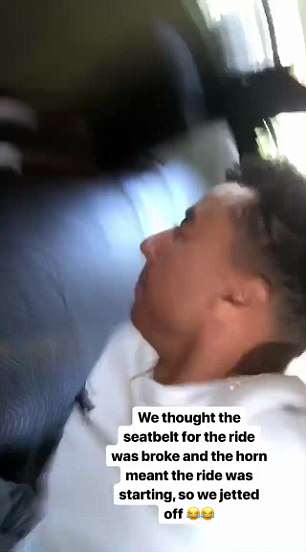 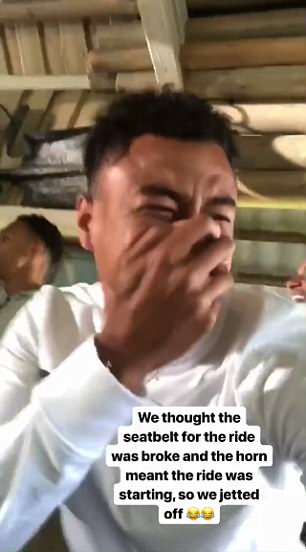 Lingard filmed the ordeal and found it hilarious, posting it on his Instagram story 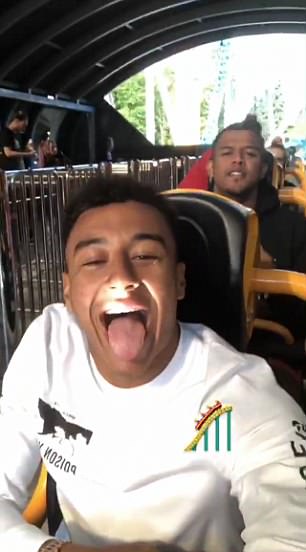 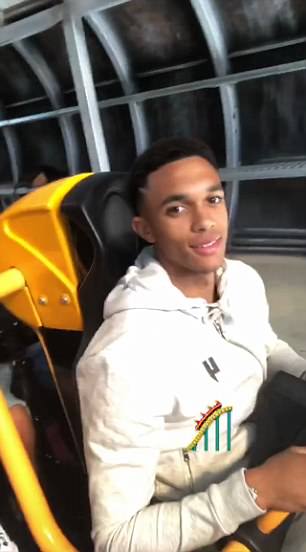 Despite the four England stars genuinely fearing something had gone wrong, Lingard found the situation hilarious afterwards and continued to film himself in hysterics.

The 25-year-old is well renowned for his antics on and off the pitch and has appropriately taken on the joker of the pack tag in the England set-up.

Earlier in the day, Lingard, who is expected to return to a starting berth against Jose Pekerman’s men, took part in a recovery session by taking a dip in the pool despite not playing against Belgium.

He also competed with team-mates Dele Alli and Welbeck in a high-intensity race on the spinning bikes as England returned to their Repino training base. 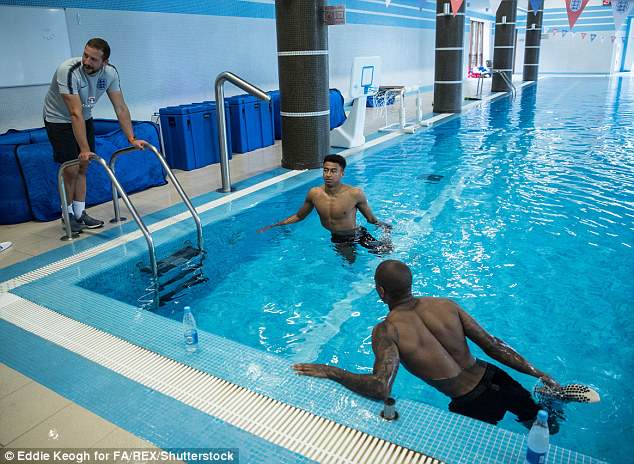 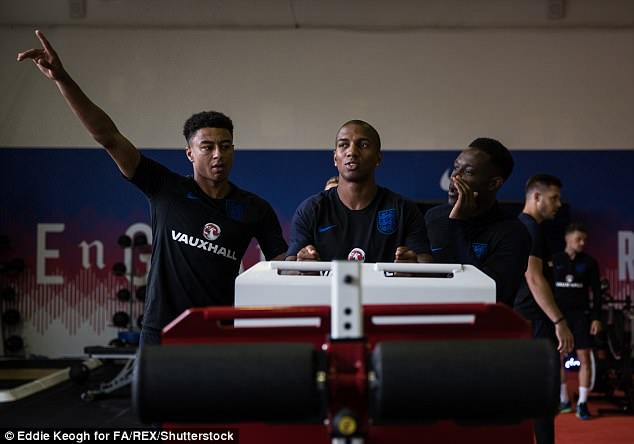 Despite not playing against Belgium, he took part in a recovery session with his team-mates 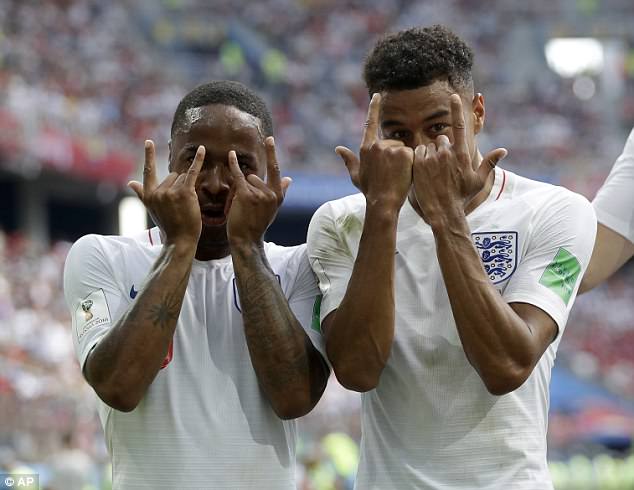 The England trio were filmed by the national side’s official Twitter account as they put the pedal to the metal on their bikes. And it would seem Alli came out on top against his Three Lions team-mates.

Later in the day, Lingard was up to his antics again and appeared to mock Raheem Sterling for his dress sense with a post on Instagram.

The Manchester City forward featured on his club rival’s Instagram story wearing a pair of red trousers, a look Lingard had only one word for: ‘wow’. 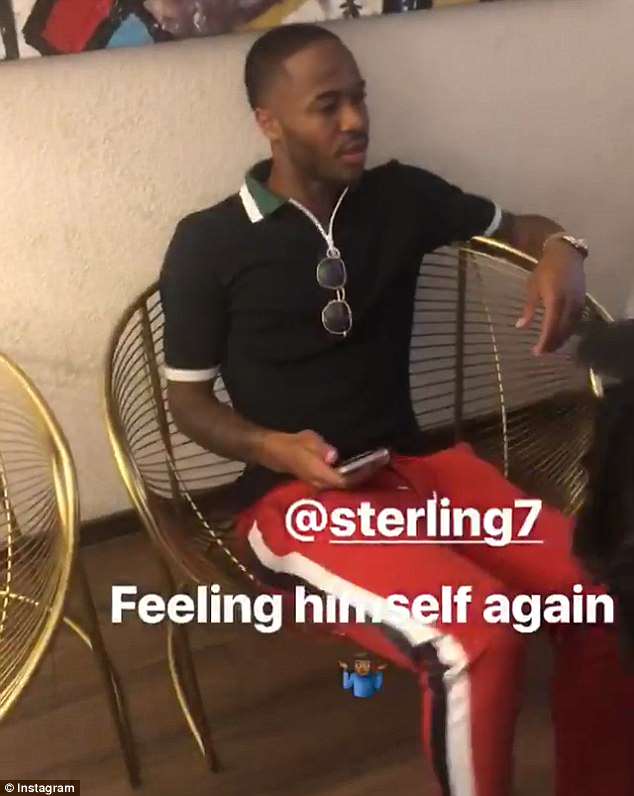