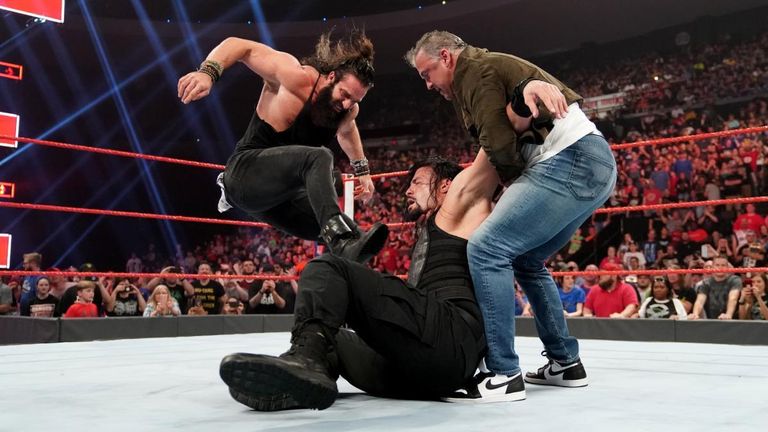 Two SmackDown competitors were in the main event of Raw this week as Vince McMahon implemented a new ‘wild card’ rule.

As he promised, Roman Reigns was back on the red brand to interrupt McMahon’s show-opening address and inform the chairman that he did not take orders from him but from the fans, hence his decision to swap blue for red.

He was not alone, either, with Daniel Bryan and WWE champion Kofi Kingston also moving across, prompting McMahon to ponder a new ruling which would allow three competitors to move between the brands on a weekly basis.

“I’m a genius,” was the chairman’s summary of that piece of decision-making, followed by the impromptu scheduling of two ‘WrestleMania rematches’ – one between Reigns and Drew McIntyre, and one between Kingston and Bryan.

After a couple of missed attempts at running knee strikes by Bryan, Kingston retained his title with a Trouble in Paradise in what could draw a line under the program between the two.

The match between Reigns and McIntyre, however, was much less straightforward, with Shane McMahon and Elias storming the ring to beat down the Big Dog after he seemed to have the match won, only for The Miz to chase Shane away with a chair. 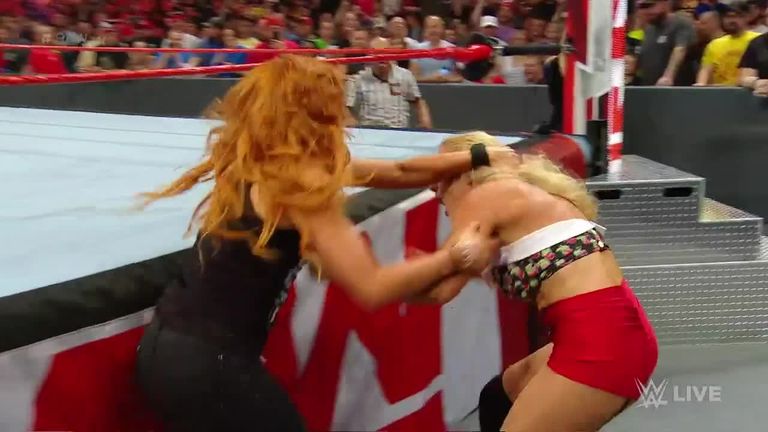 Lacey Evans invited the Raw competitors for the Money In The Bank ladder match – Natalya, Naomi, Alexa Bliss and Dana Brooke – to ringside to watch her match against enhancement talent Allie Catrina, a contest she wrapped up in short order with a vicious Woman’s Right.

Evans suggested they did not waste their briefcase title shot, should they win it, by challenging her after she beats Becky Lynch for the Raw title.

The trash talk brought out Becky ‘Two Belts’, whose actions spoke louder than words as she sent her Money In The Bank challenger scurrying back to the dressing room. 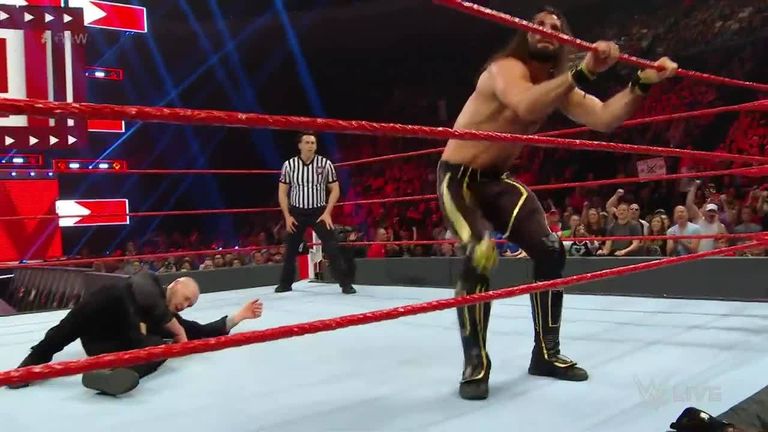 Rollins and Styles forced to team up

It has become something of a WWE tradition for future opponents to be paired together in tag matches and that was again the case this week as AJ Styles and Seth Rollins were put together to face Baron Corbin and Bobby Lashley.