For the last couple of decades, the Spanish giants have been synonymous with lavish spending. From Luis Figo and David Beckham to Cristiano Ronaldo and Gareth Bale, club president Florentino Perez has spared no expense in assembling the world’s most glamorous collection of superstars.

In recent years, however, that perception has been off the mark. With the exception of Thibaut Courtois’ arrival from Chelsea last summer, Real have stayed away from big-name signings since 2014, when Toni Kroos and James Rodriguez were snapped up.

Not any longer. That sustained period of gentle evolution has made way for a full-on revolution, with Perez overseeing a frenzy of spending which has already reached record levels: more than 300m euros has been splashed since the end of last summer, surpassing the club’s previous transfer window record of 254m euros set in 2009 with the capture of Ronaldo, Benzema, Kaka and Xabi Alonso.

Why the drastic change in policy? Who are the new men? Will there be more? And what does it mean for the long-serving stars? 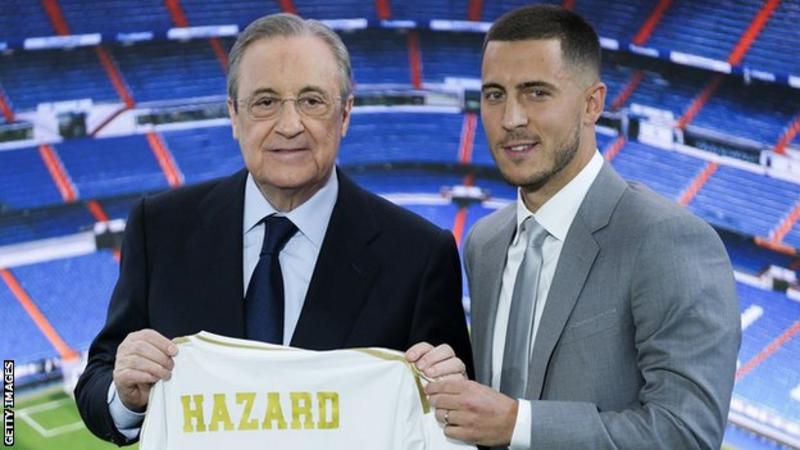 Immediately after overcoming Liverpool in May 2018 to lift the Champions League trophy for the third consecutive season, Zidane took an unusual step for a continent-conquering manager: he quit, arguing he could not continue to deliver success with the resources at his disposal.

Zidane has regularly stated his belief that success in the domestic league is the greatest test of a team’s capabilities, and he felt the Champions League triumph of 2018 was a flimsy mask for a sharp decline more accurately reflected by a feeble third-place finish in La Liga.

Quite simply, the writing was on the wall – especially following the sale of Ronaldo – and Zidane was reading the message: if he couldn’t make the changes he wanted, it was time to get out at the top.

Within weeks of Zidane’s resignation, it became abundantly clear that he was absolutely right. The 2018-19 campaign was by far the worst in the club’s recent history, with Los Blancos finishing third in La Liga (a record 19 points behind winners Barcelona) and failing to muster a meaningful challenge in the Copa del Rey or the Champions League, losing 18 games in all competitions.

After Lopetegui and Solari both lasted no more than a handful of weeks, Perez went back to Zidane with his tail between his legs, belatedly accepting Zidane’s view that that the squad was in need of serious surgery. If the Frenchman would come back, Perez would bow to his wishes in the summer transfer market.

Zidane, vindicated and emboldened, agreed. Now, at last, he is getting his way.

Hazard the leading light… for now 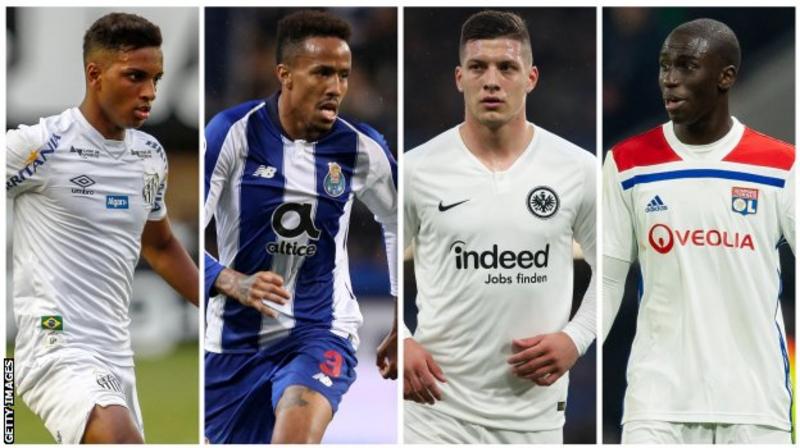 The centrepiece of Real’s summer haul, of course, is Eden Hazard. The Belgian was pursued semi-publicly by Perez for more than a year and attracted around 50,000 fans to the Bernabeu for his presentation on Thursday.

With an initial 100m euros (£89m) price tag, the former Chelsea man looks sure to be assigned starter status, and the prospect of Hazard teaming up with silky smooth link-up expert Benzema is certainly enticing.

But Hazard is not the only reinforcement to the forward line, with Real also acting swiftly to secure one of Europe’s fastest-rising attacking talents, Luka Jovic. The 21 year-old Serbia international scored 27 goals for Eintracht Frankfurt last season, and will expect to be more than a squad rotation option after attracting a 60m euros fee.

Another big sum, 47m euros, has been shelled out for left-back Ferland Mendy, who rose to prominence during Lyon’s excellent campaign last season and is set to compete with homegrown prospect Sergio Reguilon for the right to succeed out-of-favour veteran Marcelo.

With skipper Ramos now 33 years old, a centre-back for the future has been captured with the arrival of Eder Militao for 50m euros from Porto, while Real’s final summer signing – so far – can be marked down as a long-term investment: 18-year-old Brazilian winger Rodrygo Goes (60m euros from Santos).

And that might not be all. While they were awaiting the arrival of Hazard at Thursday’s presentation, Real fans entertained themselves by chanting: “We want Mbappe” and it’s by no means unthinkable that the French forward – who recently admitted doubt over his future – will be snatched away from Paris St-Germain in the next couple of months.

Rumours linking Zidane with another high-profile French star, Manchester United’s Paul Pogba, are also refusing to go away, with Lyon midfielder Tanguy Ndombele regarded as a second choice if that move fails to materialise.

It’s also worth noting the new signings won’t be the only fresh faces from Zidane’s last spell in charge. Firstly, Zidane will have to find space alongside Hazard, Benzema and Jovic (and Mbappe?) for Brazilian Vinicius Junior, one of last year’s few success stories.

Young midfielder Fede Valverde, currently with Uruguay for the Copa America, could also play a prominent role, having been selected to start by Zidane for five of last season’s closing eight games. And ex-Man City winger Brahim Diaz could get more chances to impress too.

So this might have already been a very busy summer, but Zidane’s work in reshaping his team has only just started.

Heading out: Bale, James and Asensio? 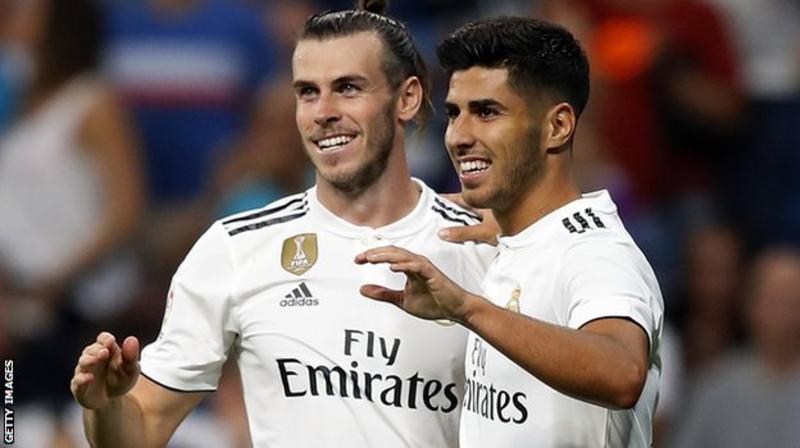 The recent batch of signings, plus the return of several loanees, has swelled the size of Zidane’s squad to an unwieldy 37 players, and from a financial perspective it’s also clear a number of sales must now be made to balance the books.

A fair amount of cash will be raised by trimming the periphery: a few fees of 10-20m euros for players like Dani Ceballos, Marcos Llorente, Theo Hernandez and Mariano Diaz could end up paying for Hazard as well as creating room in the squad.

But several higher-profile stars will also be culled, starting with Gareth Bale. The Welsh winger has suffered a complete breakdown in his relationship with Zidane and finding a new home for the former Tottenham man is a priority for Real – so far, though, the task of shifting an injury-prone 29-year-old with colossal wage demands is proving anything but easy.

Similar struggles could be encountered in selling Colombian midfielder James Rodriguez, who is unwanted by Zidane but rarely did enough during his loan spell at Bayern Munich to court the kind of mega-club capable of meeting his expectations.

Old campaigners Marcelo and Navas could also depart if the right offer comes along, Isco’s future is unclear despite his past strong relationship with Zidane, and another major talent potentially up for grabs is versatile forward Marco Asensio, who has not advanced as much as expected over the last couple of years.

Whatever happens, it’s clear there will have to be significant departures in the next few weeks – and equally clear that the Real Madrid we have been accustomed to watching for the past five years is now a thing of the past.

The New Galacticos are here.