Real Madrid facing up to life without Ronaldo

Following up Zinedine Zidane's treble Champions League success with Real Madrid was always going to be a difficult job for new manager Julen Lopetegui, but having to do it without Cristiano Ronaldo is a monumental challenge.

Real Madrid finished third in La Liga last season after a thoroughly disappointing campaign, 17 points behind arch-rivals and champions Barcelona, but Zidane papered over the cracks by guiding the team to a third European Cup in a row. 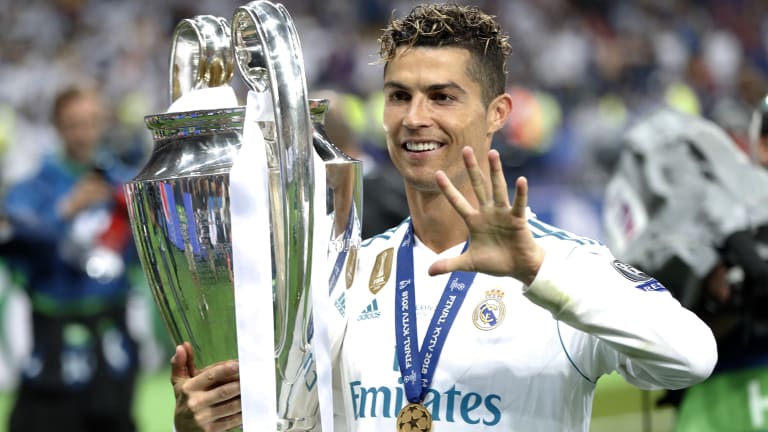 Tough act: Real Madrid are facing up to life without Ronaldo and Zidane.

The coach decided to walk away while he was on top and his surprise departure in May was followed by another, as Ronaldo joined Juventus.

Over the previous nine years Ronaldo was crowned the best footballer in the world five times, helping Real Madrid to four Champions League crowns, with an extraordinary 450 goals in 438 games for the club.

However, in that period Ronaldo only won La Liga in 2012 and 2017, often losing out to Lionel Messi's Barcelona.

While Barcelona have reinforced in the transfer window, Real have not replaced Ronaldo and have found it hard to secure their reported targets.

They have only added Real Sociedad defender Alvaro Odriozola and Chelsea goalkeeper Thibaut Courtois, who is expected to replace Keylor Navas in the team, and they can also use young Brazilian forward Vinicius Junior, although he is primarily expected to feature for the B team. 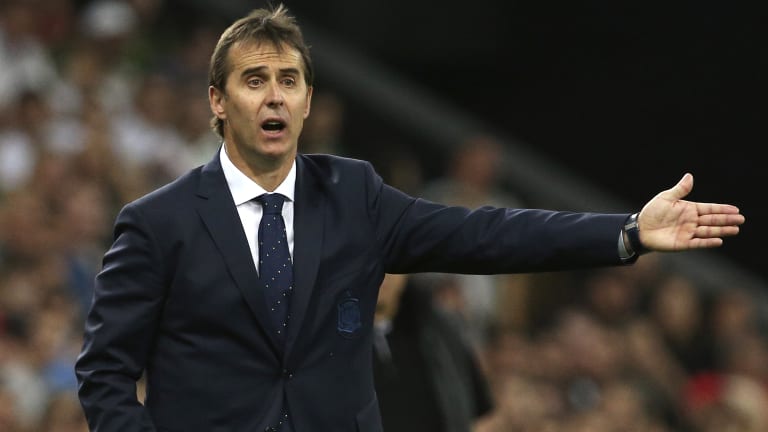 Danger zone: If Lopetegui doesn’t hit the ground running, his tenure could be brief.

Los Blancos need both Gareth Bale and Karim Benzema to step up a level to cover for Ronaldo's absence and Marco Asensio will also be given a more prominent role.

Lopetegui, sacked by Spain on the eve of the World Cup after Madrid announced he would take over from Zidane, was reportedly not one of the club's top choices for the role.

Other coaches turned Madrid down, conscious of the difficulty of following in Zidane's footsteps, but Lopetegui said taking over was the happiest day of his life.

"It's an exciting challenge reinventing the team without Ronaldo, making it competitive and capable of winning titles," said Lopetegui.

"I have no doubt that it will happen with these players that we have."

Madrid president Florentino Perez has not proven patient at the best of times and if Lopetegui does not deliver on those words his time in the Spanish capital may be brief.

An early test against crosstown rivals Atletico Madrid in the European Super Cup on August 15 may set the tone for the Spanish coach. Win and the transition begins smoothly, lose and worries will soon surface.