The Red Bull duo proved yet again how evenly matched they are as they were let loose with a couple of Aston Martin convertibles hitched to caravans. 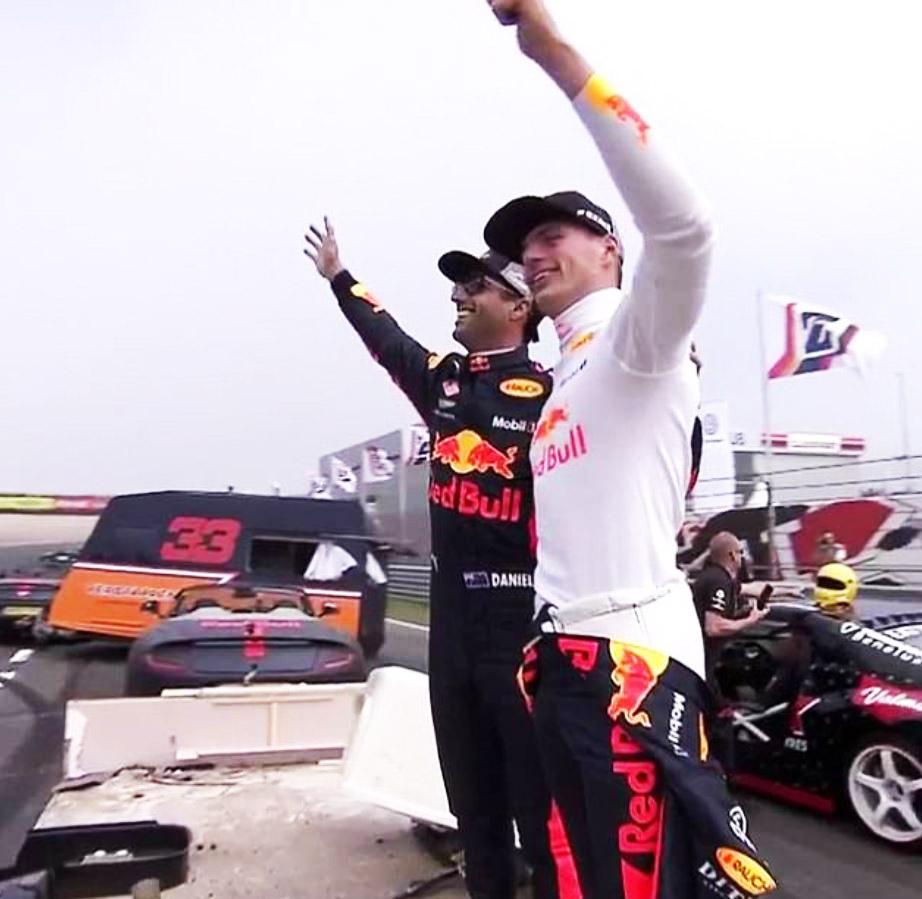 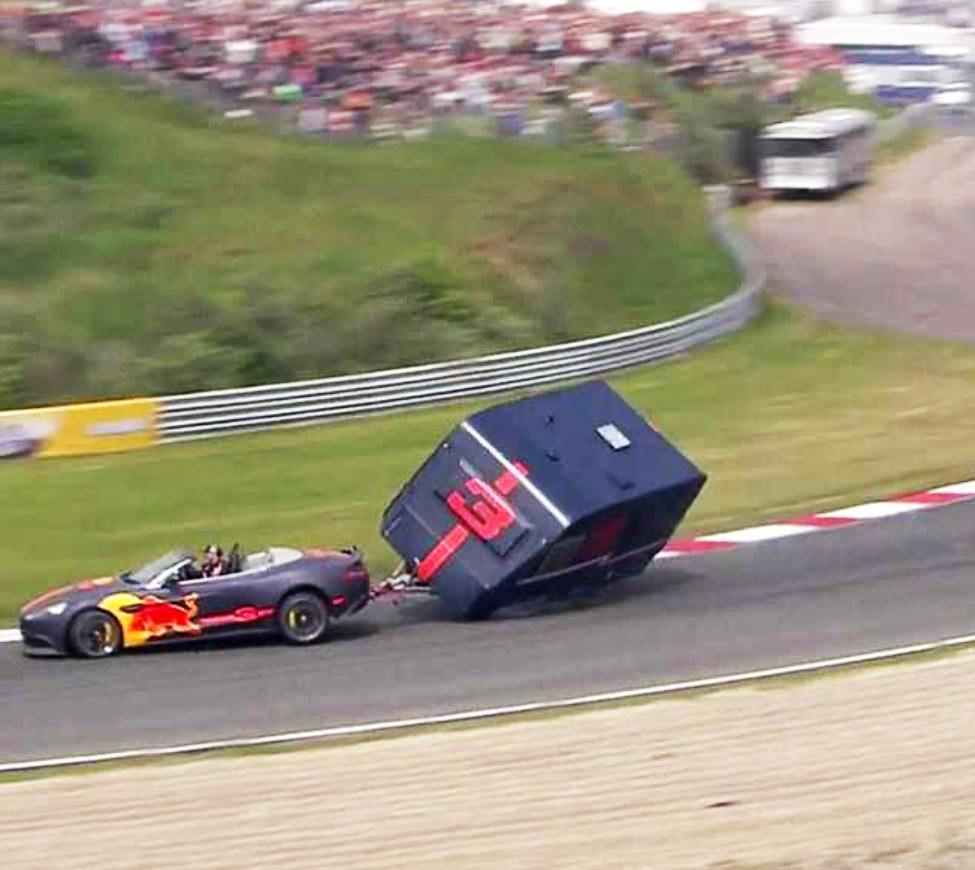 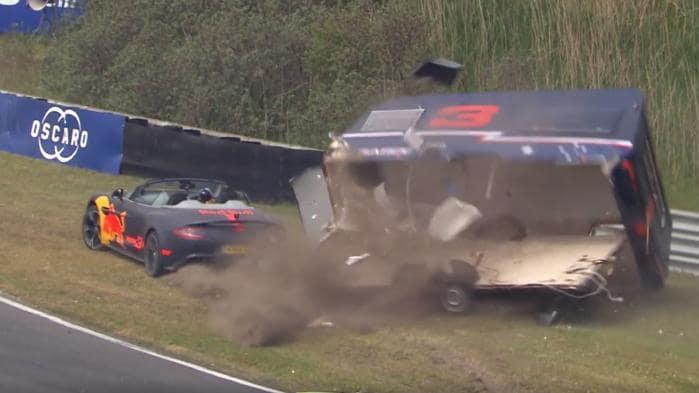 And to the delight of fans watching the action unfold, both caravans were left in tatters.

Verstappen was left in a fit of laughter after Ricciardo accelerated around a sharp bend to purposely overturn the caravan.

The caravan ultimately detached from the chassis, as it smashed against the side of the track, leaving it in ruins. 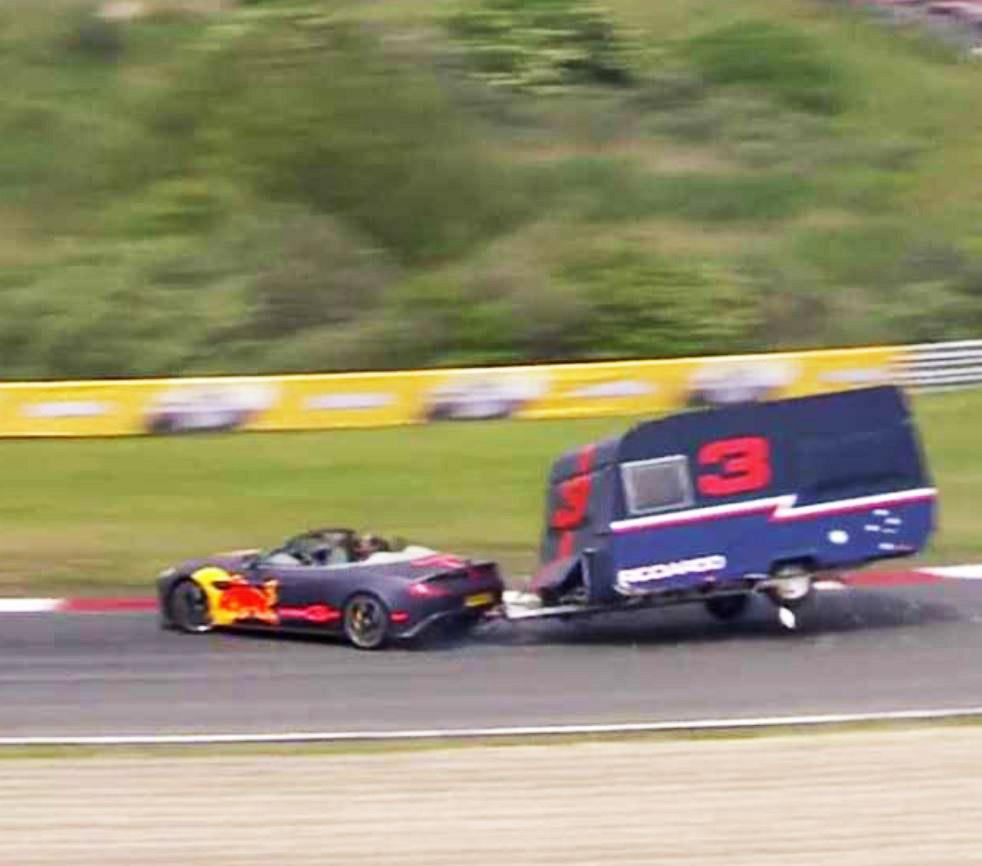 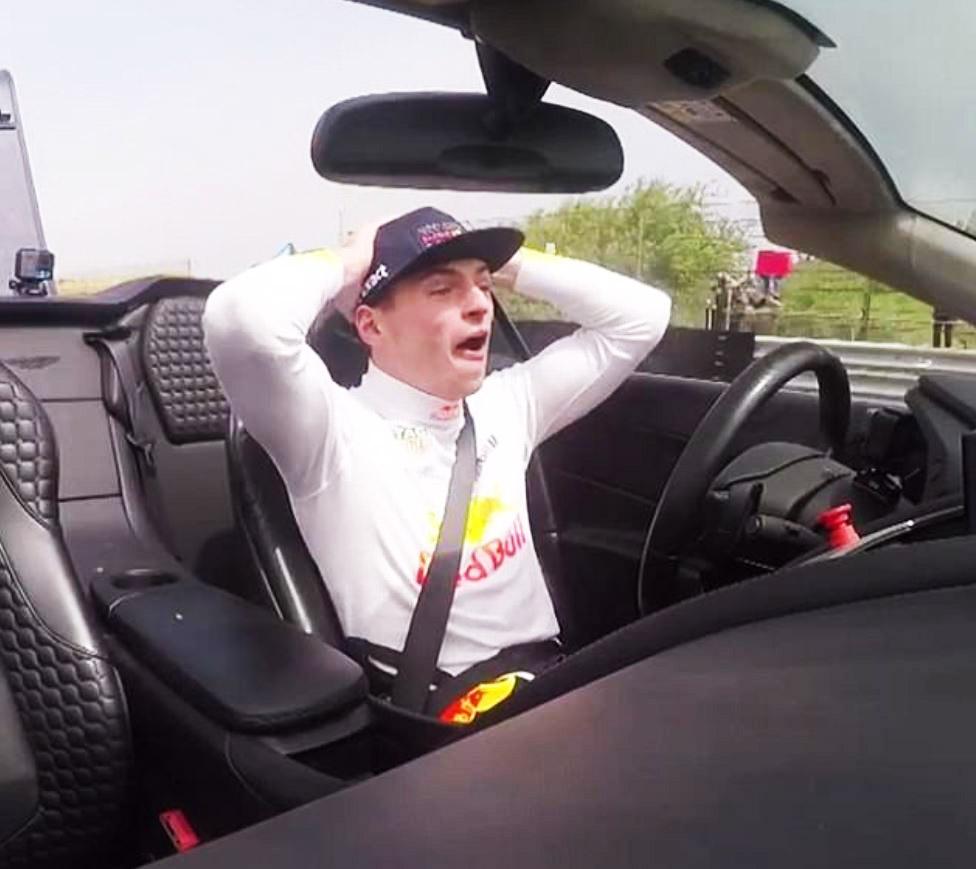 Ricciardo and Verstappen sit fifth and sixth respectively in the Formula One standings ahead of Sunday's Grand Prix in Monaco.

Both men have been on the podium just once in 2018, with 14 points separating the duo. 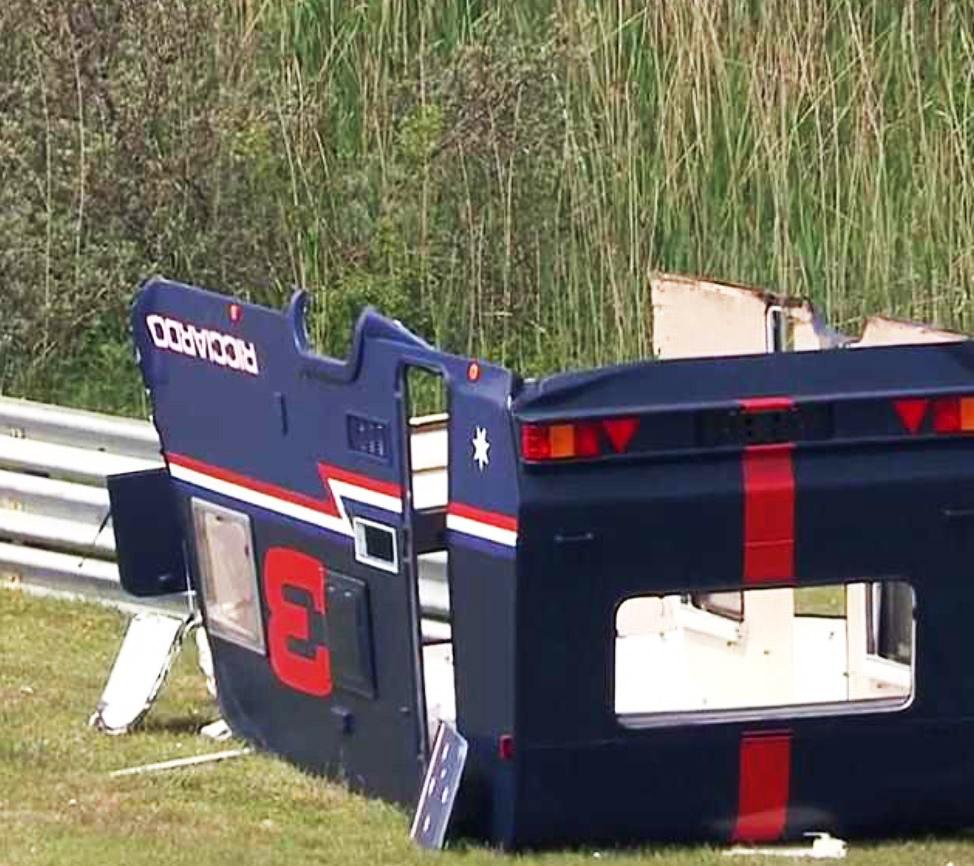 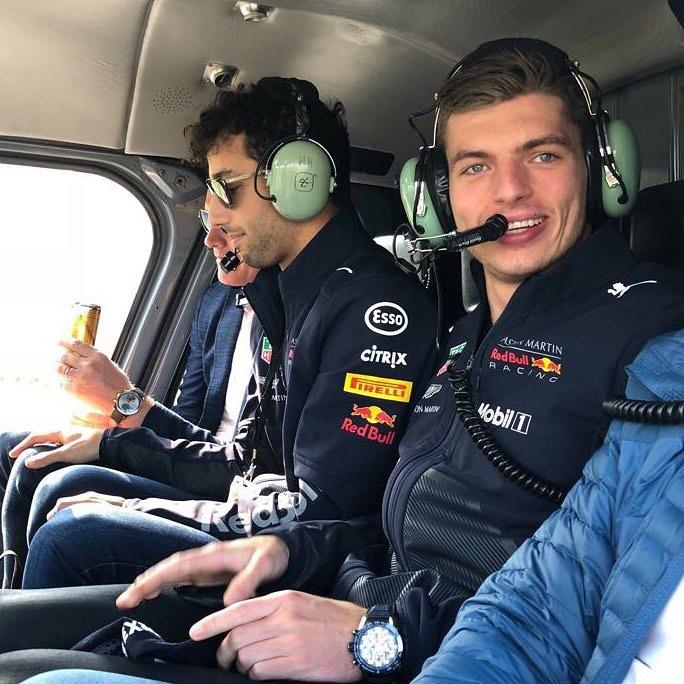 Speaking of Red Bull's chances in Monaco, Verstappen said: "I think we have a good chance to win there.