Tiger Woods has embraced the Ryder Cup unequivocally if perhaps belatedly as he enters the twilight of his career a changed man whose previous tunnel vision has given way to a more expansive view of his role in the sport.

A future captain for sure, Woods will make his eighth appearance as a player in the biennial event as part of the American team to defend the Cup against Europe in Paris next week. 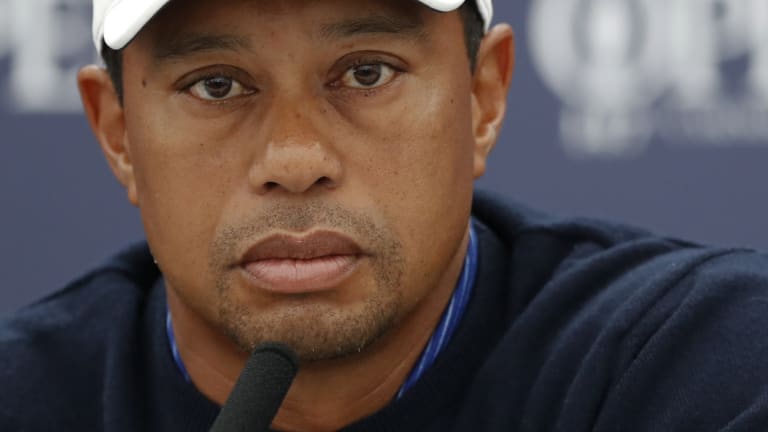 He has been on the winning side only once – at Brookline in 1999.

Woods's Ryder Cup record of 13 wins, 17 losses and three halves is poor for a man who has won 14 major championships- six more than the entire European team combined.

He is 4-1-2 in singles, the format where his superior ability and single-minded focus come to the fore.

His only loss came in his 1997 debut against Costantino Rocca and the two halves easily could have been wins.

He missed a six-footer at the final hole that would have beaten Jesper Parnevik in 2002, and generously conceded a four-foot putt to Francesco Molinari in 2012.

It is in the team formats that Woods has really struggled – 5-8-0 in fourball (best ball) and 4-8-1 in foursomes, the quirky alternate shot format.

U.S. captains have mixed and matched Woods with 12 different partners.

He has a winning record with only two – Davis Love and Chris Riley.

Justin Leonard paired with Woods for a fourball match in 1997, which they halved, and he offers a plausible explanation for Woods's poor record in the team format.

"Tiger's not easy to pair with people, because of the attention that he brings," Leonard said in a conference call to promote the NBC and Golf Channel coverage of the Ryder Cup.

"You're expected to win (but) anybody can beat anybody in 18 holes. Over the course of 72 holes, Tiger has a chance to separate himself."

Woods, 42, returns for the first time since 2010, having missed the past two Cups due to injury.

He has been on the losing side all four times he has played in Europe, which Leonard thinks helps explain the widespread perception that Woods was not really fussed about the event in his younger days.

"I never saw really a lack of passion for the Ryder Cup," said the 1997 British Open champion.

"I think when you're getting beat a lot, it's kind of hard to look forward to it and talk about it a whole lot. You want to downplay it a little bit."

Woods is likely to join up with a 13th partner in debutant Bryson DeChambeau in Paris, at least on the first day.

But do not expect to see him with Phil Mickelson.

They played two matches together at the 2004 event and it was an unmitigated disaster as they stumbled to consecutive quick defeats, ending an ill-fated experiment that no captain has been courageous, or foolhardy enough, to try since.

Even though the relationship between Woods and Mickelson has thawed over the years, some things are a bridge too far.