Australian netballer Renae Ingles has put her family first, withdrawing from the Diamonds ahead of next year’s Netball World Cup.

The 32-year-old Melbourne Vixens wing defence provided one of the feel-good stories on the Super Netball season after her surprise return to the Vixens where she starred throughout the campaign after replacing the pregnant Chloe Watson.

Her form was so good Diamonds coach Lisa Alexander called her back into the Diamonds' selection squad and Ingles was overjoyed to return.

But Ingles has twin pre-schoolers with husband Joe Ingles, who plays with the Utah Jazz in the NBA, thus the family spends most of the year in the US. 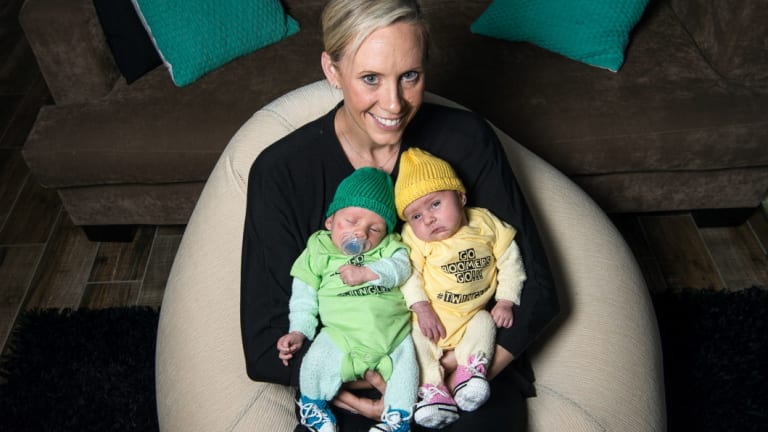 Once Ingles looked over the demands of committing to the Diamonds and maintaining her playing form overseas, she realised it was impossible to work out so she announced on Wednesday she would be withdrawing from the squad.

One positive for Vixens fans is that Ingles has re-signed for next season with the Super Netball campaign running during the NBA off-season when the Ingles are able to return to Australia.

“It was an honour to be named in the initial squad last month,” Ingles said.

“But I know the commitment required to be a Diamond, especially ahead of a World Cup, and I don’t believe I can commit 100 per cent when my family comes first at this point in my life.

“I’m excited to be putting the Melbourne Vixens dress on again in 2019 and, I want the time away from Vixens to be with Joe and the kids.

“The decision wasn’t easy, but I’m so excited to get on a plane to Salt Lake City with the family and have some down time before pre-season starts back in Melbourne.

“I wish all the girls every future success in their campaign for gold at the World Cup in Liverpool next year.”

The Ingles are expected to leave shortly for Salt Lake City ahead of the new NBA season.

“Renae deeply appreciates the sacrifices required to play international netball, so with family her number one priority, we completely understand and support her decision,” Alexander said.

The Diamonds play Tests in September and October with the team to be announced on Friday.