The legends of the Catalan giants turned up to coach two teams at the Ciutat Esportiva Joan Gamper for a post-El Clasico clash. 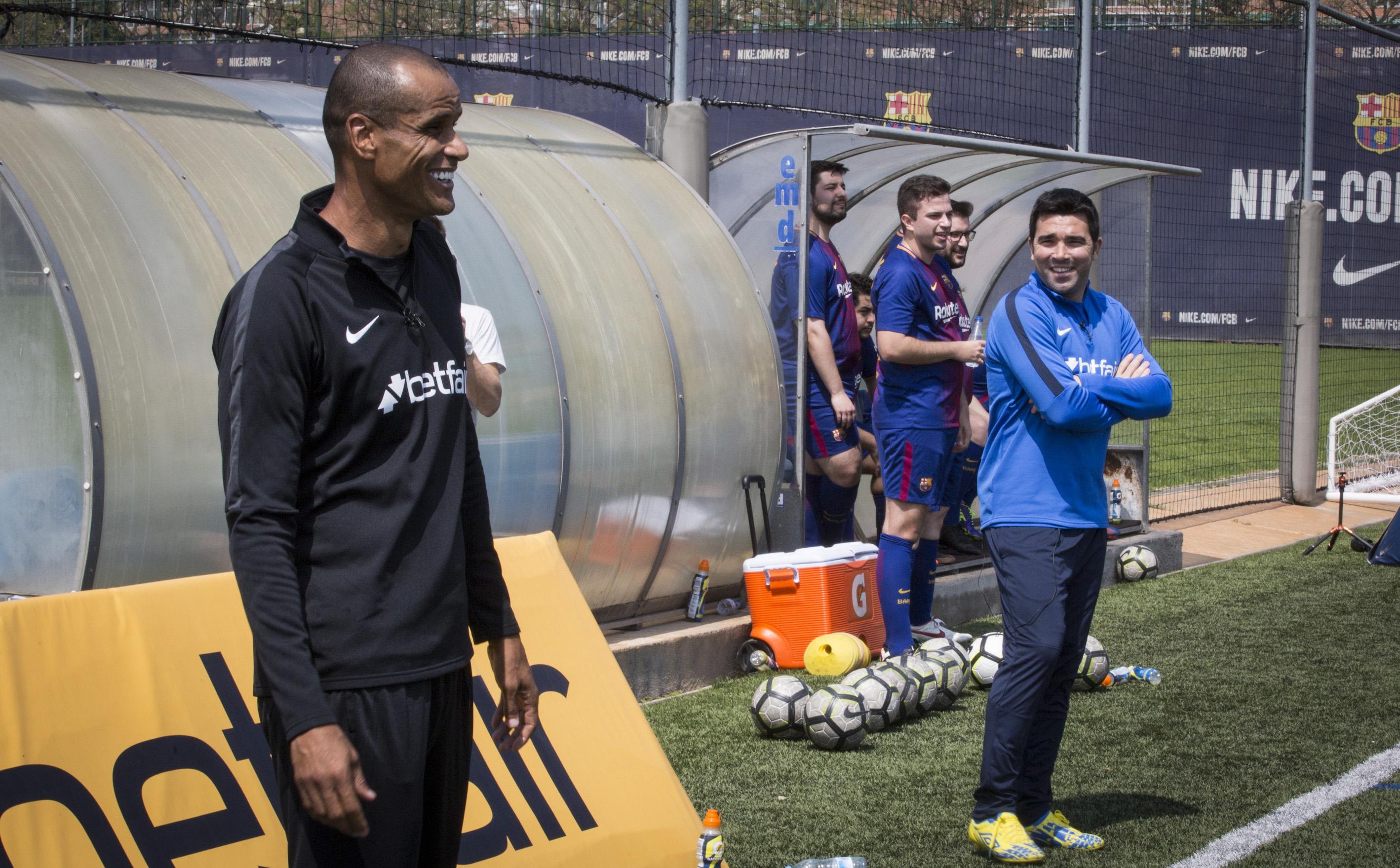 But as the pair strolled into the dressing rooms – oblivious supporters were left star-struck, thanks to the stunt put on by Betfair.

Both Rivaldo and Deco gave a rousing team-talk to their respective sides, before they strolled out to take part in some drills.

After 20 minutes or so, things really started to heat up, as Team Rivaldo took on Team Deco in an 11-a-side match on the stunning 4G surface at Barca's training ground.

Whether it was nerves or just superb defending, the teams went into half-time goalless… before the star coaches introduced themselves early into the second 45 minutes. 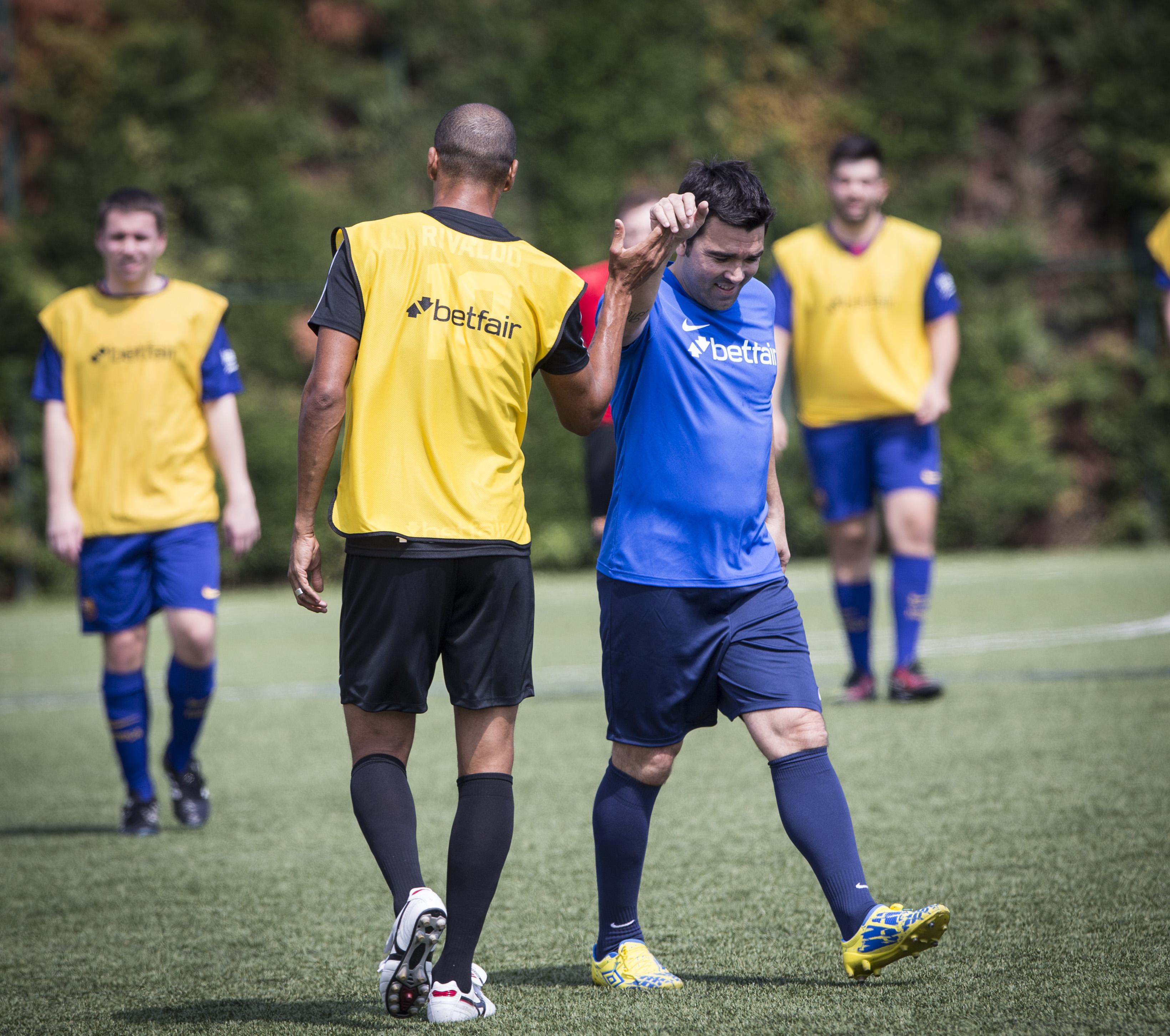 Portugal legend Deco stripped off first, sparking a reaction from his Brazilian opponent – who threw his bib on and charged onto the pitch.

Suddenly things started to click, with Team Rivaldo earning a penalty – coolly converted by the star himself.

Team Deco levelled shortly after, but it was the Brazilian's side who ultimately came out on top to steal a 2-1 victory late on – again scored by the man himself.

After the game, Rivaldo revealed: “Taking part in Betfair’s #UltimateElClasico experience was amazing fun, and to go up against a fantastic player such as Deco made for a great challenge.

"It is always special to return to this magical place, so to share that excitement with superfans from across FC Barcelona’s global fanbase was really cool.”

Meanwhile, Deco added: "I have so many great memories from my time with the club so it has been brilliant to play again at this amazing training complex.

"To do so with Rivaldo was really cool. I was really impressed with the skills on show throughout the group.

"Although I am disappointed my team narrowly lost, it was a great day and we all had a lot of fun!” 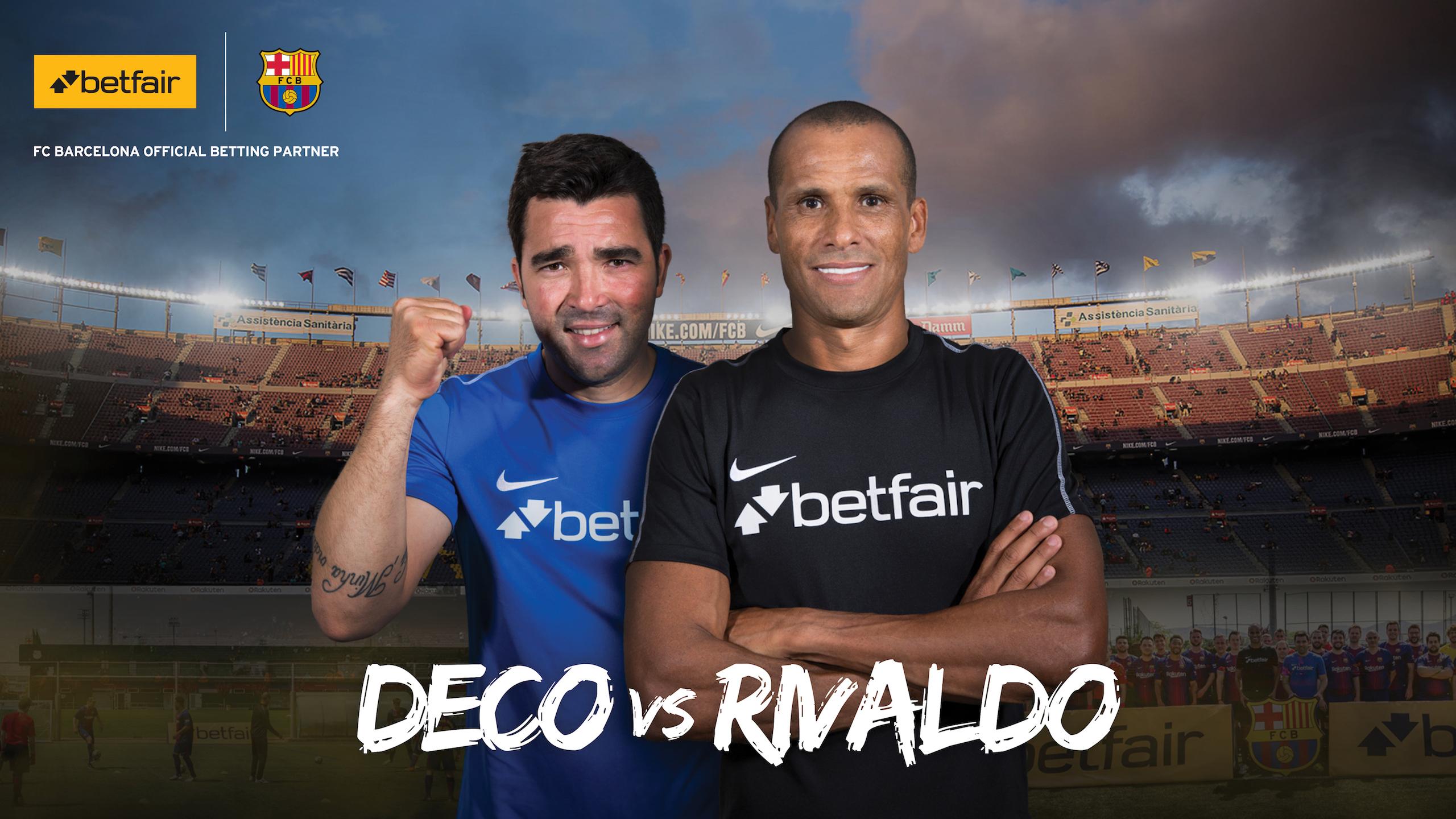 One of the lucky supporters – who hours earlier had watched the thrilling 2-2 draw between Barcelona and Real Madrid – added his delight.

The Betfair competition winner claimed: “I am still in shock!

"To have played football here, at this iconic venue, alongside two of my heroes, Rivaldo and Deco, is truly a dream come true.

"I haven’t played in a few months so I was a little rusty but I just feel incredibly lucky to be here.”