The world No.1 darts player won a third successive title – his fourth in total – following his 11-4 demolition job over Michael Smith at the O2 Arena. 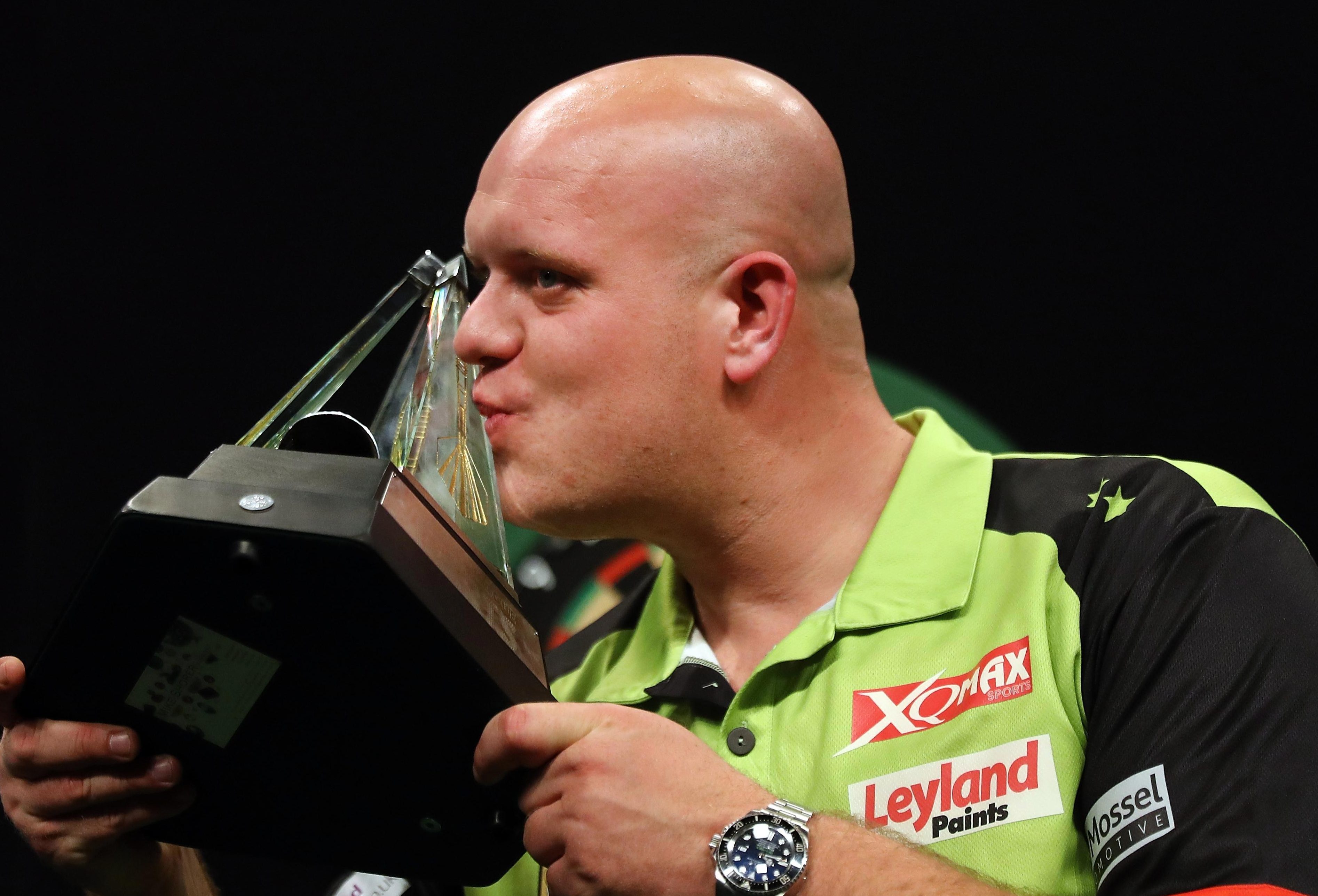 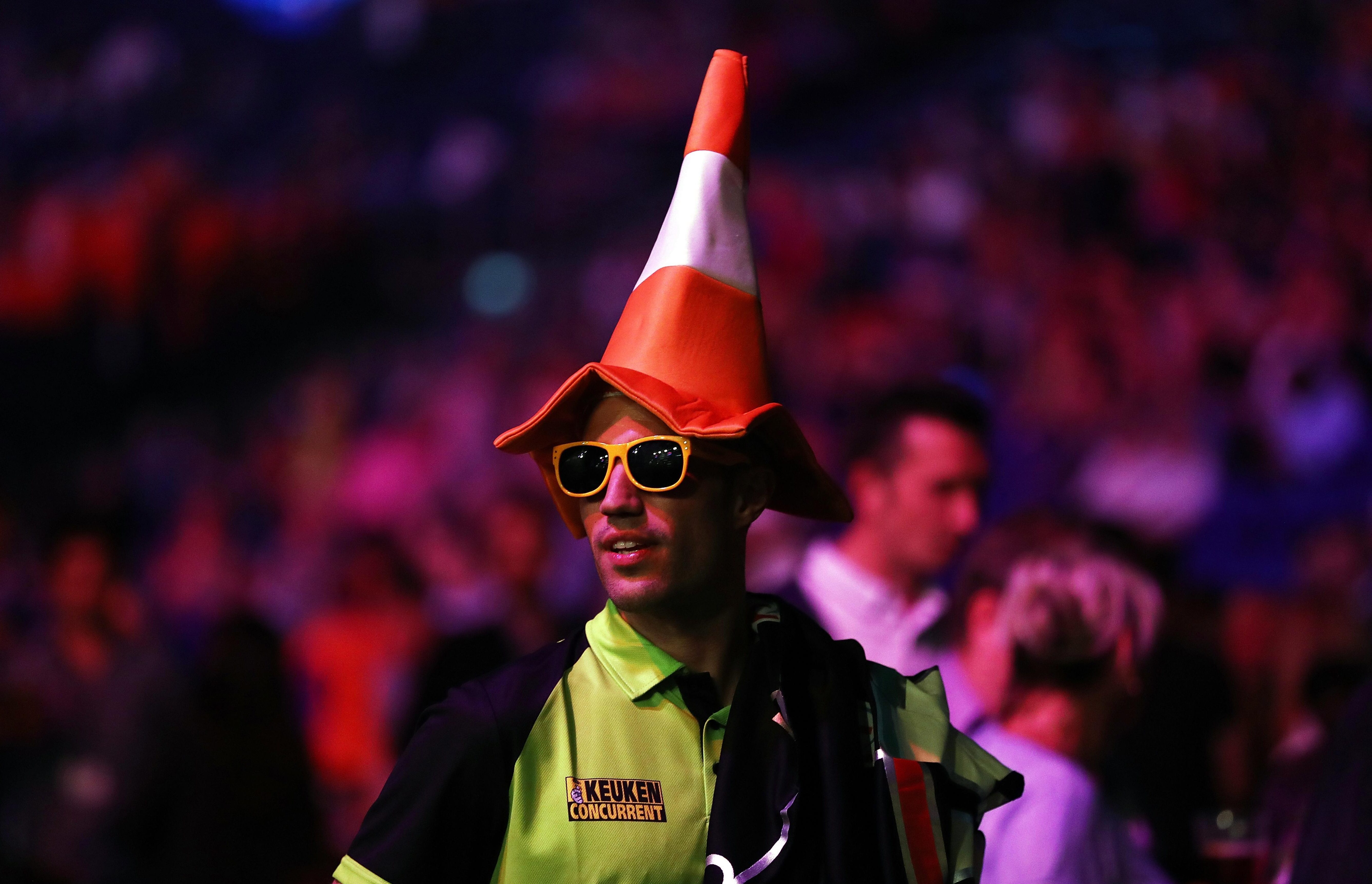 Van Gerwen, 29, underlined why he is the best player in the planet as he claimed the £250,000 first prize in ruthless style.

His average over the 15 legs was an astonishing 112.37 — which was just a few points shy of his world record for a major PDC TV final.

MVG was supported in the stands by fellow countryman Van Persie, the former Arsenal and Man Utd star.

The Dutch striker, 34, now playing for Feyenoord, got into the party spirit as he came to the London venue wearing a replica luminous green shirt and a traffic cone on his HEAD! 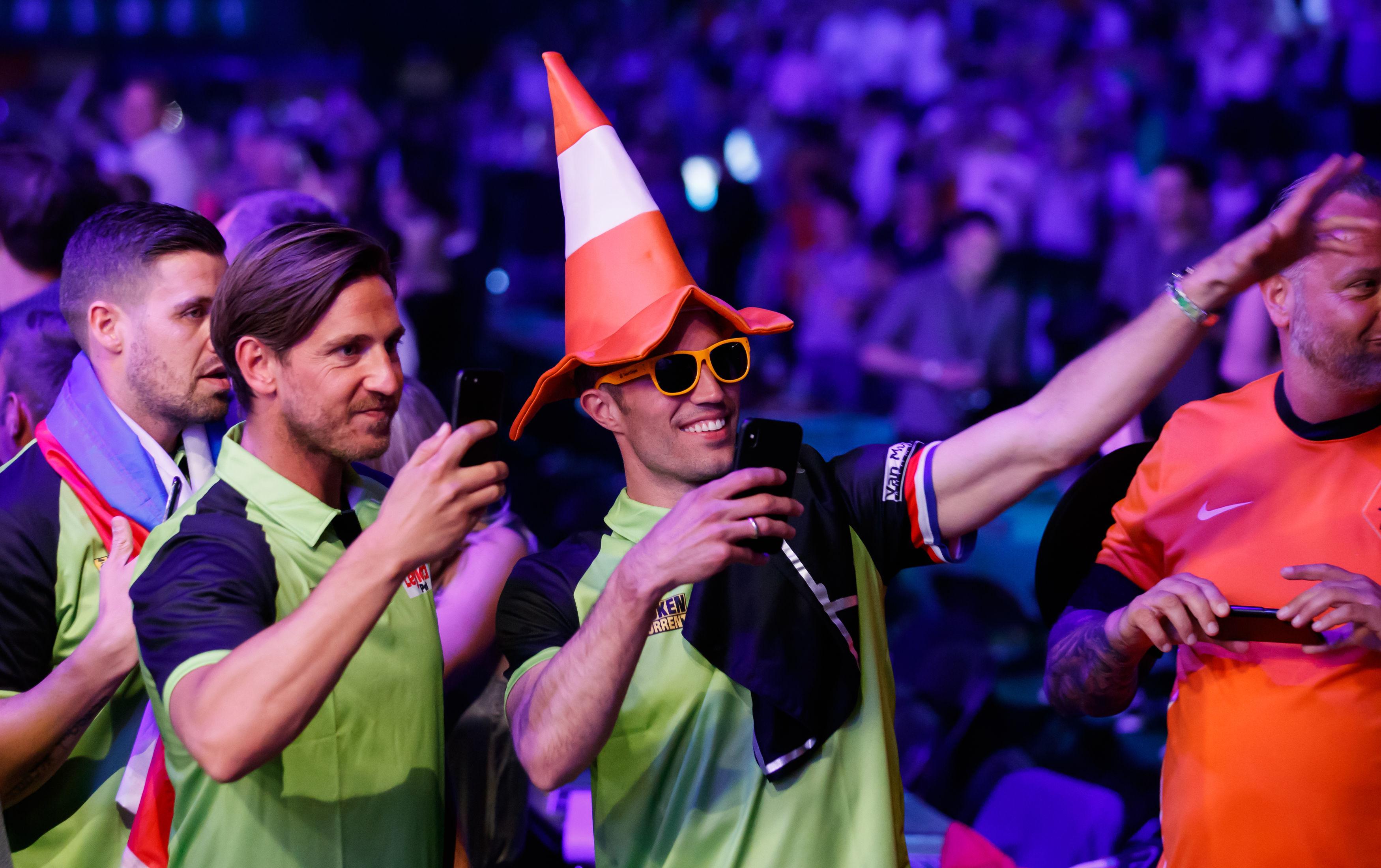 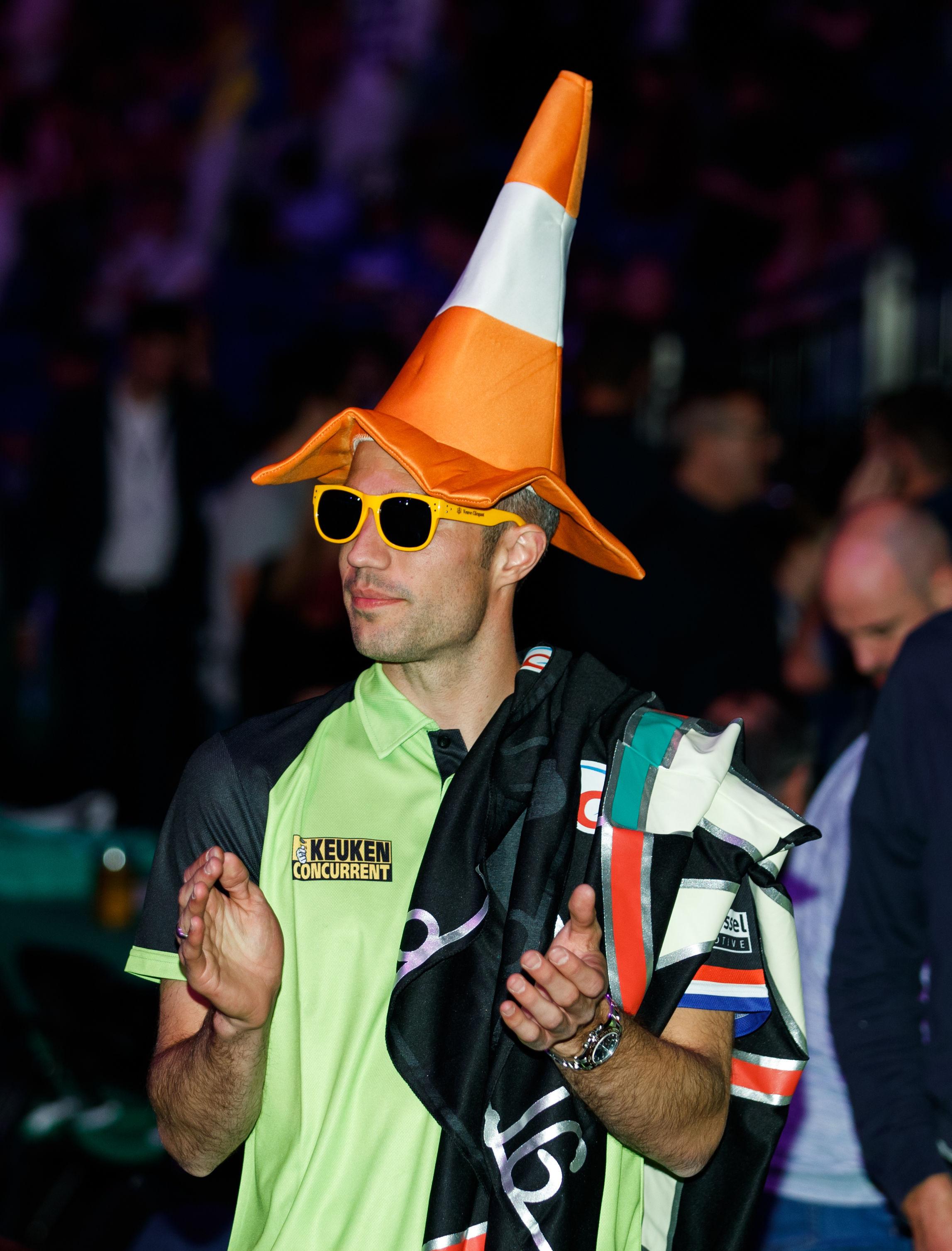 RVP was in ecstatic mode throughout as MVG became the darts MVP within the space of just HALF AN HOUR.

St Helens’ Smith, 27, playing in his first major TV final, has been suffering with pleurisy in recent weeks and the after-effects of that illness were clearly affecting his darts this time.

The Bully Boy, who beat his mentor Gary Anderson in the semis, achieved a measure of respectability with a solid 125 in the 10th leg and then winning the 12th and 14th. 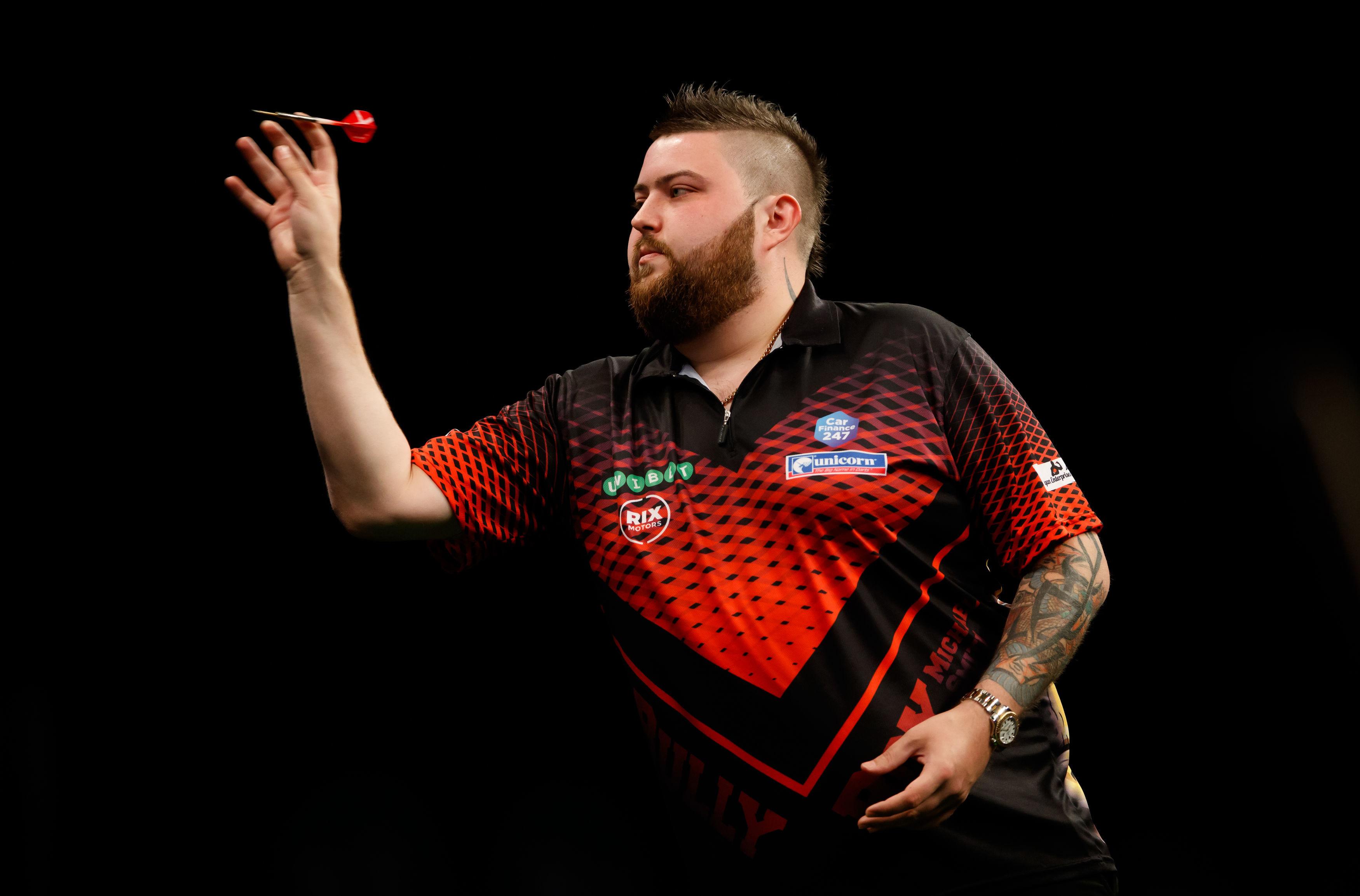 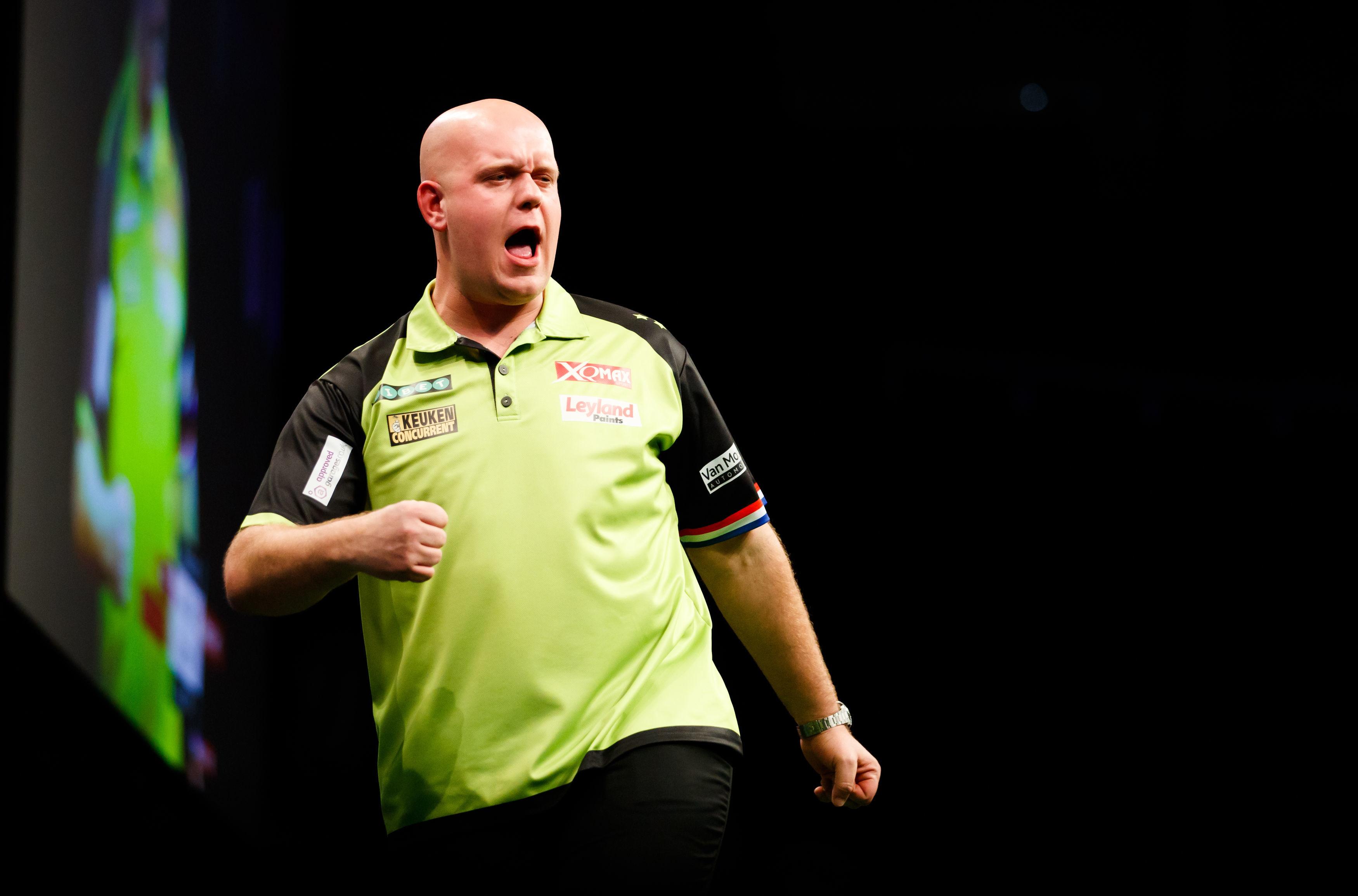 But Van Gerwen was simply far too strong in the closing stages and comfortably secured the victory on 112.

MVG said: “I played phenomenally until the break. Then I saw my average and started to chase my average record. At that point, I wanted to do something extra.

“In a way that put me under pressure to break it. But there was only one winner up there and I am glad I did it.

“I badly wanted to win this one. Everyone knows I didn’t win the worlds.

“This is the second biggest tournament and it means a lot.

“I have worked hard for the past 16 weeks. I am a pleased man. To do something like this is phenomenal."

Speaking about pal Van Persie, he added: “We are close friends. I know him well. I invited him down for the final.

“We sometimes go for a meal. I had a few tickets left over and asked him to fly over. He only came over this afternoon!
“He is a nice man. He always supports the country and all the Dutchman who are playing.
“Robin was the MVP twice, the top scorer for the Premier League.
“How could I not spot him in the crowd? He was straight in the front row!
“People like Robin like to have a nice night out. I am pleased I could give him that – and he didn't fly over for nothing.
“He is a phenomenal man. A family man, and a good person. Sports-related, he loves it." 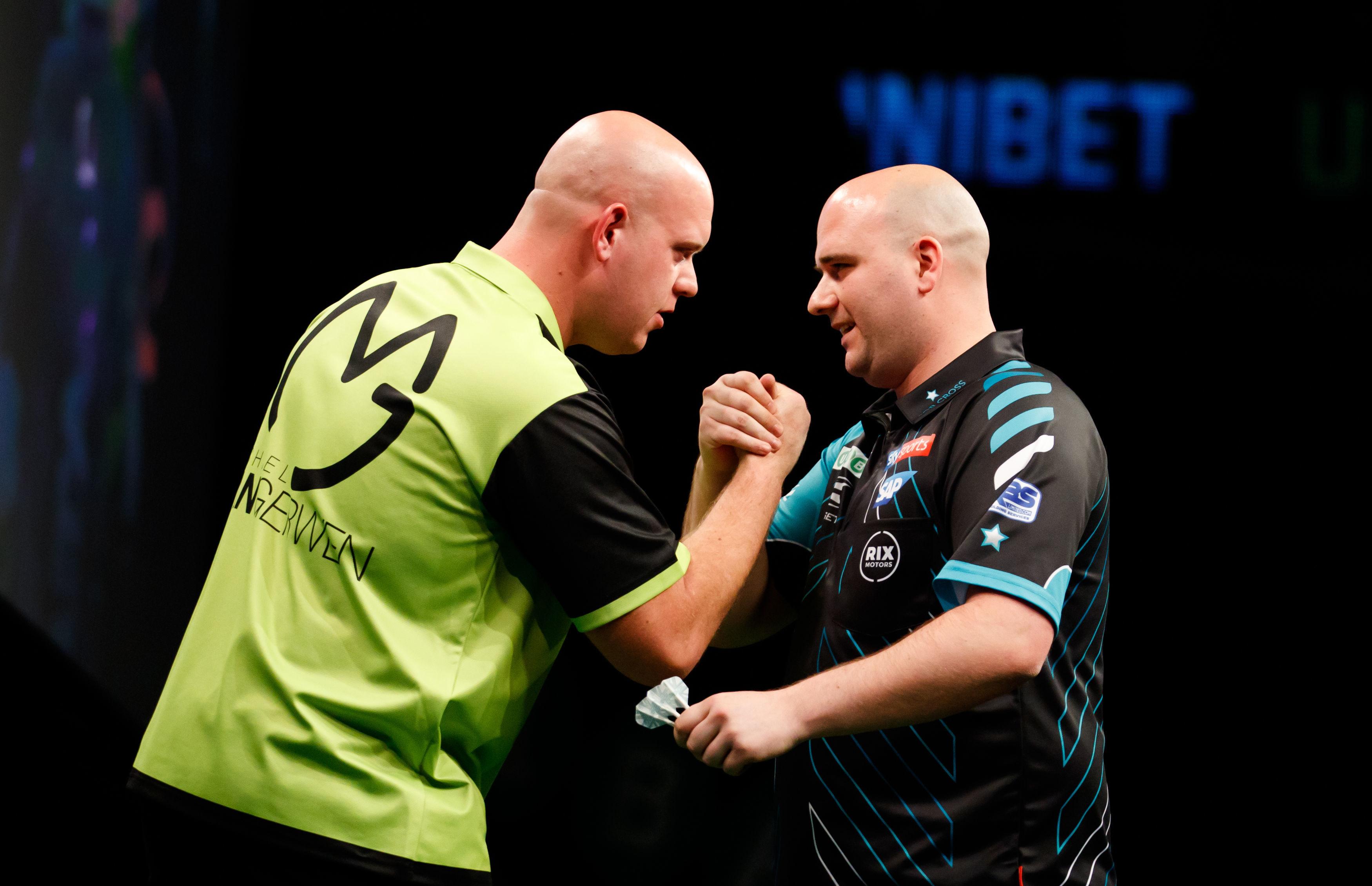 Defeated Smith said: “This man was just too good. I tried my best, but my best wasn’t good enough. He was too good.

“I will come back next year and try to go one further.

“He is No.1 for a reason and that reason is because he is the best player in the world. I had three darts but I wasn’t keeping up with him.”