ROCK AND ROLL legend Joan Jett will perform at WrestleMania 35 to play Ronda Rousey out to the ring.

The music hall of famer’s hit song “Bad Reputation” has been used by the Raw Women’s Champion for her entrance for a number of years. 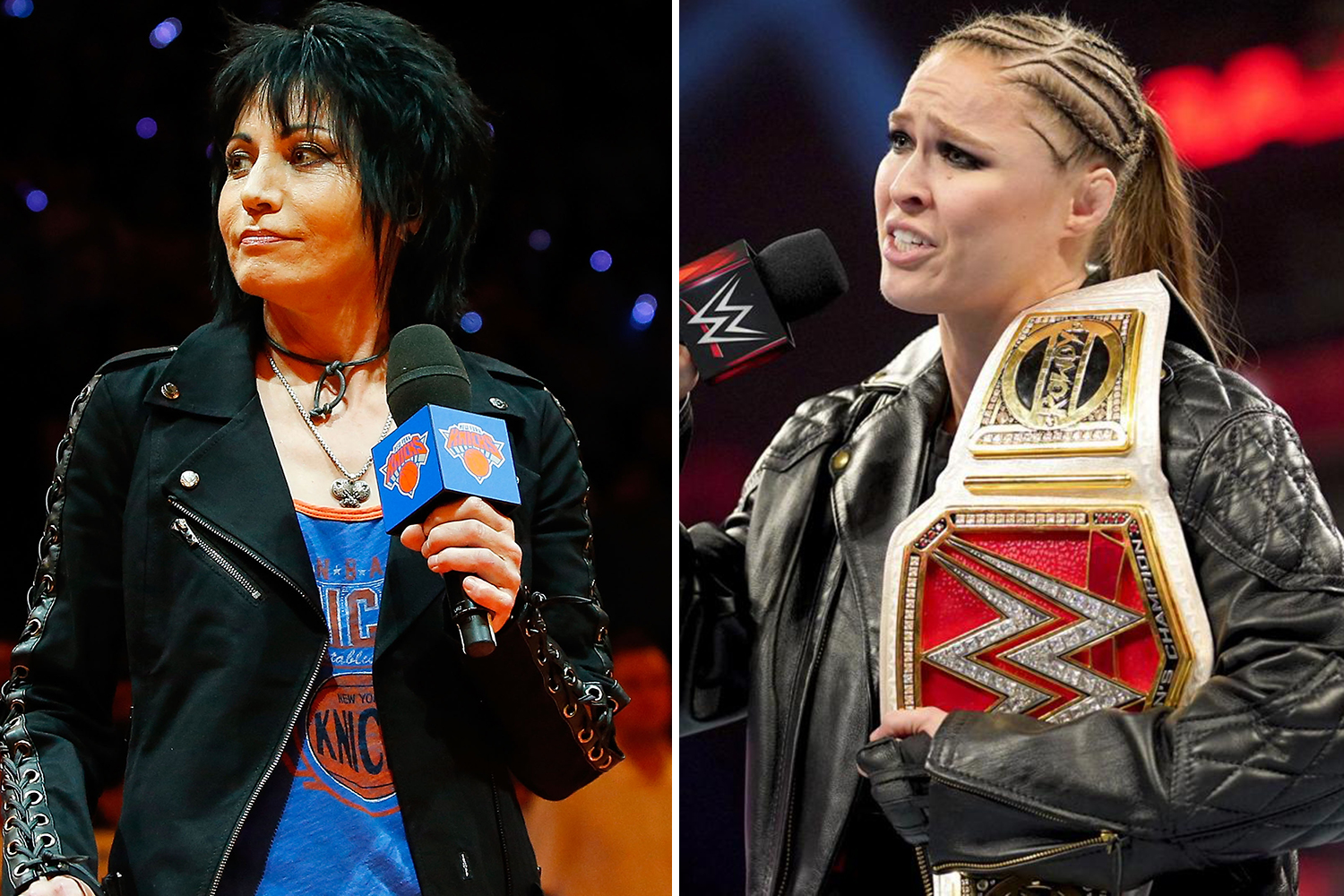 Having first used it in UFC, Rousey has continued that trend since joining WWE in January 2018.

Now Jett will be on hand to sing it live in front of a jam-packed MetLife Stadium and in front of millions watching around the world on the Grandest Stage of All.

Her upcoming performance will help to make the occasion even more special for Rousey as she prepares to make history.

The 32-year-old will defend her title in the first-ever female WrestleMania main event against Becky Lynch and Charlotte Flair in a Triple Threat Match.

“Her performance at this year’s WrestleMania promises to be both exhilarating and inspiring, and we are honoured to watch her join a distinct list of extraordinary performers who have lit up the WWE stage.”

After learning of the news, Rousey tweeted: “Holy hell I can’t wait.”

Jett is following in the footsteps of several other musical icons who have performed at the biggest event in the wrestling calendar.

Motorhead, Snoop Dogg, Run DMC and Diddy are just some of the stellar names to appear at the pop-culture extravaganza.

WrestleMania will be streamed live on the WWE Network on Sunday, April 7 from New Jersey.