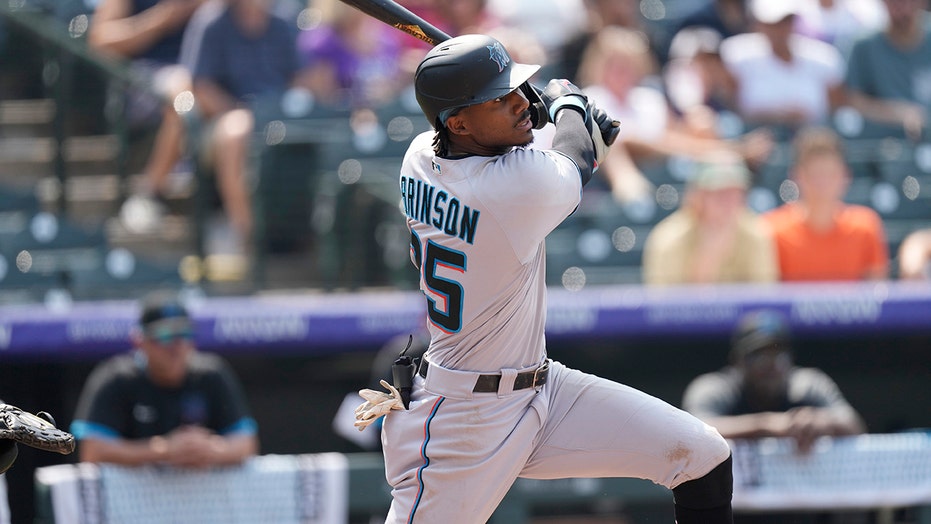 The Colorado Rockies said they are investigating an incident in which a fan allegedly hurled a racial slur at a Miami Marlins outfielder during a game between the two teams on Sunday.

The n-word seemed to be shouted several times while Marlins outfielder Lewis Brinson, who is Black, was at the plate in the ninth inning of the Rockies’ 13-8 win at Denver’s Coors Field.

“The Colorado Rockies are disgusted at the racial slur by a fan directed at the Marlins’ Lewis Brinson during the ninth inning of today’s game. Although the subject was not identified prior to the end of the game, the Rockies are still investigating this incident,” the team said in a statement. “The Rockies have zero tolerance for any form of racism or discrimination, and any fan using derogatory language of any kind will be ejected and banned from Coors Field.”

Marlins spokesman Jason Latimer said the team was aware of the incident.

“Neither Lewis, nor any other Marlins on the field or in the dugout, heard what was shouted,” Latimer told the Associated Press in a text message. “We brought the matter to the attention of the Rockies. How the matter is being handled, I would have to defer to them.” 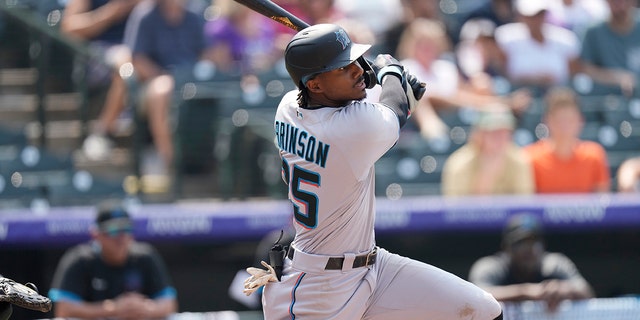 The slur was apparently picked up by microphones during the live telecast of the game and clips were shared online.

A person familiar with the situation told the Washington Post there were microphones placed all around the ballpark, which made it nearly impossible to determine from the audio feed where the slur was yelled from.

Team officials also weren’t able to debrief ushers in the area where the fan shouted the alleged slur until a postgame concert related to the team’s Faith Day celebration ended about an hour later, reports said. The attendance for Sunday’s game was 34,677.

After the game ended, Marlins play-by-play announcer Paul Severino tweeted he was “absolutely disgusted at the language that was picked up by the mics late in the game today.”

“The level of hate that was displayed has no place in this world,” Severino wrote. “Unfortunately it’s still far too prevalent. We need to be better. And soon. Awful.”

Brinson, 27, got two hits, scored twice, and drew a walk in the ninth inning. He is in his fifth season in the MLB.

The Marlins wrapped up their weekend series in Denver and play Monday night in San Diego.

An investigation into the incident is ongoing.