RONALDINHO has had a colourful career to date – but his latest rumoured escapade might just be the wackiest of the lot.

The 39-year-old is currently being detained in a Paraguay prison after being arrested for allegedly trying to enter the country with a fake passport. 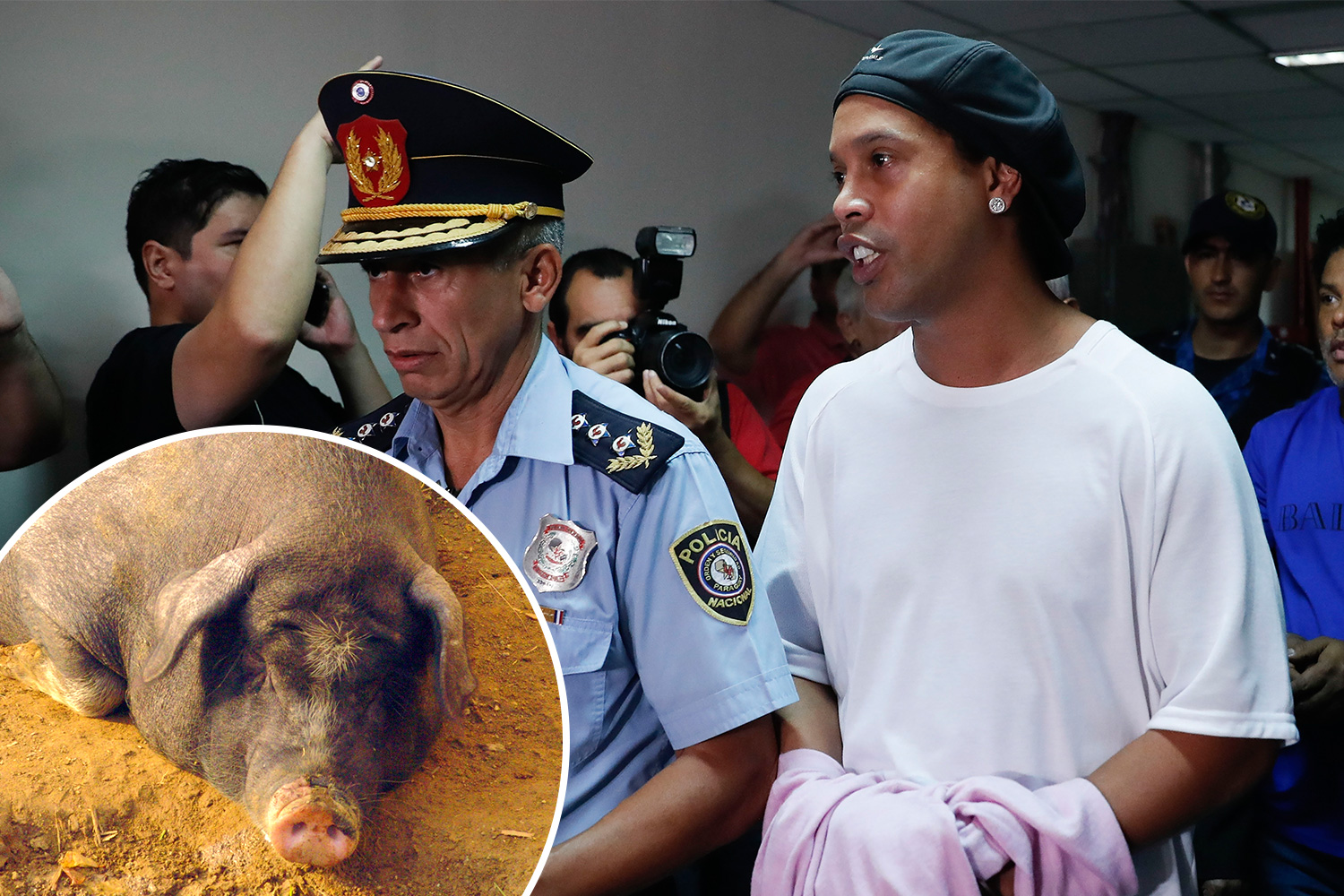 And according to ABC TV Paraguay, the curly-haired Brazilian could be about to take part in a behind-bars football tournament… with an unusual prize on the line.

It is claimed that the various teams of detainees will be slugging it out for the chance to win a 16kg suckling pig.

The farmyard treat is a far cry from the World Cup, Champions League and LaLiga crowns that he played such a big part in hoisting during his illustrious career.

But despite the huge prize on the line, other reports claim that team captains have spoken to the Selecao legend – insisting that he mustn't be allowed to score if he takes part. 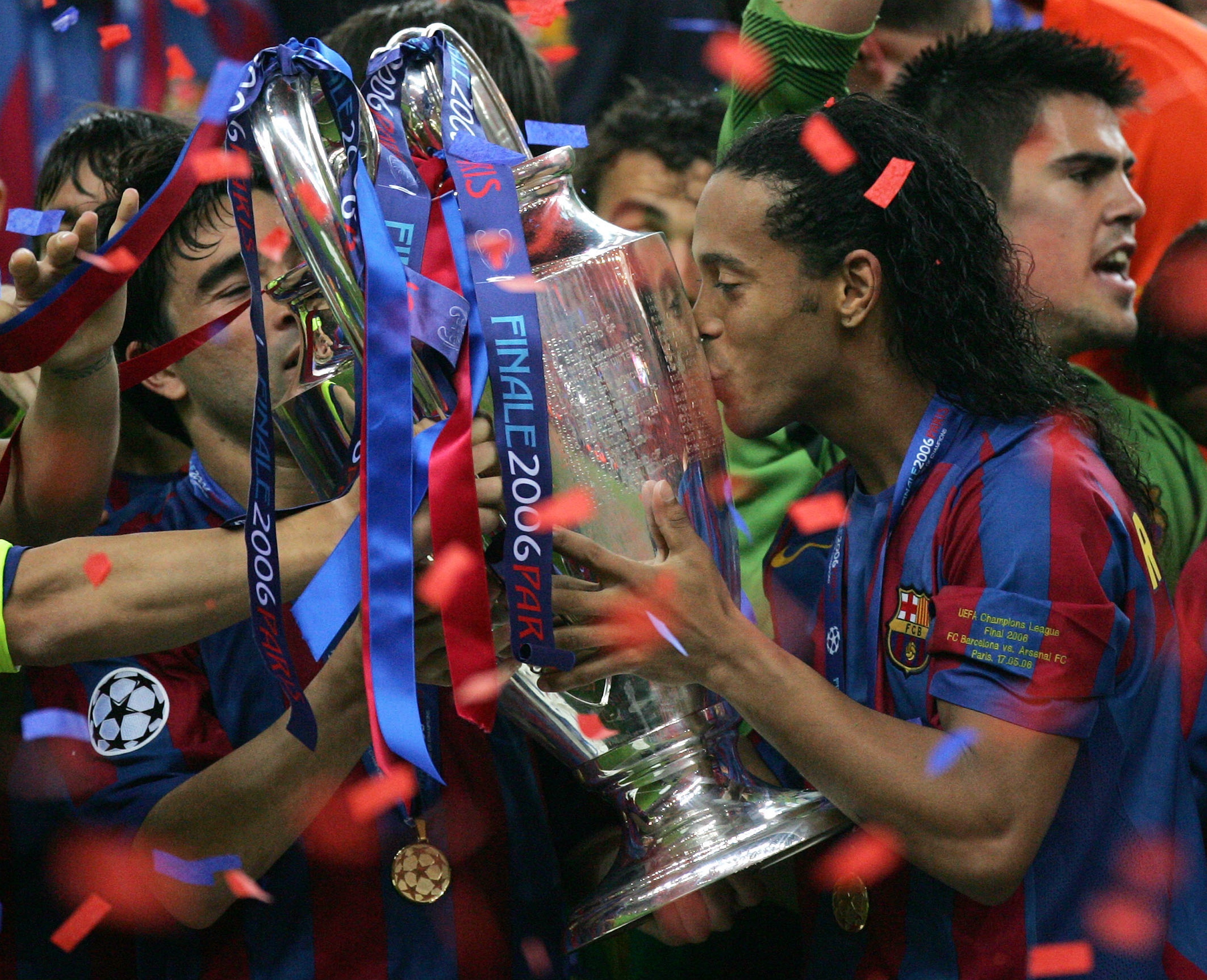 Ronaldinho was branded as "stupid" by his lawyer after being banged up.

His legal rep, Adolfo Marin, insisted that Barcelona's iconic former No10 had no idea that he was doing anything wrong.

He told Brazilian newspaper Folha de Sao Paulo: "The courts have not taken into account the fact that Ronaldinho didn’t know he was committing a crime, because he didn’t understand he had been given false documents. He is stupid.”

And it is even rumoured that Brazilian president Jair Bolsonaro will get involved to try and free his "friend" Ronaldinho and return him to his home country. 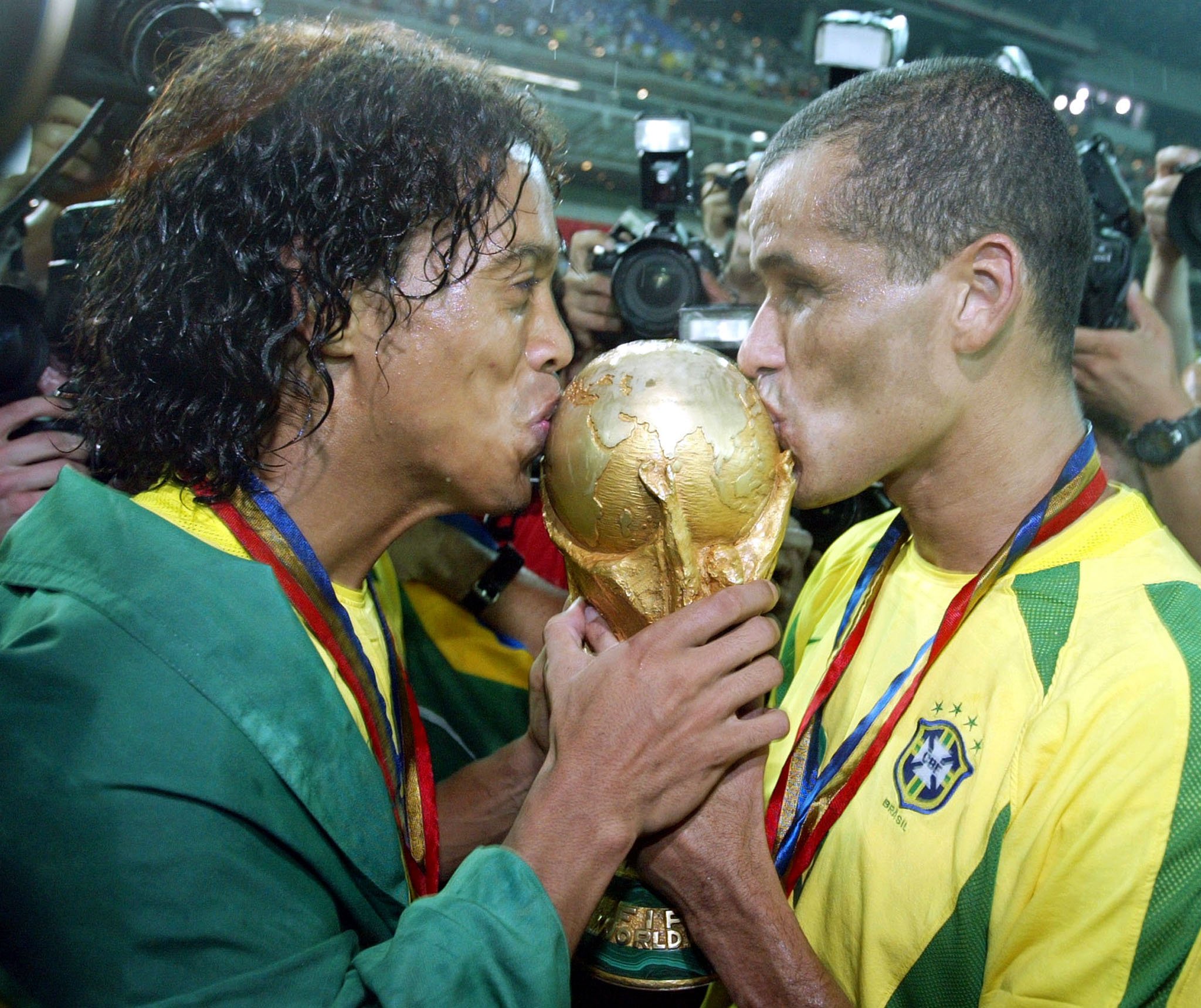 Police were called to the 2002 World Cup winner's luxury hotel last Wednesday after a tip-off he had entered the country hours earlier to attend a charity launch and present his new book with a Paraguayan passport which stated he was a naturalised citizen.

Prosecutors said the passport was requested by a woman before its contents were doctored to include Ronaldinho’s photo and full name – Ronaldo de Assis Moreira. His brother had a similar passport.

The U-turn by Paraguayan authorities following the initial admission they were not seeking to prosecute him, has led to him spending the last three nights in a police cell.