Rory McIlroy Caps Season With a Win at the Tour Championship

ATLANTA — Rory McIlroy’s rolling stroll up the final fairway Sunday at the Tour Championship contained little of the theater of last year’s walk, when he was nearly swallowed up by the swarm of spectators that fell in line behind Tiger Woods, who was closing out his first win since 2013.

This time McIlroy finished head and shoulders above everyone.

McIlroy, who started the final round one stroke behind Koepka, won the tournament and the FedEx Cup for the second time in four years. He posted a four-under 66 — tying Adam Scott, the sixth-place finisher, for the low closing score — for a 72-hole total of 18-under.

McIlroy, the 2016 champion, finished four strokes ahead of Xander Schauffele (70) to collect the $15 million winner’s bonus. In the 13-year history of the playoffs, McIlroy is the second player, after Woods in 2007 and 2018, to win multiple FedEx Cup championships.

“Any time you can do something that only Tiger has done, you’re doing something right,” McIlroy said.

He was looking to redeem himself, he added, after acquitting himself poorly in the final round alongside Woods last year and alongside Koepka more recently, in Memphis.

“I thought a lot about that,” McIlroy said. Referring to Koepka, he added, “I really wanted to go out there and play well and really take it to him.”

Koepka closed with a 72 to finish five strokes back at 13-under, tying for third with

Justin Thomas and muddling the Player of the Year picture.

McIlroy, 30, came into the week ranked fifth in the FedEx Cup point standings, which meant he started the first round at five-under, five strokes behind Thomas and two behind Koepka, who was third in the playoff race.

McIlroy said Wednesday that a victory should earn him Player of the Year consideration, given that it would be his 14th top-10 finish in 19 tour starts.

“I feel like I’ve been very consistent,” said McIlroy, who didn’t exactly display the arrogance of his argument in his stump speech Sunday night to the tour members who will vote on the award.

“He’s had a great season,” McIlroy said of Koepka. “I know it’s going to sting because he most likely will win the Player of the Year.”

At the conclusion of Sunday morning’s weather-delayed finish of the third round, McIlroy was tied for second with Schauffele, who won the Tour Championship as a rookie in 2017.

Schauffele, 25, birdied the second to briefly grab a share of the lead, but a bogey two holes later slowed his charge.

The tournament turned on the 490-yard seventh, a straightforward par-4. McIlroy lashed a 334-yard drive, hit his approach to 23 feet and sank the birdie putt. Koepka, who carried a two-stroke lead to the tee box, lost his ball to set up a double bogey that effectively scuttled his title hopes. He rebounded with a birdie at the par-4 eighth, but lost ground on the back nine with three consecutive bogeys.

McIlroy said at the start of the week that his goal was to shoot 67 every round for a 12-under total. “No one should beat me if I do that,” he said.

For purists who prefer their golf without this tournament’s unusual staggered start, McIlroy shot 13-under (rounds of 66, 68, 67, 66), one stroke better than his victorious total in 2016 and three strokes better than anyone else in this year’s field.

“That and then going out in the final group and shooting 66 alongside the No. 1 player in the world when he got the better of me a few weeks ago in Memphis, I think those two things are probably what I’m proudest of,” he said.

McIlroy, 30, came into the week with nearly $50 million in career tour earnings, so the FedEx Cup’s $15 million payday won’t change his life. But the amount of money on the line seemed to seep into McIlroy’s consciousness on the 14th and 15th holes when he made consecutive bogeys to shrink his lead to two.

McIlroy’s caddie, Harry Diamond, is also one of his closest friends, and as they made their way toward the 18th green, McIlroy turned to him and said, “Well, this walk is a little more pleasant than last year, not running away from a stampede.”

After McIlroy and Koepka got to the final green, it became an amphitheater, with McIlroy basking in the spotlight as “Rory! Rory!” cheers rang out.

He walked off the green rubbing his thumbs across his fingertips in a “show me the money” gesture.

cool to be a part of, I guess.” But he expressed no ambiguity about what Sunday’s finish meant to him.

“To play like that alongside Brooks and get the win, win the FedEx Cup, yeah, it’s awesome,”

McIlroy said. “It’s amazing how different things can be in a year.” 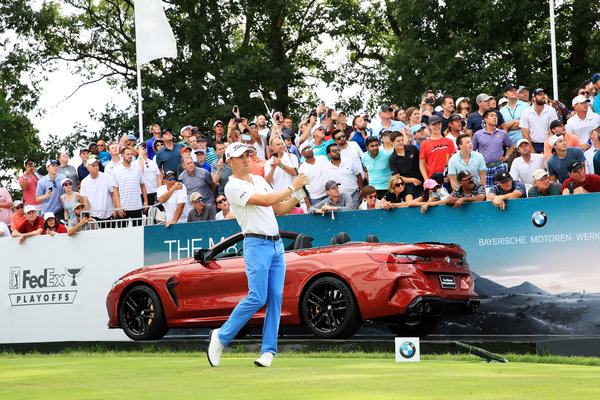 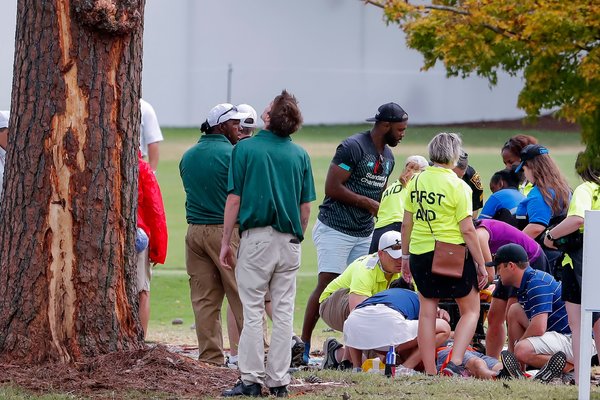 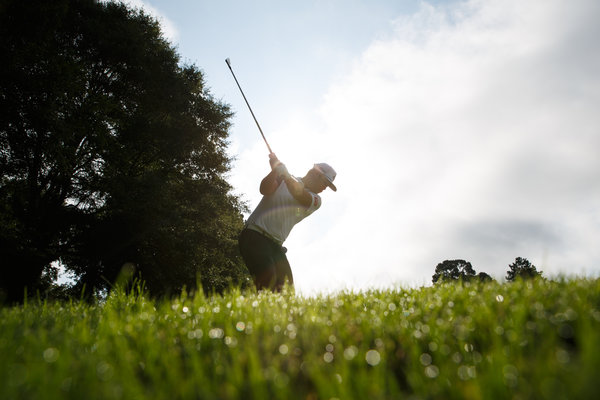 Karen Crouse is a sports reporter who joined the Times in 2005. She started her newspaper career at the Savannah News-Press as the first woman in the sports department. Her first book, “Norwich,” was published in January, 2018.  @bykaren