There were no anger issues here for Brendan Rodgers’ Hoops this time.

It was a nervy night in Norway with the Parkhead side playing nowhere near their best.

But they held firm to win through to the next round.

The two young stoppers refused to be beaten and gave their most solid displays for the club so far in their careers. 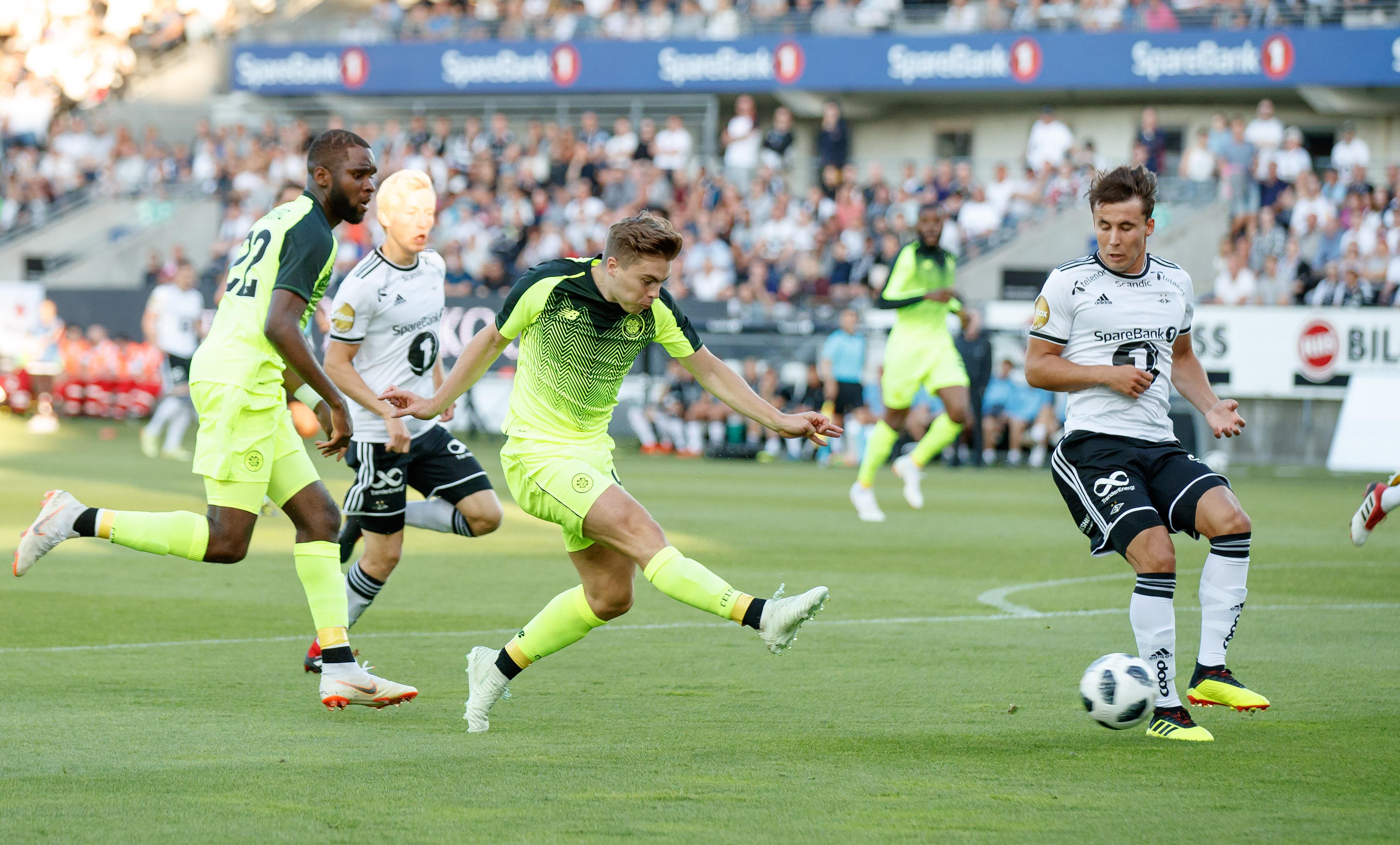 Rodgers will have hoped for a better performance than this in an attacking sense.

But considering the calls for new defenders to be brought into the club this was a night to be delighted with.

When push comes to shove Celtic did everything asked of them to set up a next round clash with AEK Athens.

It was hard to envisage Celtic blowing it here.

They’d done all the hard work at their place a week earlier with a comfortable and emphatic 3-1 first-leg win.

Truth be told, Rodgers’ side should have rammed home their superiority much more than they did back in Glasgow. 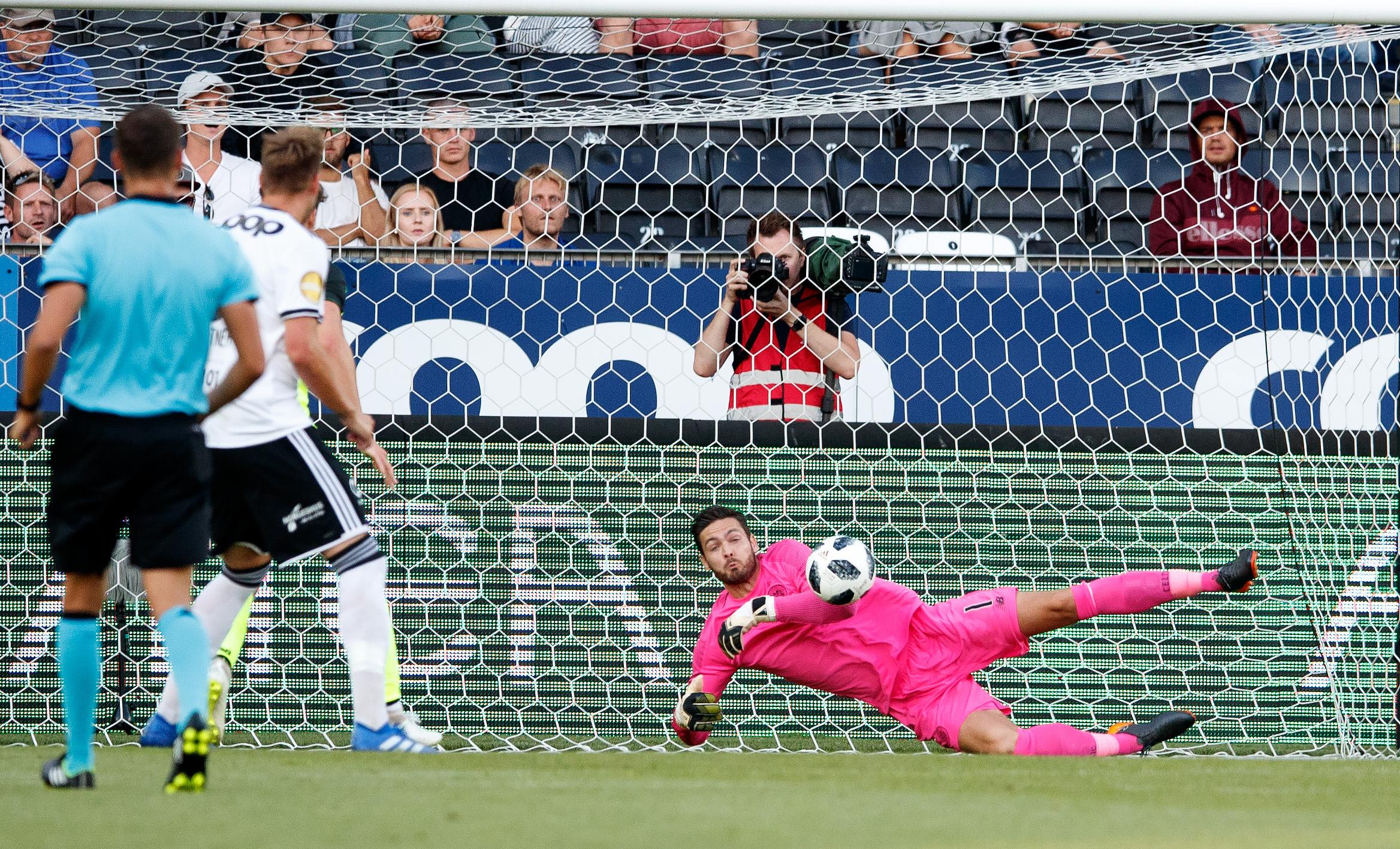 They came here two goals to the good but considering the chances they had, this second leg should have been nothing more than a formality.

If nothing else, though, the score coming here demanded they keep their eye on the ball.

It just seemed highly unlikely that Scott Brown and Co would allow this tie to slip from their vice-like grip.

Without being unkind, the Norwegian champions had the stench of a bang average outfit whose days of making it into the Champions League group stages were very much behind them. Ten years it’s been. Expect it to be ten more.

But then stranger things have happened.

Scottish teams rarely make things easy on themselves where European football is concerned, do they?

And this was no different.

For spells here last night you feared that Celtic weren’t quite at it and would be made to pay. 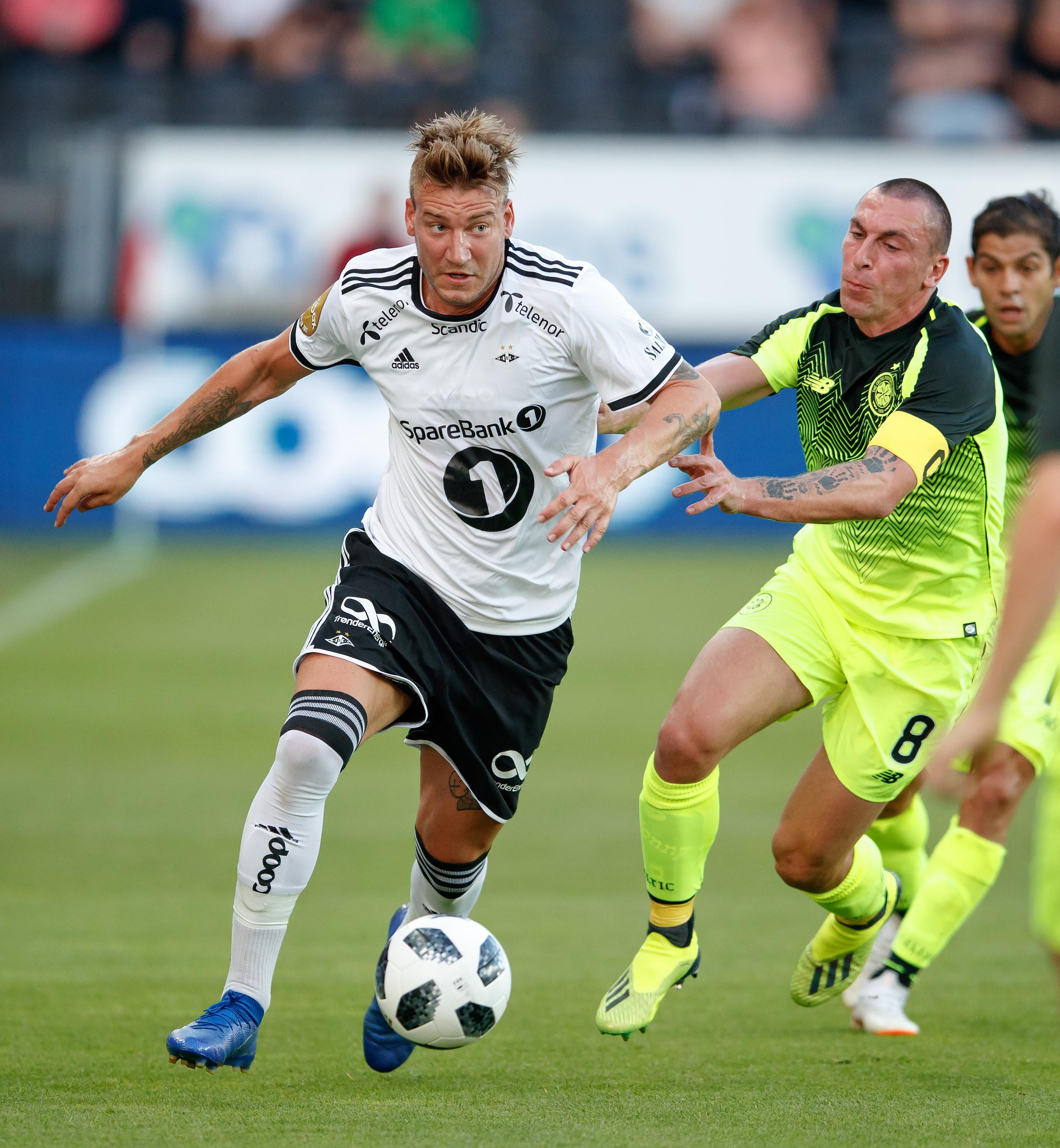 You couldn’t help think the locals here didn’t hold out much hope.

Their die-hard Ultras provided an atmosphere but with countless empty seats around the ground it was far from intimidating.

Celtic’s priority was to make sure they didn’t give the opposition any encouragement.

One slip early on – like in the first-leg – and Rosenborg would start to believe they could turn things around. 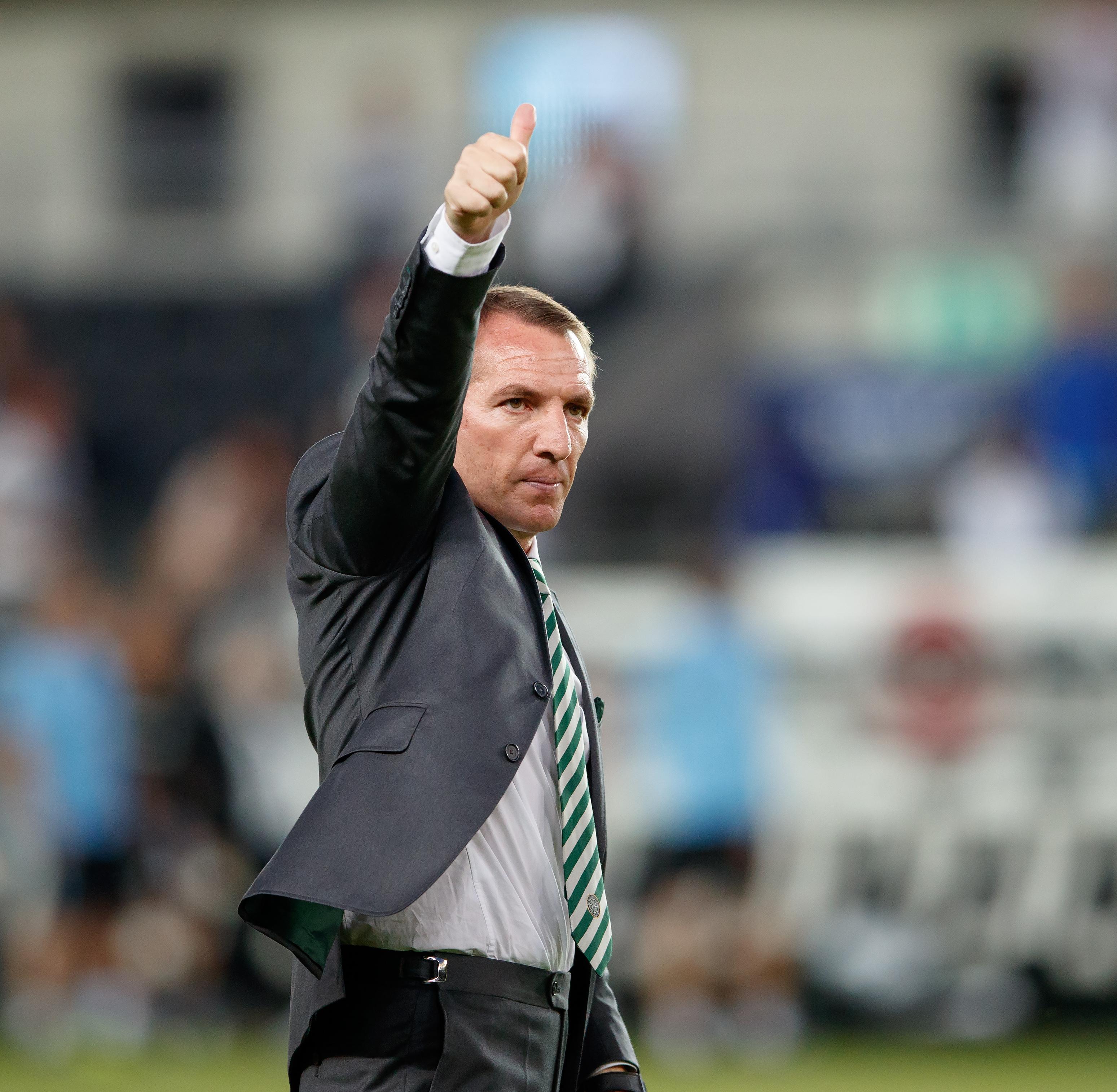 The home side made a decent start, Cristian Gamboa required to defend brilliantly to stop a promising counter-attack inside the first ten minutes.

Shortly after that Craig Gordon made an uncharacteristic mistake which almost saw Hendry turn the ball into his own net.

Rosenborg had a shout for a penalty too after 21 minutes when left-back Birger Meling went down inside the box with Hendry in close attendance.

Thankfully Swiss referee Sandro Scharer had a good view of it and waved away the claims.

It wasn’t a great start by Celtic in any shape or form.

There weren’t many travelling fans here – roughly 200 – but they must have been a bag of nerves as they stood in their corner of the ground.

Rodgers’ side were too passive from middle to front.

Scott Sinclair kept his place wide on the left but too often his touch was nowhere near good enough when he really had to be.

It was just all a bit too worrying.

Rosenborg lacked a cutting edge in the final third and it was just as well.

They should have gone 1-0 ahead on the night seconds before the whistle blew for the break but Gordon pulled off a stunning save.

Midfielder Marius Lundemo’s header was aimed towards the roof of the net before it was tipped over the crossbar.

Had he powered his effort downwards it might just have been a different outcome.

The interval gave Rodgers a chance to sit his players down and remind them of what was going to be required in the 45 minutes ahead.

Less than a minute into the second half and Celtic came within inches of going ahead.

Odsonne Edouard twisted and turned his way into the box from the left and whipped a shot which was agonisingly close to finding the top corner.

It was better, much better from Celtic.

Soon though they were back to a level of sloppiness on the ball that continued to make life difficult for themselves.

Scott Brown – who’ll become the first Scot to play 100 European games against AEK Athens – was also slack in possession and forced to race back to recover.

Gordon had another save to make after 64 minutes when Jonathan Levi smashed a shot on target which had to be beaten away.

At the other end Sinclair had the goalkeeper scrambling when a Gamboa cross from the right hit him and almost found the net.

Brown flashed a header wide from a corner in another close call.

The Norwegians managed to get the ball in the Celtic net with four minutes remaining but Gordon had clearly been fouled with the ref right to disallow it.

Slowly but surely Rosenborg lost heart with Celtic finding some composure to see it out and take their place in the next round.

Athens next promises to be a different proposition altogether.