Rosewall: Kyrgios and other young guns must wait

With tennis superstars Rafael Nadal and Roger Federer ensconced at the top of the world rankings, Australian great Ken Rosewall believes a change to the status quo is at least a year away.

On the 50th anniversary of Rosewall’s second French Open triumph – and the first slam of the Open era – the Australian also had a word of warning for the country’s top-ranked man Nick Kyrgios: improve your fitness to play across five sets or risk not meeting your potential. 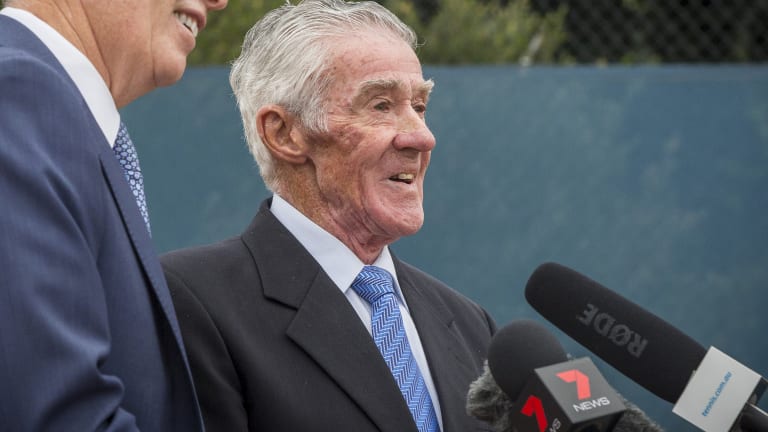 “In some ways, he’s his own worst enemy,” said 83-year-old Rosewall.

Kyrgios, 23, is battling an elbow injury ahead of the start of the French Open this weekend.

Rosewall, a tennis legend whose career spanned the amateur and professional eras, says Kyrgios will only end Australia’s 16-year drought to find another grand slam champion with greater application to training.

"With the leading (Australian) players, there's been a few obstacles," Rosewall said.

"Nick is one that has more potential than anybody.

"He does have a physical problem, which is not his fault, (but) certainly he needs to work a little bit harder on his physical fitness.

"He doesn't seem to play any long matches.

At the pinnacle of the men’s game, Nadal regained the world No.1 ranking with his latest claycourt title in Italy at the weekend.

Rosewall believes the Spaniard and 20-time grand slam champion Federer’s ascendancy in the sport will remain for some time yet.

“I’m like millions of others, I’m a Federer fan,” Rosewall said.

“The question with the younger players (on the tour) – I think they’re near, they’re getting nearer, but it might be another year or so before you could say that someone else is favourite for a tournament.

“It seems like another year or so that you’re going to say that Nadal or Federer are favourites for a tournament.

“(Novak) Djokovic of course has had some physical problems, so hopefully he’ll overcome that and be the force he was before.”

Kyrgios will test his fitness for Roland Garros by playing doubles with friend Jack Sock at this week’s ATP event in Lyon.

He's missed six weeks on the tour and was last seen in action in Houston at the US Men's Clay Court Championships.

The world No.23 has an impressive 11-4 record this season, with two of those losses coming to Alexander Zverev.