Rotherham 2 Scunthorpe 0 (agg 4-2): Richard Wood and Will Vaulks fire Millers to Wembley in quest to bounce back from League One

Goals from captain Richard Wood and player of the year Will Vaulks fired the Millers to Wembley and kept them on cause for an immediate return to the Championship. 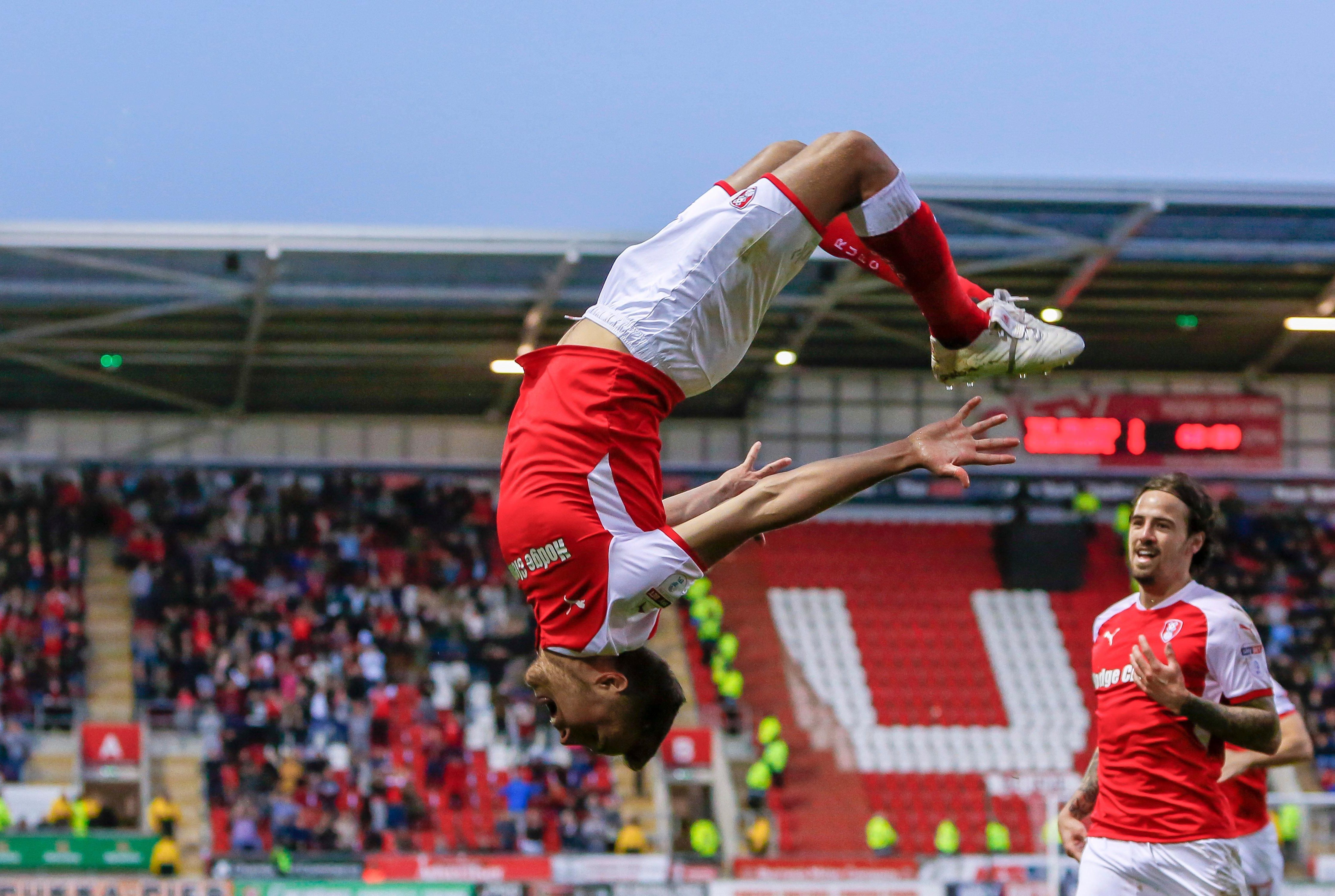 Scunthorpe were forced to start rookie goalkeeper Rory Watson after regular number Matt Gilks failed to recover from the knee injury suffered in the first leg.

Watson, 22, who played just four league games in the regular season, eased any fears he would be hit by play-off jitters by pulling of two stunning first half saves.

Rotherham defender Michael Ihiekwe, who netted an own goal in Saturday’s 2-2 draw at Glanford Park, looked certain to score from point blank range.

But somehow the heroic Watson managed to claw the ball behind for a corner. 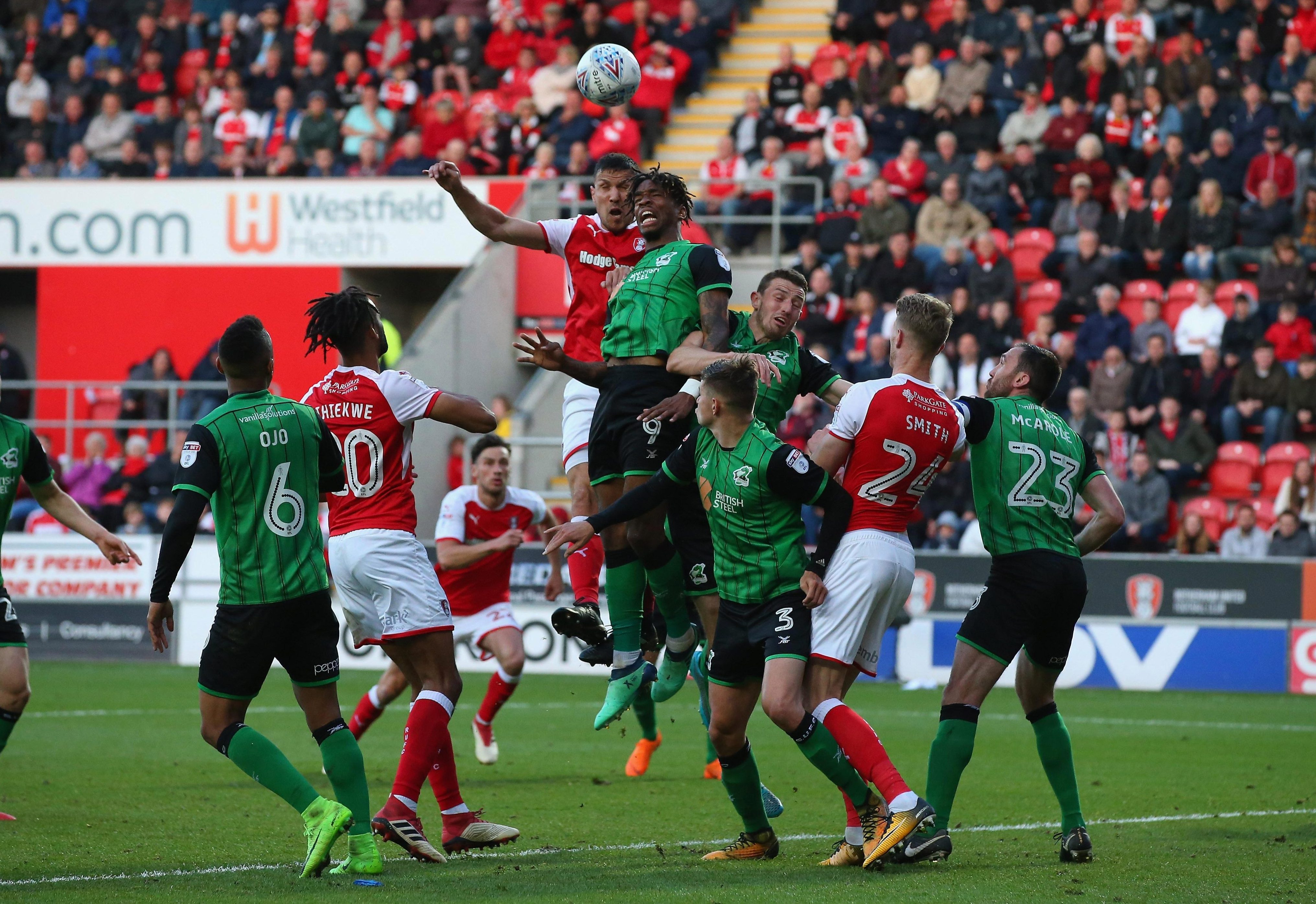 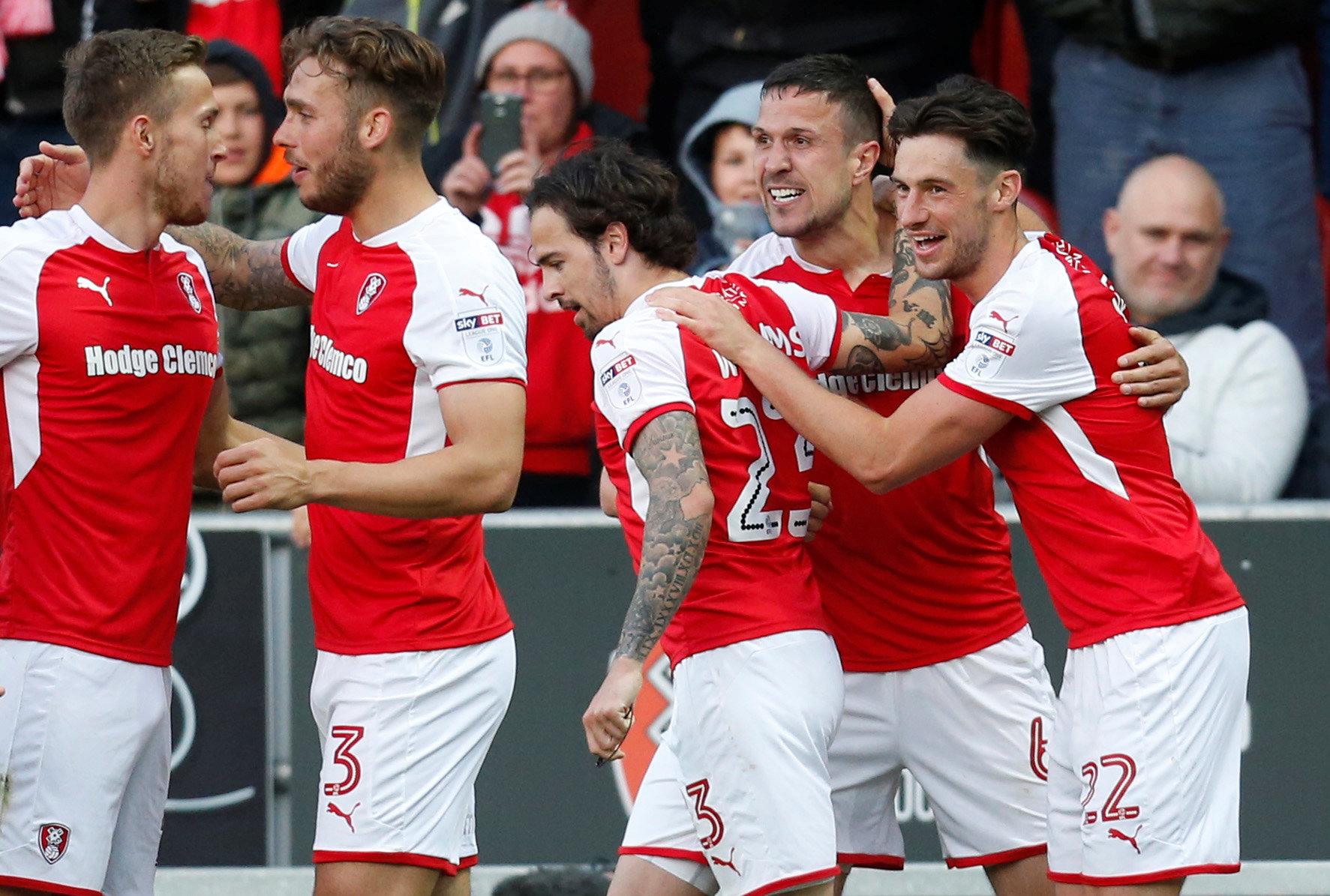 Watson then flung himself full-length across his goal to keep out Richie Towell’s vicious long-range shot.

Michael Smith should have put the home side in front when he was picked out by Matt Palmer’s cross but could not keep his header down.

Watson was powerless to stop Wood putting the Millers ahead with his fifth goal of the season in first half stoppage team.

Midfielder Vaulks hurled in a long throw and Wood towered above the Scunthorpe defence to head home powerfully. 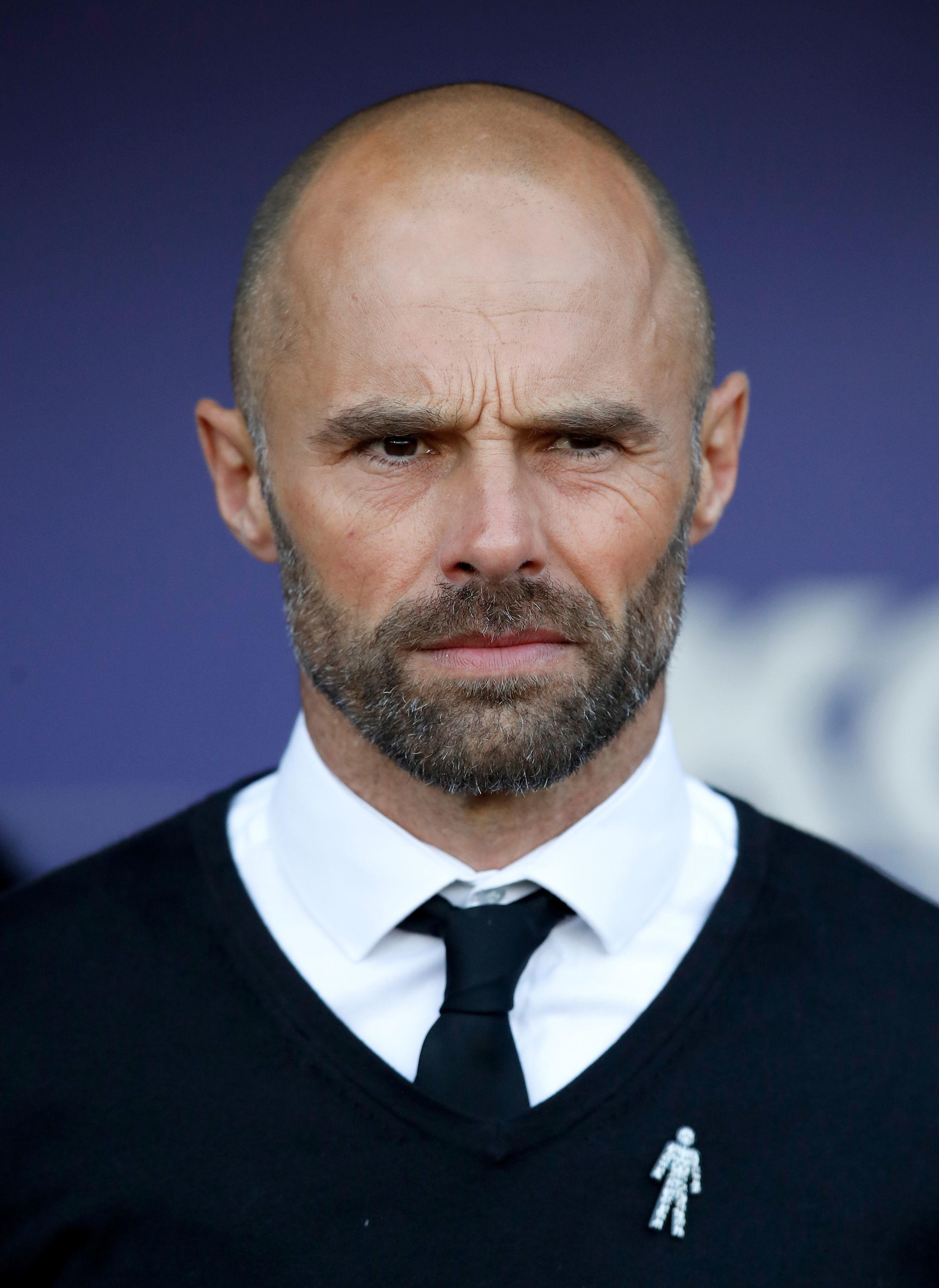 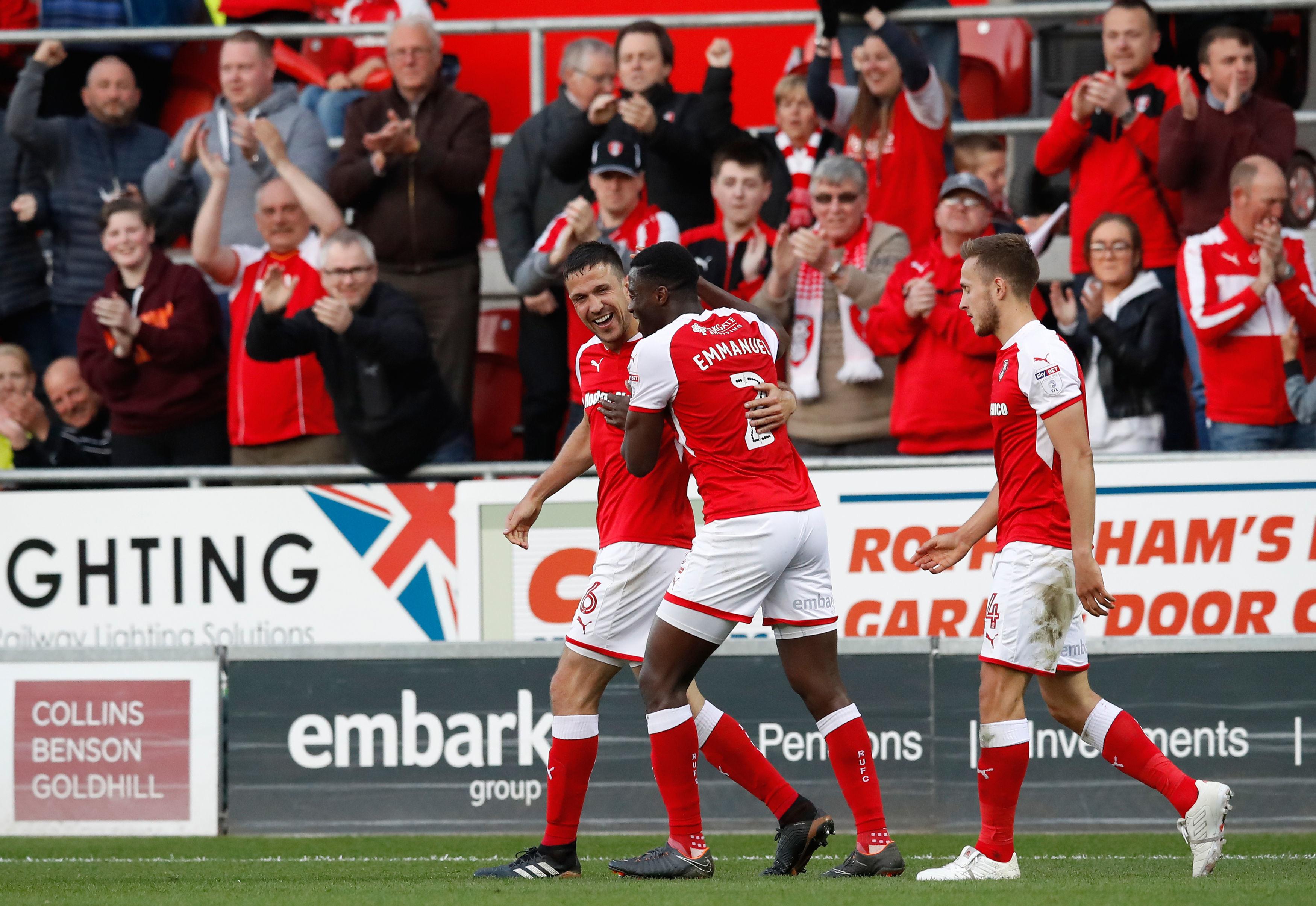 Scunthorpe’s best effort of the opening 45 minutes was Duane Holmes’ shot from the edge of the penalty area, which stung the gloves of home goalkeeper Marek Rodak.

The visitors, promoted via the play-offs in 2009 under Nigel Adkins, were bidding to return to the Championship for the first time in seven years.

But those hopes were dashed when Vaulks swept in Joe Newell’s cross on 63 minutes to make it 2-0. 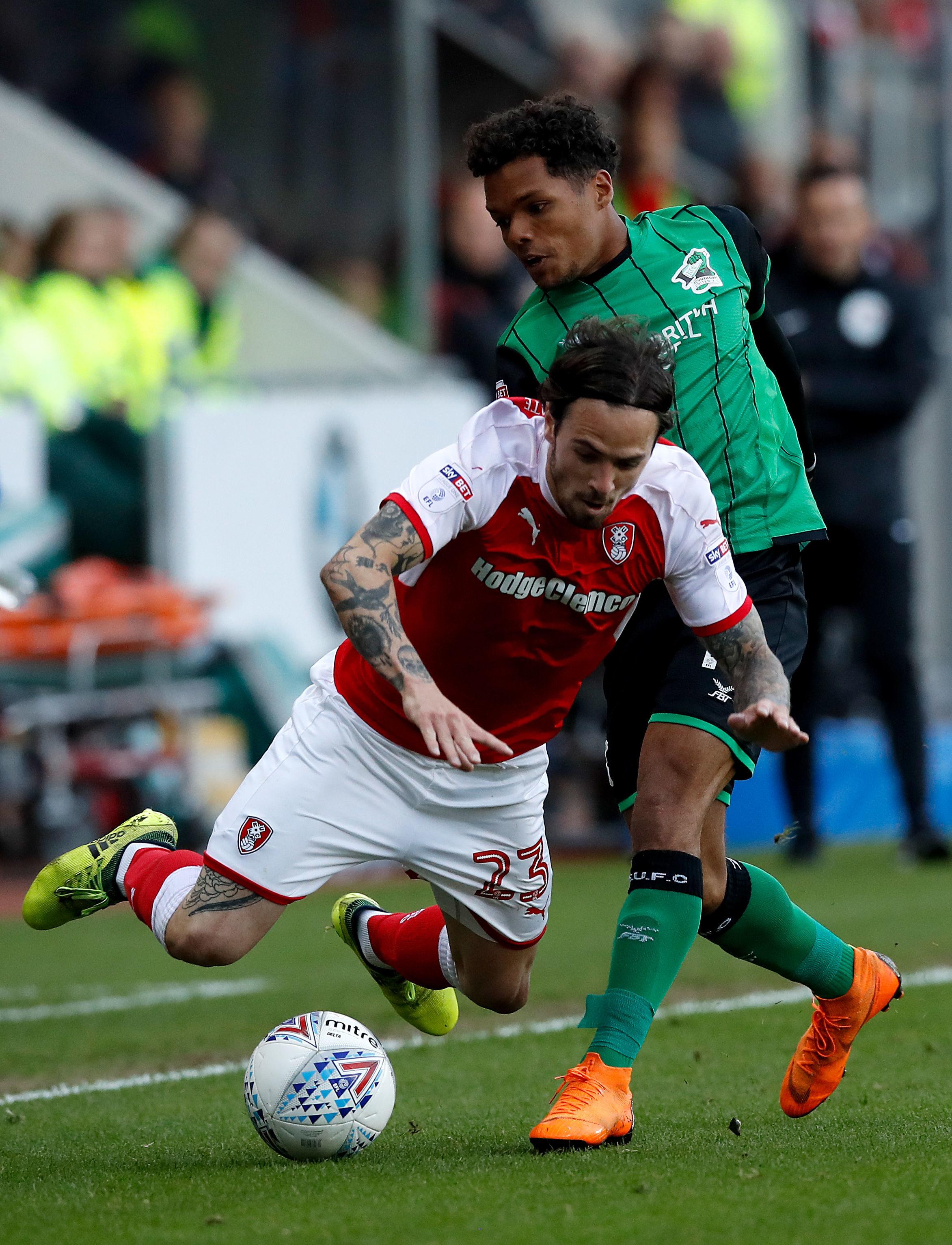 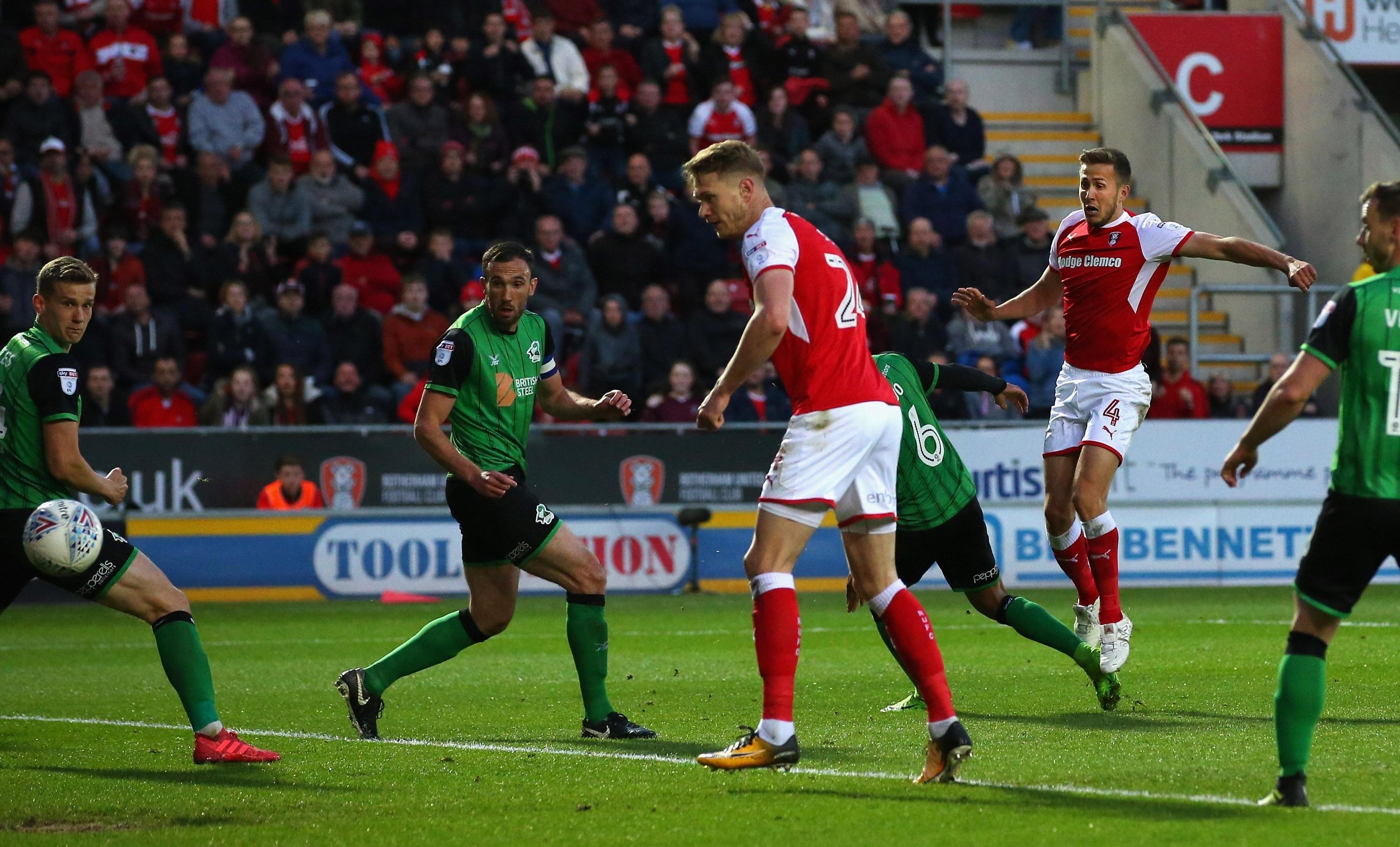 The visitors’ pain was compounded when veteran defender Rory McArdle was sent off for a second yellow card after needlessly bringing down Ryan Williams.

The win maintains Rotherham’s record of having never lost a play-off semi-final having drawn the first leg.

Warne’s men will face Shrewsbury in the final at the end of this month.