KAESO can give champion jockey Oisin Murphy the ideal start to Royal Ascot. He has run in a couple of red-hot handicaps over course and distance, going down in a photo finish each time. He was grabbed right on the line in the International Stakes and a repeat of that could well be good enough. 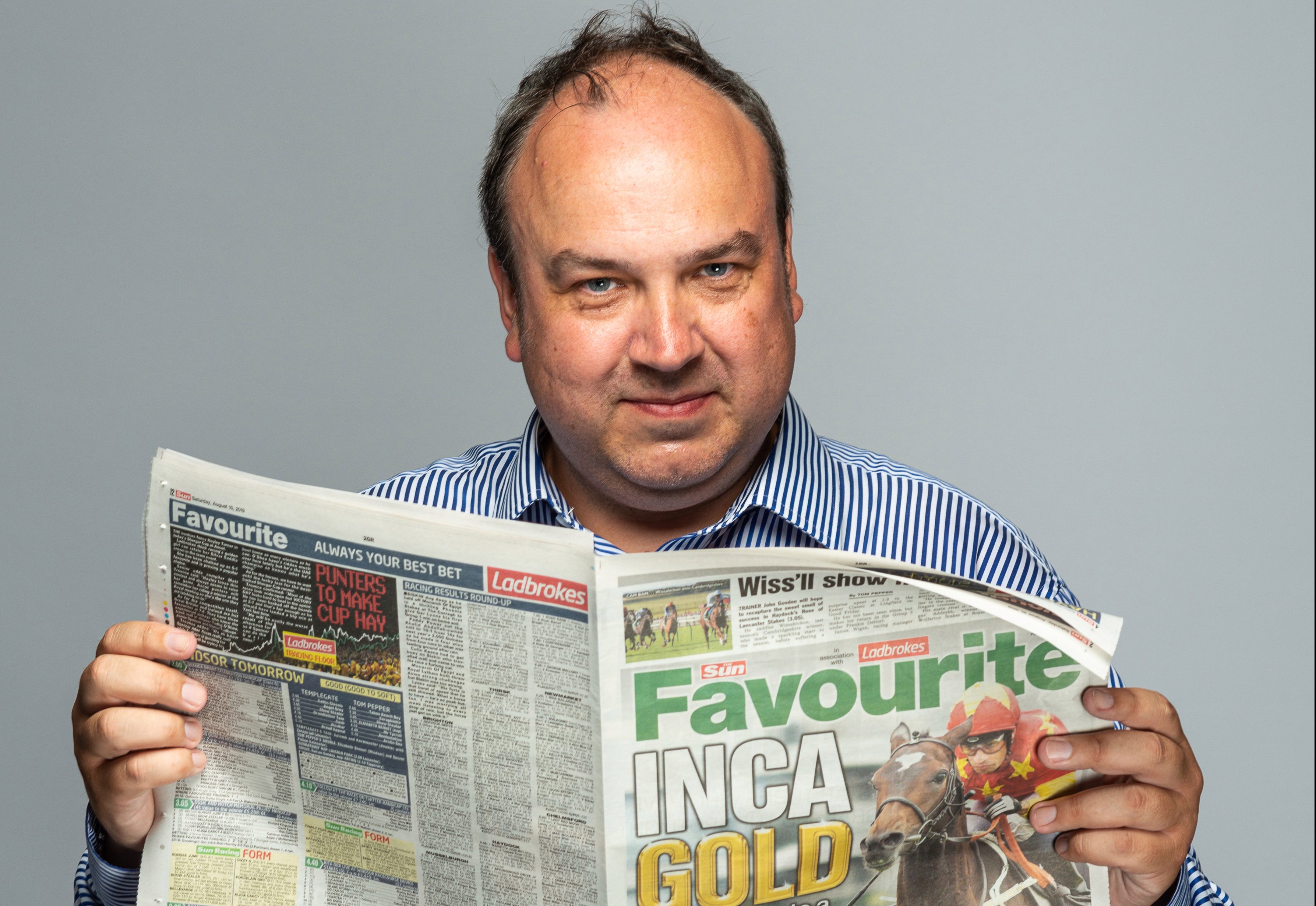 Frankie fans will be roaring on Daarik who booked his place here with an easy win at Newcastle ten days ago. He picked up really well there on his comeback from 14 months off. He will be right there if that effort hasn’t left a mark.

Sheikh Hamdan has other chances including the speedy Mutamaasik who has won four of his five starts over this trip. He was value for much more than his short-head win at Donny last time when Jim Crowley eased him down so a 3lb rise could be lenient.

Motakhayyel carries the famous blue silks too and will blaze a trail from stall 26. He is coming back from a long break but has gone well fresh before and Crowley has chosen to ride him.

Ryan Moore takes over on Keyser Soze who came from a long way back to finish second at Lingfield in March. He runs off his lower turf mark here and this trip suits nicely. He’ll need some luck because he likes to be held up.

Blown By Wind likes the track and scored well at Newmarket earlier this month. This trip is ideal and he’s drawn on the rail, which may help.

Glen Shiel is another who likes to get on with it. In-form Hollie Doyle is on board as she was when he finished second at Newcastle on comeback. He needs to up his game but could hold on for a place.

Greenside has top claimer Marco Ghiani on board and went close here in October.

CIRCUS MAXIMUS won the St James’s Palace Stakes at last year’s meeting and can strike again for Ryan Moore and Aidan O’Brien. That wasn’t his only Group 1 success of the campaign as he landed a gutsy success in the Moulin at Longchamp before a good fourth at the Breeders’ Cup in the States. This is clearly his best distance and he should be helped by the guaranteed speed and he looks the type to improve as a four year-old.

John Gosden teams up with Frankie Dettori on Terebellum who scooted in to win a Group 2 at Newmarket ten days ago. That was an impressive comeback and he’s open to improvement after five starts. All his runs have been over 1m2f so far but super Johnny G knows what he’s doing in dropping him back, making him the biggest danger.

Duke Of Hazzard won a couple of Group contests at Goodwood last season and would figure if repeating that form here.

Roseman finished last season with an easy Listed success over this distance at Newmarket. He did that without breaking sweat so deserves this big step up in class.

Fox Chairman is another going up in grade but he looked a machine when winning at Newbury way back in July. The layoff is a worry and he’s another coming back in trip here. He’s one to keep a close eye on even if today’s not the day.

Classic winner Billesdon Brook is respected. She did really well last season with a Group 1 success in the Sun Chariot at her beloved Newmarket. She was poor on her sole spin around Ascot but has every chance of hitting the places at a big price.

She is taking a big step up in class to this Group 2 level after cruising to an impressive victory at Newcastle 15 days ago. Rab Havlin was on board that day and didn’t have to move a muscle as she cantered to an impressive five-length success. This daughter of Frankel put herself right in the Oaks picture with that cakewalk and should relish the extra two furlongs today. Gosden can make it three wins in the past four runnings of this hot contest.

He has another big chance with Miss Yoda who ground out a game victory in the Lingfield Oaks Trial on comeback. She didn’t get the clearest of runs but improved as the race went on to be well on top at the line. She has plenty more to offer but it’s telling that Frankie has swerved her today.

Born With Pride went into many notebooks after an impressive Listed win at Newmarket on debut in November. She didn’t get going at Kempton last time when still running very green. That was just her second run and she beat Irish 1,000 Guineas winner Peaceful at HQ so the form looks rock solid.

Trefoil improved to finish second in Listed class at Newmarket last week. That was just her second run and the step up in distance clearly helped. Today’s extra quarter-mile should bring out her best

Aidan O’Brien has a good Ribblesdale record and Ryan Moore has decided to ride Passion rather than good last-time winner Ennistymon. You can’t rule out either filly with Moore’s mount clearly needing the run when held at Navan last time. The other Ballydoyle hope looks made for this distance.

MOGUL did very little wrong over a mile last season and should come right into his own over this distance. After losing his maiden tag at The Curragh he was a convincing Group 2 winner at Leopardstown before a solid fourth in the Futurity Stakes behind 2,000 Guineas winner Kameko. He didn’t get the run of the race there and it was clear that the trip looked on the short side. He looks the type to improve at three and can give Aidan O’Brien his third King Edward VII.

Stablemate Arthur’s Kingdom will be a danger with Frankie in the saddle. He took a major step forward when finishing second in a French Group 1 and will relish this longer distance. He looks a decent price to fill the runner-up spot.

Mohican Heights could throw a spanner into the Ballydoyle works. He is a son of Derby winner Australia so should improve on last year’s form over shorter trips. He had plenty in hand when taking a Listed contest at Salisbury last time out in August having won his maiden in Ireland before joining David Simcock.

Papa Power has won a couple of small races on the all-weather but is bred to improve over this distance and trainer Andrew Balding is going great guns.

GLASS SLIPPERS can make it third time unlucky for Battaash who has been second in the past two runnings of this race. My fancy sprouted wings in the second half of last season with a win at Deauville followed to a pair of Longchamp successes, including the Group 1 Prix De L’Abbaye over this trip when Battaash was out the back. That form gives her every chance of upsetting the hotpot.

Saying all that, Battaash will never have a better chance of landing a Royal Ascot win. He can boil over before a race so the lack of a crowd should be a big plus. Charlie Hills’ flyer goes well fresh and handles any ground. He’s classy enough but looks a short price in a race he’s been beaten in twice before.

Liberty Beach has every chance of getting on the podium under Jason Hart. She was a very speedy two-year-old last season with a good fourth in the Queen Mary at this meeting followed up with a pair of Listed successes and a Group 3 at Glorious Goodwood. She stepped up to six furlongs later in the campaign but has more than enough pace to hold her own back over the minimum.

Equilateral went close in a good Dubai sprint last time out in February. He didn’t fire in this race 12 months ago and it was a similar story in the 2018 Commonwealth Cup so maybe Ascot isn’t his cup of tea. He has been accused of not always going through with his full effort which isn’t what you want at this level.

Kurious looks the pick of the really big prices. He took a Sandown Group 3 at his best last season and loves this trip. He could challenge for third place, while Shades Of Blue should come on for his comeback at Newmarket.

NAZEEF looked like she was on rails when storming home to win a Listed race at Kempton earlier this month. She had already won three on the spin last term and she got the better of 1,000 Guineas winner Billesdon Brook so the form looks solid. This is clearly a hike in grade but she can take that in her stride.

Miss O Connor looks a big danger judged on her runaway success in Group 3 company at St-Cloud in October. She kept pouring it on from the front and saw out the mile strongly. She has never raced on ground quicker than soft, which is the concern for William Haggas’s mare.

Sir Michael Stoute has two chances with Jubiloso and Queen Power. The former was third in the Coronation Stakes at last year’s meeting so trip and track suit well. She was poor at Sandown after that and has been given a long break. Queen Power shaped well when second in the Dahlia Stakes on comeback behind Terebellum so see how she goes in the 1.50.

Magic Lily was third having had every chance.

Frankie Dettori rides French raider Wasmya who has a Listed win to her name and looks open to improvement for the step up to a mile.

Lavender’s Blue did well last term and sees out this distance strongly.

MOON KING can shine in the Ascot Stakes. He got the job really well on comeback at Haydock eight days ago when taking to the two-mile trip like a duck to water. He powered through the line and this even greater test of stamina should bring out the best in him. He shoulders a 3lb penalty which shouldn’t be an issue.

He got the better of Ian Wiliams pair Blue Laureate and Mancini in that Merseyside race and the former looks the greater danger today. He hit a flat spot before coming home well. Provided he doesn’t get too far behind he could make his presence felt.

Sir Mark Prescott and staying handicaps are a match made in heaven and his Land Of Oz must be on the shortlist. He has gradually worked his way through up the pecking order and landed six wins last season. He held his own in the tough Melrose Stakes at York before winning the Cesarewitch Trial at Newmarket. He showed the effects of a long season in the big race itself and should be spot on after a solid comeback at Chelmsford earlier this month. He’s a whopping 33lb higher than his opening handicap mark but could well improve again over this marathon.

Jumps trainers have a good record in this race and Alan King will be hoping for a good run from Coeur De Lion. He’s dropped to the sort of mark that saw him win a Chester handicap over a similar trip. He was fifth in this last year and has every chance of hitting the frame at a nice price.

Nicky Henderson has a contender in Verdana Blue who is a Grade 1 hurdles winner. She wasn’t disgraced in the Group 3 Sagaro Stakes over two miles last year and has more to offer on the level.

Dubawi Fifty has a Northumberland Plate second on his CV so is respected from a reduced mark.

Mark Johnston is never ruled out in these races with Summer Moon his best hope if able to repeat his Cesarewitch third.