Elizaveta Tuktamysheva, a 2015 world figure skating champion, won over her fans with a daring performance to Britney Spears' Toxic. 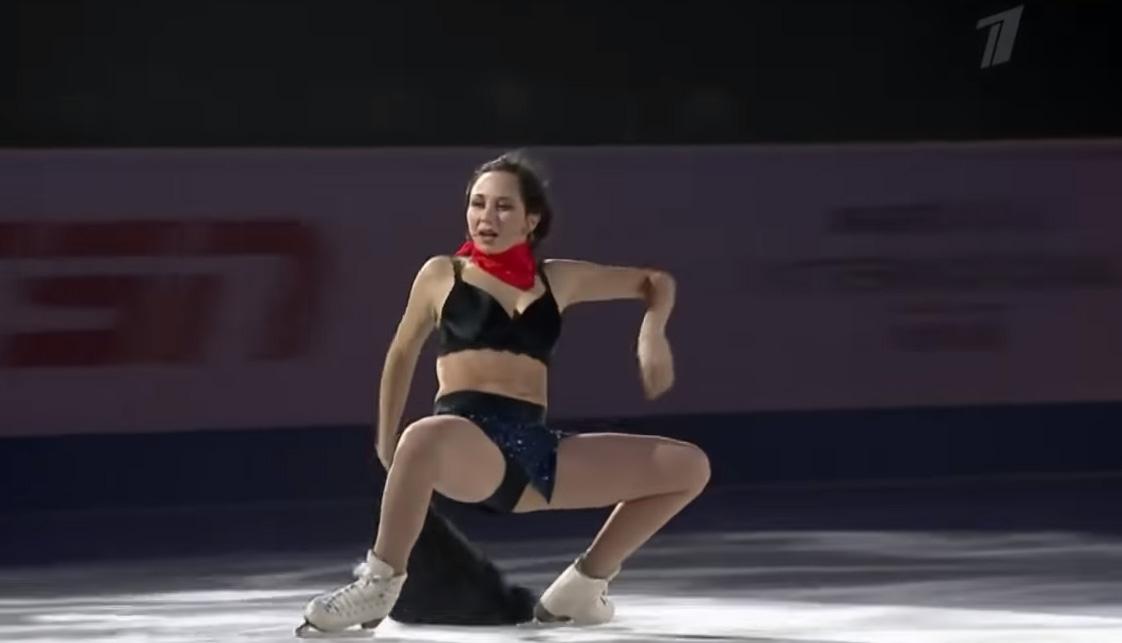 And it certainly worked as her edgy showing saw her win gold at the Grand Prix in Quebec.

She started her performance by wearing a skimpy air hostess outfit before skating across the ice to put down a tray.

All eyes were on her as the 21-year-old showed her flexibility to the crowd who encouraged her showing.

But things started to get raunchier throughout the performance and she left little to the imagination when she unzipped her top before throwing it across the ice. 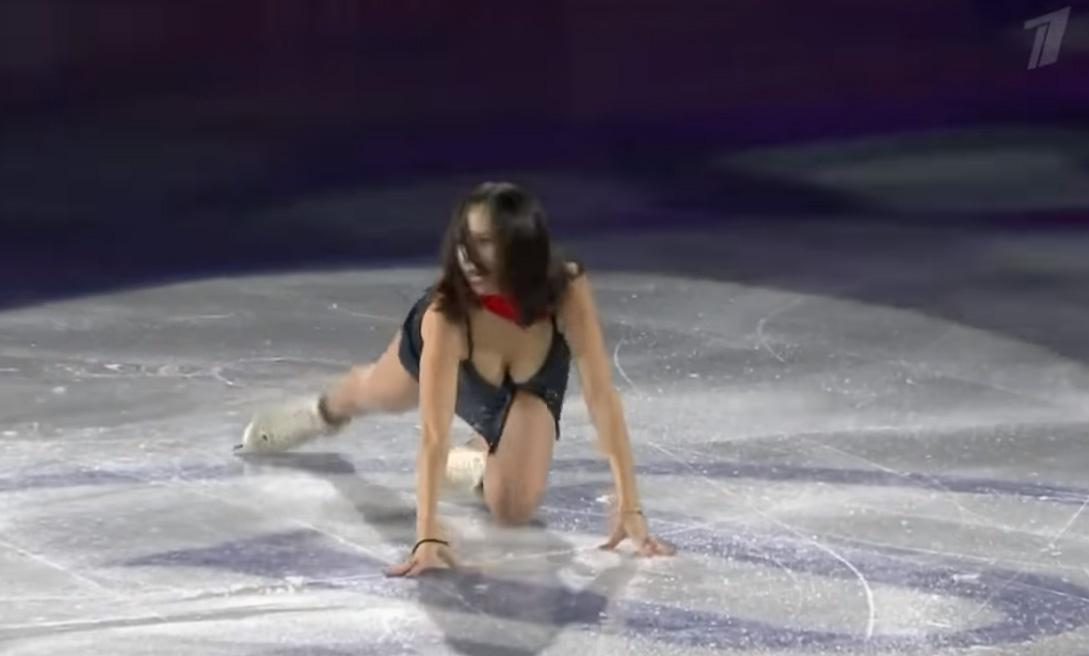 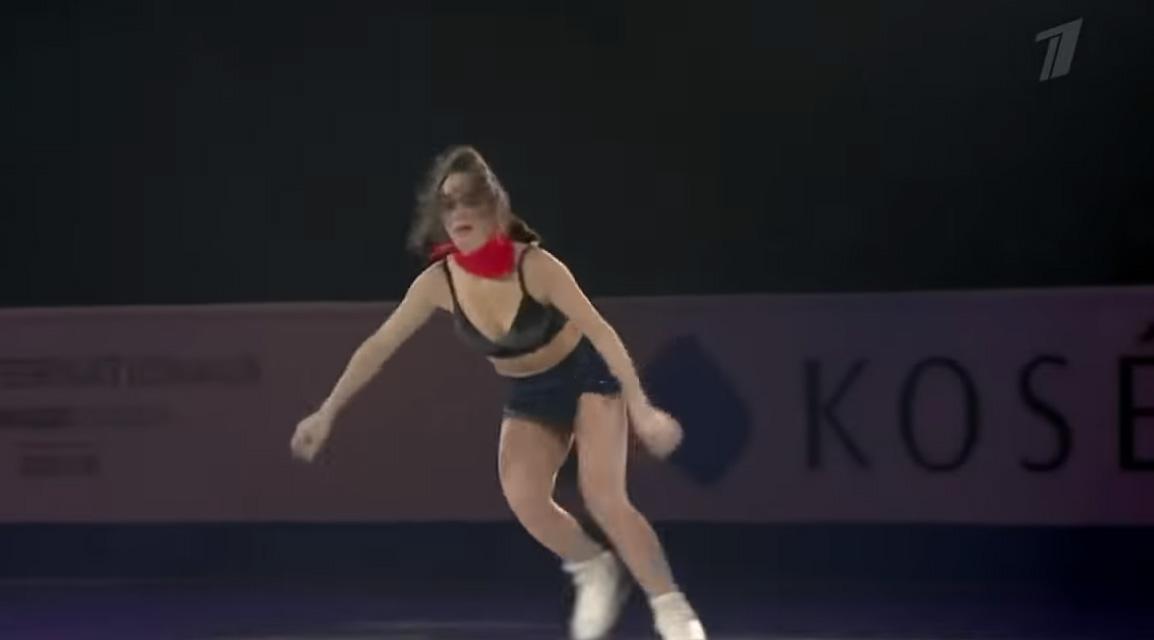 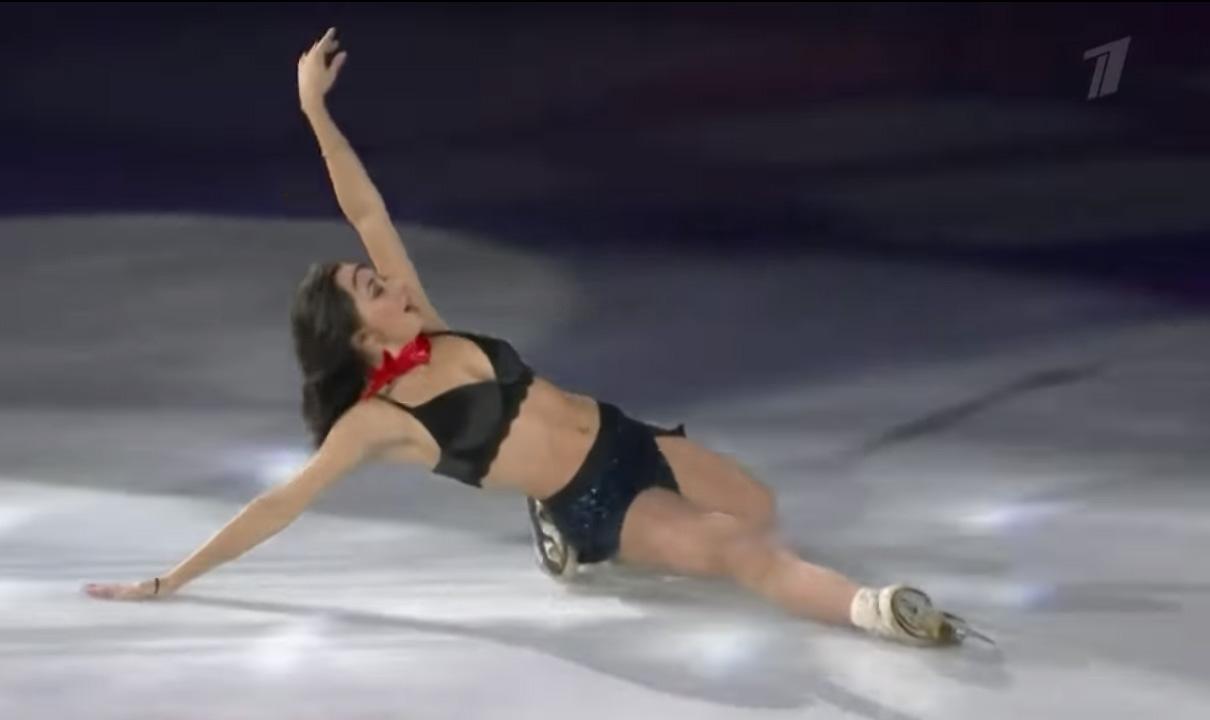 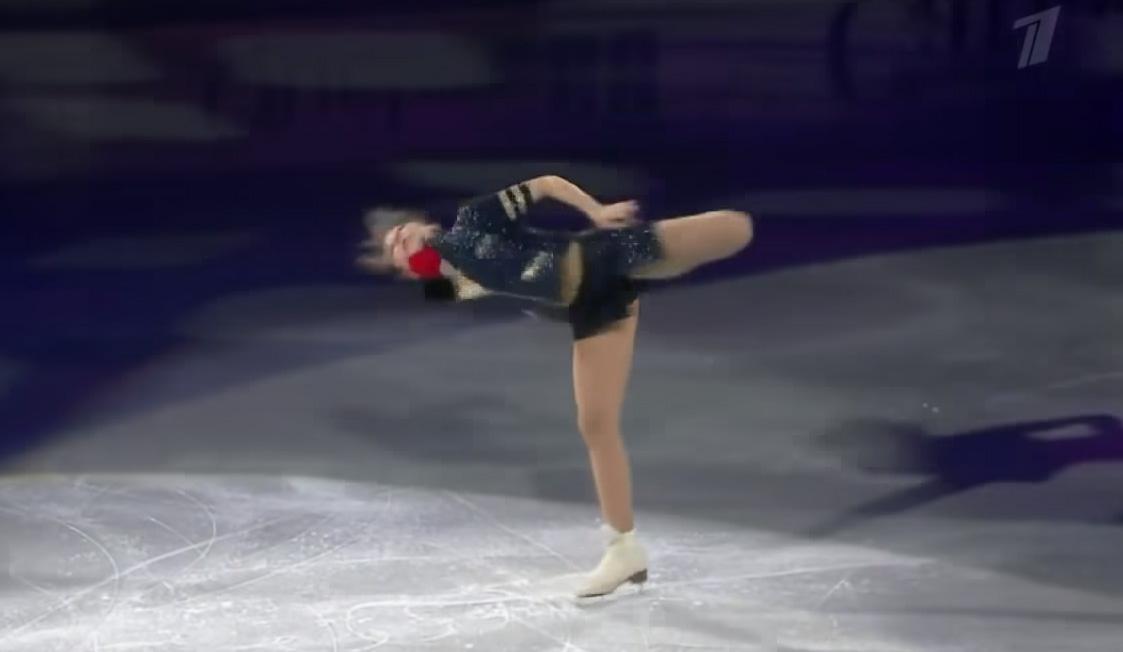 She even had the cheek to comment after the performance: "Thank you for being for Empress Airlines. Hope to see you soon."

Viewers watching the performance thanked her for spreading the popularity of the sport.

One said: "Toxic by Liza Tuktamysheva was all I hoped for and even more than I could have ever hoped for."

Another wrote: "Elizaveta Tuktamysheva bringing new fans to the sport."