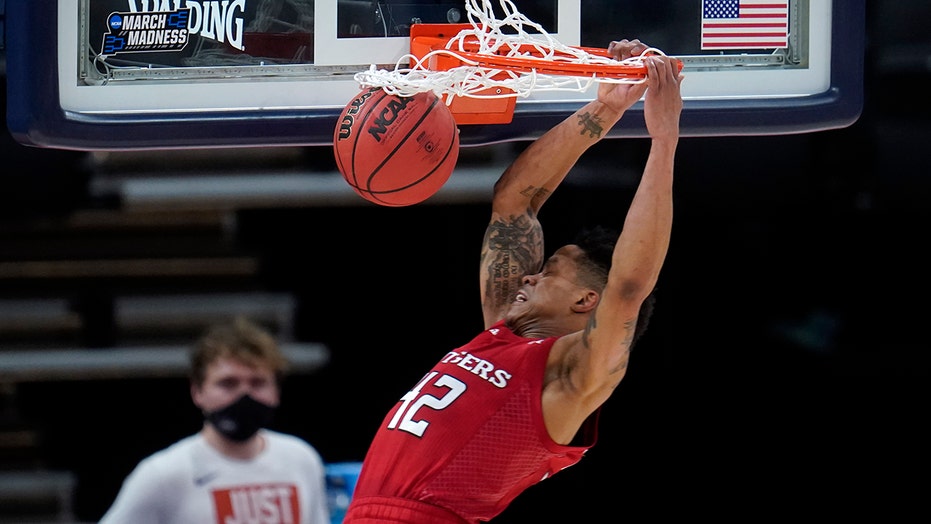 Rutgers picked up its first NCAA Men’s Basketball Tournament in 38 years on Friday night when the Scarlet Knights defeated Clemson, 60-56.

Four Rutgers players were in double figures in the win. Jacob Young and Geo Baker each scored 13 points. Caleb McConnell had 13 points off the bench and Ron Harper Jr. had 10 points, including a poster-dunk in the first half in the victory over the Tigers.

“It’s better than I imagined, honestly,” Baker said of the victory. “This is something that we’ve all dreamed of for a really long time, but to hear the Rutgers fans and they’re just going crazy, and just knowing that we survived and advanced in March, that’s something that I’ve always imagined. It was crazier than I ever even pictured.”

It’s been 30 years since Rutgers even made the tournament. But in the 1991 brackets, the Scarlet Knights lost in the first round to Arizona State.

Rutgers’ last tournament victory came in 1983 against Louisiana. The team then lost to St. John’s in the next round.

“Certainly for the first time these guys being on this stage, they were locked in from the beginning,” Rutgers coach Steve Pikiell said. “We’ve had great practices this whole week, and I like how they played with that swagger at the end.”

Rutgers would have likely made the tournament last season if the coronavirus pandemic didn’t occur.

Rutgers plays Houston in the second round on Sunday.