Simon Raiwalui wants to set something straight: the new Wallabies forwards coach may have knocked out a Randwick player in his club days with Manly, but he isn't convinced it was Michael Cheika.

"I thought it was his brother [Paul]," Raiwalui says over dirty chais at the Allianz Stadium cafe. 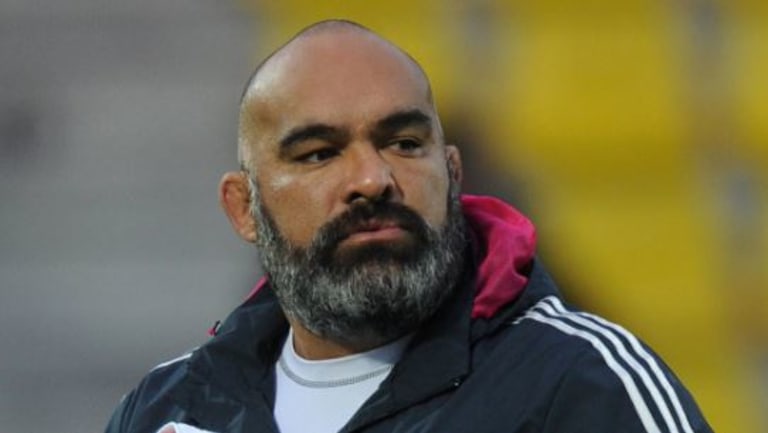 Hasn't the big Fijian Australian heard what they say about the truth and good stories? Leave the rugby folklore alone.

Only, despite Raiwalui's reputation as an abrasive second-rower for Manly and Fiji, as a coach he wants discipline and tirelessness to be a hallmark of his forward packs as much as ruthlessness.

"Aggression without discipline is no use to us," he says.

Sensible stuff, for sure. But there wouldn't be a Wallabies fan alive who didn't hear that story and froth a little at the thought of an Australian pack with a hard man at its helm.

Still, Raiwalui hoses down the machismo. With the arrival of an exceptionally well-organised Irish pack mere weeks away, he will be drilling the basics into the Wallabies forwards, not encouraging any off-the-ball antics.

"I'm not inventing the wheel," he says. "If you get eight guys doing the same thing collectively you have a chance. If you're relying on one person to be the star, that's not how a forward pack works. We'll be really working on clarity, that organisation, and being a tough, ruthless park that just wants to work." 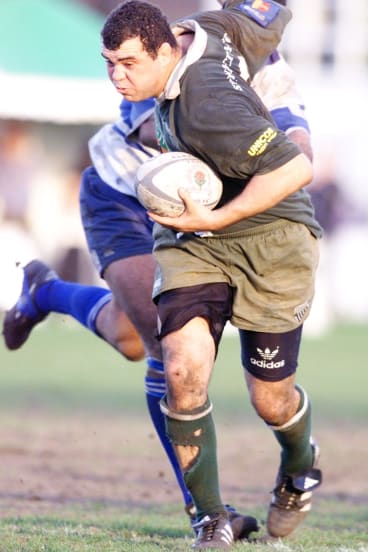 Glory days: Michael Cheika in his days at Randwick.

Sound familiar? It is very Michael Cheika, circa 2014.

No surprise, then, that Cheika liked what he heard when the pair met in Paris after last year's spring tour. Cheika didn't know Raiwalui but was urged to meet the Biarritz assistant coach by good friend and former Puma Gonzalo Quesada, under whom Raiwalui also worked at Racing Metro.

The pair talked and met again when Cheika went to watch the Six Nations earlier this year. As Cheika said at the time he unveiled the surprise appointment: "I know he was probably not a name many people expected to come forward in this choice. I have taken my time in going through in what turned out to be a pretty good list of candidates. In every discussion I had with him he put himself forward as the right guy for us".

It was a four-month process that the Tempe-raised Raiwalui kept secret from his wife, Melanie, a Manly girl who had embraced their two decades together in Europe, but was suppressing the urge to bring the family home.

"If I'd told her she would have been, every day, 'what's going on' 'has he called you back', 'did you get the job'. So I told her the first meeting didn't go well," he says. 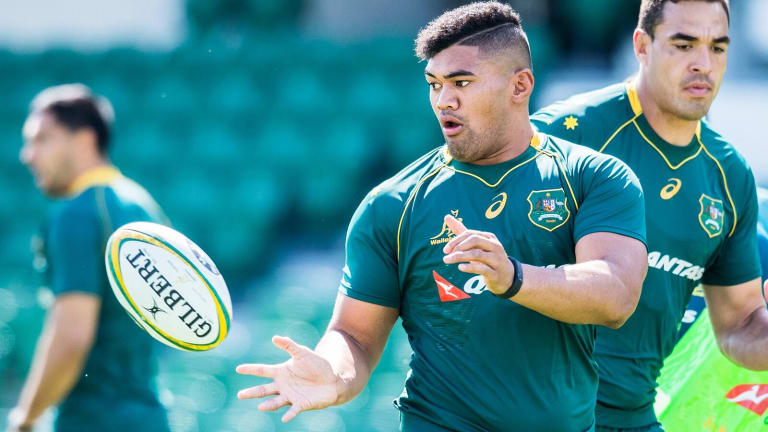 New blood: Raiwalui will be bringing through young players such as the Rebels’ Jordan Uelese.

A couple more meetings and a few months later, Cheika phoned with the offer 30 minutes after the couple had signed on a house in Biarritz. Melanie had gone for a run and when she returned, Raiwalui broke the news.

"I thought I had to call an ambulance, she was that excited," he recalls. "She started packing that afternoon."

The homecoming is being held off a couple of months. Raiwalui moved back recently but Melanie is still there with their two youngest children so their son can finish his school exams.

"It's a huge honour, to be able to come back and be part of the Wallabies" Raiwalui says. "That first Test when we sing the national anthem will be pretty emotional. It's a dream come true. It sounds like a cliche, but it's been 21 years in the waiting, so to come back and to work here with these guys in this set-up is unbelievable."

There is plenty of work to be done. The Wallabies pack shook off their reputation for set-piece mediocrity under Mario Ledesma, but depth is still an issue. Tatafu Polota-Nau's mini-sabbatical will see Rebels young gun Jordan Uelese, 21, pack down opposite veteran Ireland captain Rory Best.

Raiwalui is delighted with the pool he has to work with. There is no other option, but the big man intends using youthful hunger as a weapon. As long as they're prepared to work for him, of course.

"That's the first thing I look at," he says. "If you work hard, I'll never have a problem with you. We can work on the skill factor, we can work on the details, but that work ethic is paramount to everything."