Ryan Kent: Liverpool and Rangers in talks about £7m transfer for winger 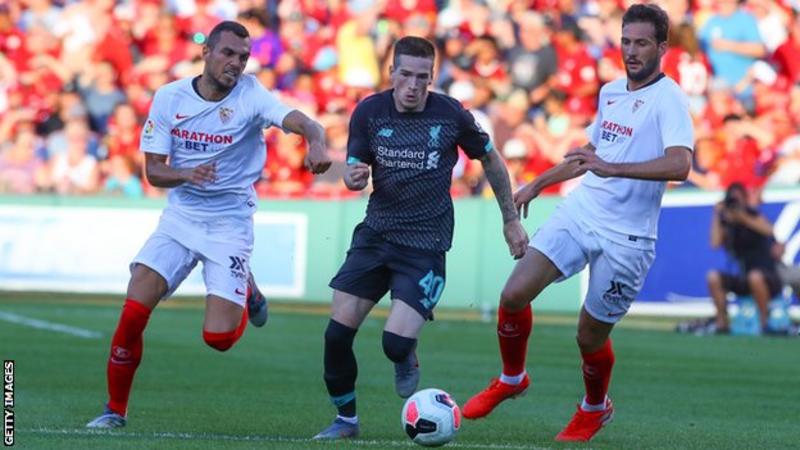 Liverpool have agreed a £7m fee with Rangers for the transfer of winger Ryan Kent to the Ibrox club.

The 22-year-old Englishman spent last season on loan at the Scottish Premiership side, making 43 appearances and scoring six goals.

Kent featured for Liverpool during pre-season, but his only competitive game for the Premier League club in January 2016.

Personal terms have still to be agreed with the player.

The European champions were reluctant to let the player go out on loan again.

Rangers’ move comes a day after they fell three points behind Celtic at the top of the league after losing 2-0 at home to the champions.

Jones and Ojo came on as substitutes in that game at Ibrox, while Hastie has joined Rotherham United on loan.

Find all the latest football transfers on our dedicated page.