The social media post seemed harmless enough: swimmer Ryan Lochte sharing a photograph of himself hooked to an intravenous bag, writing "athletic recovery with some #ivdrip".

But when officials noticed the photo in May, they launched an investigation that has now resulted in Lochte being suspended just days before the national championships in Irvine, California.

The 14-month sanction has nothing to do with the substance in the IV bag, which was permitted, but rather the amount Lochte received. 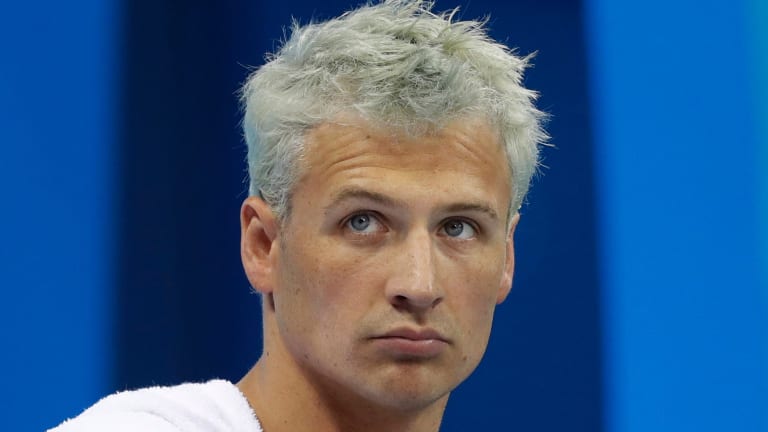 US swimmer Ryan Lochte at the Rio Olympics in 2016.

Athletes, who often take infusions of vitamins and other dietary supplements, are allowed 100 millilitres every 12 hours. The 33-year-old Olympian exceeded that limit.

This marks the second time he has been penalised.

At the 2016 Summer Games in Rio de Janeiro, Lochte and three other American swimmers were returning to the athletes village after a night of partying and got into an altercation at a gas station.

They initially claimed to have been robbed at gunpoint by armed men posing as police, but then changed their story several times.

After an investigation, Brazilian authorities alleged the Americans had stopped at the gas station, damaged a bathroom and been confronted by employees.

Lochte received the heaviest penalty, US officials banning him from competition for 10 months. He subsequently appeared on Dancing With the Stars and married former Playboy model Kayla Rae Reid.

As for this week's case, the US Anti-Doping Agency announced that he "fully co-operated" with the investigation and accepted his penalty.

His penalty, which dates retroactively to May 24 when he received the IV, means he cannot try for the 2019 world championships in South Korea.