How is your club going to handle "the July test"? Back when I played, we would gather as a playing group, during most seasons, to ask ourselves that question. July is the grind. Your club is two-thirds of the way through another long season, the early-morning starts are dark and the beach-recovery mornings are Arctic cold. The pain of the freezing water spikes into your feet like a thousand needles. The temptation to take little short cuts reveal themselves to you like the apple from the garden of Eden. Those little injury niggles you’ve nursed lately start to feel more like chronic aches in July and the novelty of playing AFL footy has worn off for the rookies, too. This is hard work now. Repetitive and unrelenting. July is the time of year when traditionally the hardened, experienced teams who have been there before start to rev their engines and put a gap between themselves and the pretenders. July is for the true believers. And yet, as I sit here this week and ponder those questions and flirt with the possibility of casting a judgmental eye over this generation of players and teams, my mind drifts to a woman by the name of Pat Hodgson. 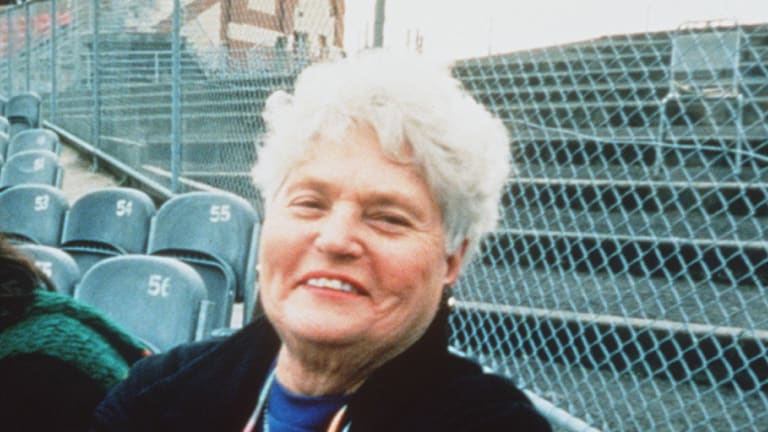 Pat Hodgson, from Year of the Dogs.

For non-Bulldog folk, you might remember Pat from the documentary Year of the Dogs. Alongside her daughter Jenny, Pat was the anchor point for the documentary in a torrid season for the Bulldogs. Her passion never wavered. For the Bulldog community, Pat was a constant. Every week she would watch training from the forward pocket at the Barkly Street end of the ground to support her boys. I suspect Pat never realised this, but her presence became something of a symbol for the players over the years. In my time, it was a privilege to finish up the night's work on the track and wander over to Pat to put an arm around her and talk about footy and how the Bulldogs were getting the rough end of the stick, even if we weren’t. It wasn’t quite like the mystical powers of kissing the Blarney Stone, but there was something soulful for Bulldog players to hold hands with Pat Hodgson and talk about the game. Pat passed away this week. She was 90 years old. The Bulldog community will gather to say goodbye.

As players we would sometimes cast an eye out to the stands of the Whitten Oval as we took the first few gingerly steps of a warm-up lap to see how many supporters had braved the cold July winds to watch us train. Pat was always there, she passed every July test there was. She never wavered. 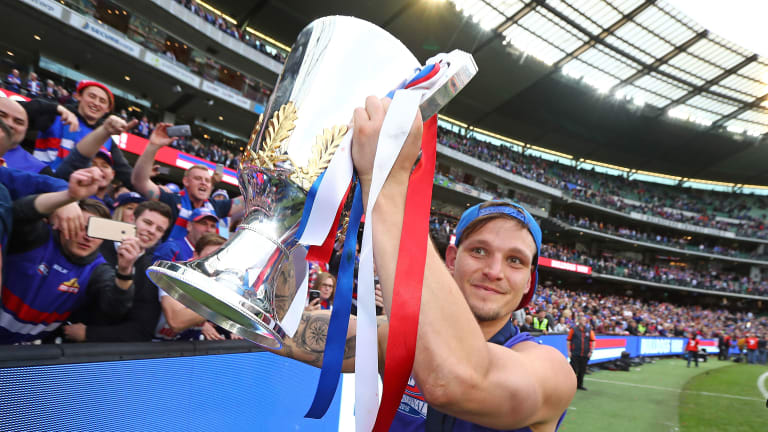 Clay Smith with the 2016 premiership cup.

It’s been a sad week out at the Whitten Oval this week and it has nothing to do with the second-half fade-out against the Hawks on Saturday night. Paired with the passing of Pat, Clay Smith announced his retirement, a career cut short at just 55 games. I once described Clay to Martin Flanagan as "a heart with arms and legs". I think I got pretty close.

Unlike most footballers, Clay never wore a mask. You could tell his state of mind at a glance. He endured more than his fair share in his seven years at the Bulldogs. He was a fierce competitor who wore his emotions proudly on his sleeve. An animal lover, Clay owns a couple of Staffy dogs and a few of us used to joke that when they were puppies and Clay was a single man, he and the dogs would eat dinner from three bowls side by side. Clay attacks life and he attacked the game like his dogs. Full on! No one likes seeing players finish before their time and that’s how it's worked out for Clay, but though he deserved to see more Julys, he gave us his best in a most memorable September. There are a couple of thoughts that haunt football players. One of them is that when their career finishes, they’ve still got more to give and the other is to be left with a hole in their heart that they won’t be a premiership player.

I’m sure Clay will have his moments, little twinges of "what if" and "why me", but on the criteria mentioned, he can hold his head high and put his feet up. Due to his heroics in that magical final month of the 2016 finals series, his football afterlife will be bathed in eternal spring.