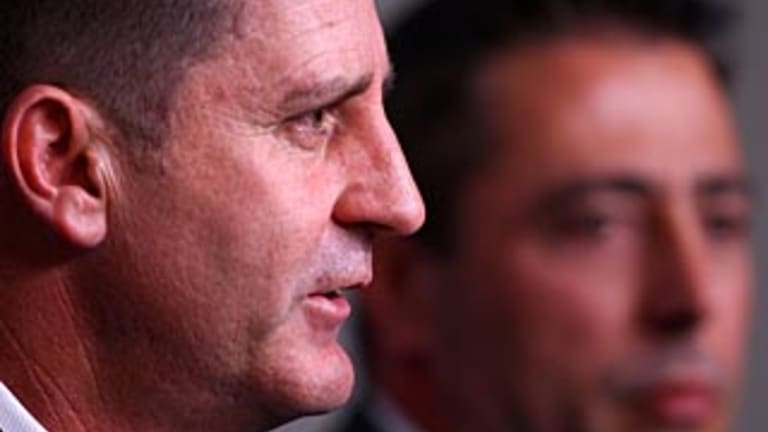 Ross Lyon and Fremantle CEO Steve Rosich are under the gun for off-field issues.

The walls are closing in around Fremantle chief executive Steve Rosich and senior coach Ross Lyon.

The trouble started well before Christmas 2017, when a confidential settlement was reached with a young, female employee at the club who was allegedly sexually harassed by Lyon at a function several years earlier.

Michelle Cowan was a major figure in football even before the women's league kicked off, becoming an assistant coach with West Perth at age 21.

The 35-year-old coached at WAFL level for almost a decade before she was appointed assistant coach at AFL club Melbourne in 2016.

Privy to the mechanics of life within the four walls of the Fremantle Football Club and anything but immune to the rumours and innuendo that inhabit them, Cowan would've been embarrassed by a lot of what she saw and heard at Dockers HQ.

Indeed not long after she arrived at the club, Cowan gave a lecture to staff about her learnings and the AFLW. Lyon was in attendance and stood up midway through the presentation and walked out without a word … it left everyone else in the room stunned. 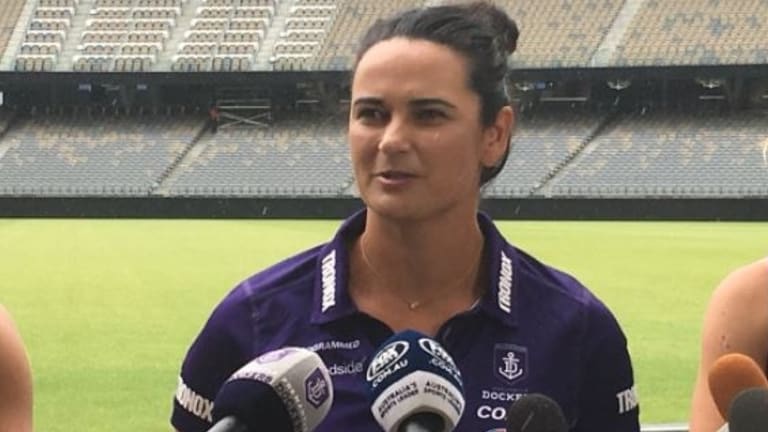 So why did Cowan leave the club? The Dockers didn't have that bad a year in the AFLW, winning three games, but CEO Rosich had ordered a review of the team's operations.

Putting the sexual harassment saga to one side, Rosich, the club's very capable CEO since being appointed in July 2008 to replace Cameron Schwab, has made some odd decisions in 2018.

Which makes the absence of Fremantle chairman Dale Alcock – who has rarely been seen by Dockers fans since being appointed in mid-2016 – even more baffling, given the the current crisis engulfing the club.

Rosich was roundly blamed for the Ross Glendinning Medal fiasco … an unnecessary derby week distraction ahead of the most anticipated game of football in WA in recent memory.

It prompted an embarassing turnaround from the Dockers, who were caught out trying to flex some corporate muscle only to find they had little support among the WA football community.

Rosich's biggest mistake though was not the club's childish push to remove Glendinning's name from the coveted medal, but that the Dockers didn't take full commercial advantage of the game's historic status as the first derby at Optus Stadium.

Forget Glendinning, forget the medal … Fremantle, as the home team, should've secured a naming rights sponsor months before the match and leveraged every cent it could out of the game for its club, members and supporter base.

Then there was the financially-poor decision by the Dockers to pay at least $1 million to host an 'away' game against the Gold Coast in round three at the 60,000-seat stadium.

While Fremantle got the four points, they didn't get the bums on seats they expected, with only 33,388 fans turning out – the lowest AFL crowd in Optus Stadium's short history. The financial loss on that game must be massive.

But it was the odd decision by Rosich and the club to associate the club's much-loved Starlight Purple Haze charity match with the 'away' fixture that left many members scratching their heads. 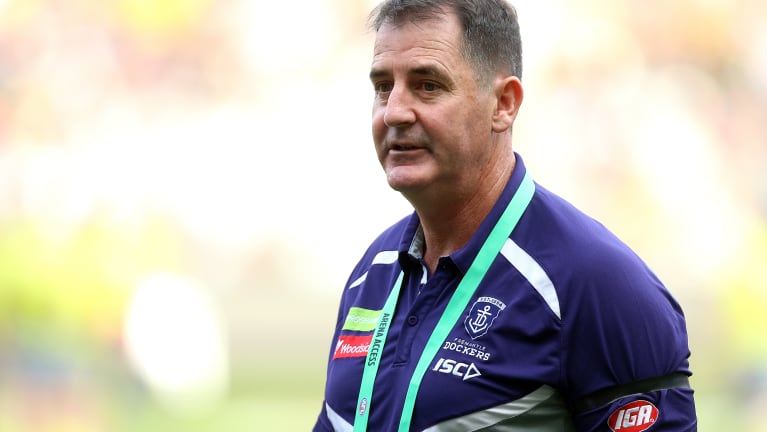 Lyon during last Sunday’s match against Richmond at the MCG.

Fans and paid supporters have grown to cherish this charity fixture, so it left many Dockers diehards dumbfounded to learn it had been scheduled for the 'away' Gold Coast fixture, meaning they had to fork out even more money on top of inflated 2018 membership prices at the new stadium to support it.

Was Rosich pulling at the heartstrings to get the regulars to stump up and support the charity, and in the process boost attendance for the 'away' fixture to make it seem a success? Or did the club just make a blue and – like the Western Derby naming rights sponsor – forget to maximise the fixture for what it was?

Either way, it was a very poor decision and reflects badly on the club.

Which brings us back to the sexual harassment case and the way the club has handled it.

The manner in which the Dockers have seemingly treated this former female employee is alarming and sets a dangerous precedent for other clubs and institutions outside of football that paying hush money to alleged victims of harassment is okay.

And while we may never know exactly what happened between the senior club official and female employee – and perhaps we shouldn't be entitled to – a settlement is not a settlement if it leaves one of the parties unhappy.

At the moment, no one at the Dockers – fans, members, players and officials – seems to be very happy at all.