Every time PFA Player of the Year Mohamed Salah scores, a roar booms around the streets and a city is consumed by unrestrained appreciation. This is not Anfield. This is not Liverpool. This is match-day in Cairo, and it is a scene replicated across Egypt at least 41 times this season.

In Bain El Sarayat in Giza, a predominantly student area of Egypt's capital, murals of Salah adorn the walls. The students congregate at cafes, such as Bondouk, a short distance from Cairo University, anticipating Salah's weekly goal dispatch. YouTube channels set up by Egyptian fans dedicated to the Liverpool forward are instantly updated. Social media trending is determined by his latest exceptional deed. 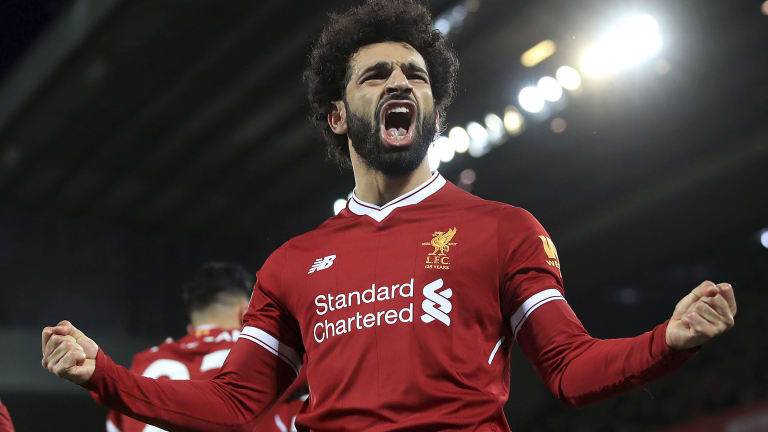 Liverpool’s Mohamed Salah has taken the Premier League by storm.

"Salah is a role model for young people. The good thing about him is that he started from the bottom and worked hard to succeed," says Islam Helmy, 20. "He comes from a village, and I'm from a village, too. I love him so much. I made my haircut and my beard just like him.

"One of the happiest moments in my life was when he scored the penalty in Congo [which qualified Egypt to the World Cup]. I was sitting in the stadium right behind the goal. It was hysterical cheering."

To the Egyptian people, Salah is more than a talented footballer. He is symbol of hope for a generation healing the scars of social change, and the nature of his journey matters as much as his success.

Salah emerged during a turbulent period in Egypt, honing his talent while young protesters took to the streets to force the overthrow of President Hosni Mubarak in January 2011.

"The Egyptian people look up to Salah as the model of success they can't achieve in their country," says Mohamed Mokhtar, 34, a sales manager. "We have gone through a hard time after the revolution. There was a feeling of defeat. Salah proved to the people that you could succeed despite the hardships. Nobody has reached this success before."

Mahmoud Gaber, 31, adds: "The people felt that if you have a dream, you could fight to achieve it. We are in a country bleeding for anyone to succeed. When we find someone successful, we become excited for him." 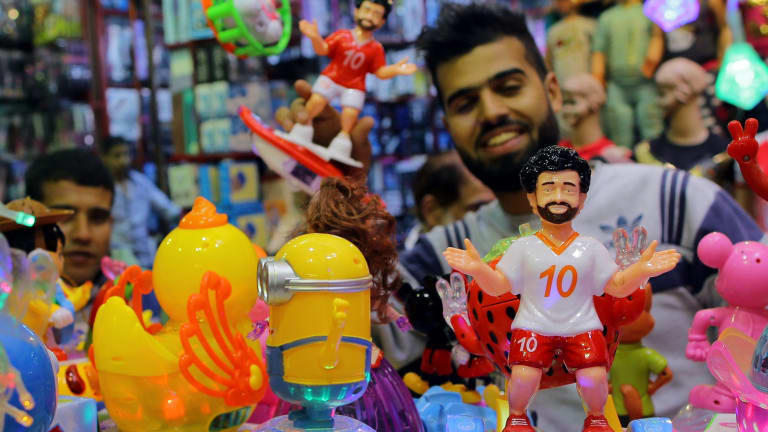 Children in Cairo wear Liverpool colours bearing Salah's name – the club has noted the upturn in web hits from the region, with over 500,000 more Arabic Facebook fans since Salah signed in July 2017 – but this is ostensibly support for a player rather than the club.

"Salah has become the idol of the people. A lot follow football because of him, even those who were not much interested, such as girls," says Mohamed Ali Abdel Fattah, 36.

Mohamed Abdel Ghafour, 20, echoes the fluctuating loyalties of African supporters. "I started to follow the Premier League more since Salah moved there. I used to support Man City but when Salah played to Liverpool I moved to support Liverpool," he said.

Salah was first noticed by El Mokawloon, widely known as Arab Contractors, as a 10-year-old while playing in the Nile Delta with Othmasoon. He came to attention in a youth competition organised by Pepsi – a brand with which he retains a lucrative sponsorship.

El Mokawloon's head of youth, Captain Rieu, took Salah to Cairo at 12 where he lived in a hotel and studied within the club's premises for eight years, occupying a room overlooking the training ground until his sale to Basel in 2012.

"What made the difference for Salah is that he has lived professionally since he was a child," says Hamdy Nouh, Salah's El Mokawloon youth coach. "The first time I saw him, he was very fast and played with his left leg. I told him, 'I don't want you in defence. I will instruct the players to send you the ball so you can build a counter-attack using your speed.'

"I also told him he would be a better player if he trained with his right leg. He listened to me."

The prolific goalscoring of this season may surprise former clubs Roma, Fiorentina, Chelsea and Basel, but it was evident as a teenager. "In two seasons, Salah scored 60 goals for the under-15 and under-14 team," added Nouh.

"He was always listening and smiling more than talking, always avoiding trouble and focusing on training," another of Salah's El Mokawloon's coaches, Mohamed Abdel Aziz – known at the club as Zizo – said. "When other players were talking about their ambitious to move to Ahly or Zamalek [the top Egyptian football clubs] Salah and Mohamed Elneny [now at Arsenal] used to say, 'Our ambition is Europe'.

"Not only junior players in the club look up to Salah as a role model, but all young people in Egypt, those who do not even play football. They want to be like Salah in commitment, hard work and morality." 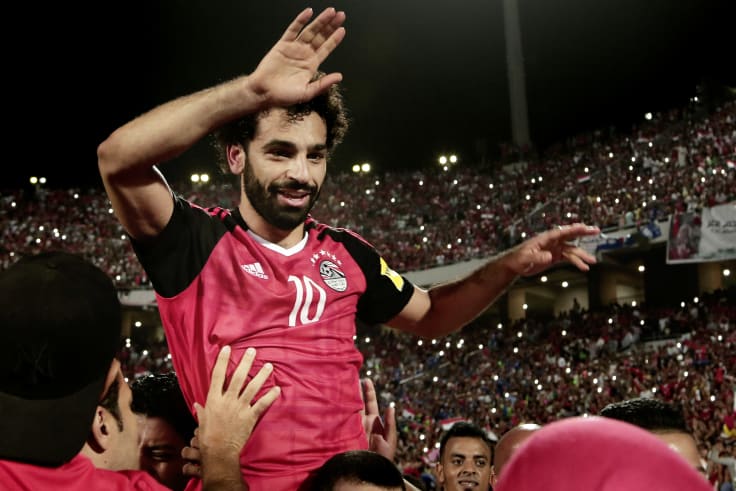 Whatever passions await Roma when they face the Kop this week, it will be echoed 2,000 miles away.

"Salah has reached a place where no other Egyptian player has been," says Mohamed Ahmed Fat'hy, 22, a student at Cairo University's faculty of commerce.

"I do not advise him to leave Liverpool. He is now Liverpool's superstar, and the team needs him. He needs to stay two or three more seasons to complete the experiment. Salah has dreams with no limits. He already achieved many but is still looking for more, and we are with him."