When AS Roma agreed to sell Mohamed Salah to Liverpool last June they could well have anticipated that the Egyptian would go on to be a big success with the Premier League club.

What they surely didn't expect would be that Salah and Liverpool would stand between them and a place in the Champions League final. 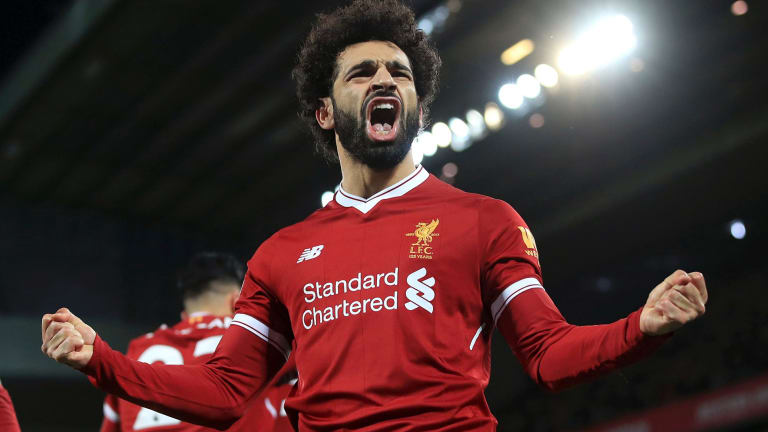 But on Tuesday at Anfield, Roma's primary task will be to stop the prolific Salah from adding to his impressive 41 goals in all competitions.

The Italian side are a surprise arrival in the last four of Europe's premier club competition after a stunning comeback against Spanish giants Barcelona in the last round.

Liverpool pulled off their own surprise as Salah, voted Player of the Year by England's Professional Footballers' Association (PFA) on Sunday, scored in both legs of his team's 5-1 aggregate quarter-final win over Premier League champions Manchester City.

Juergen Klopp, the Liverpool manager, expects Roma's defenders to give Salah an early reminder, if any were needed, that friendships end once the players are on the field.

Salah has struck eight times in the Champions League this season – second only to Cristiano Ronaldo of Real Madrid, who has 15 goals.

And Klopp said: "I am pretty sure the Italian defenders are famous for not having friendly games, so I think Mo will feel early in the game that they are not his teammates any more and then he can strike back in a football way".

Meanwhile, Klopp has urged Liverpool fans to think about the club's global image when the Roma players arrive at Anfield for the first leg of the semi-final on Tuesday.

Liverpool are being investigated by UEFA after their supporters threw objects at the Manchester City bus, causing damage, as they arrived for the quarter-final first leg at Anfield this month.

Klopp said he wanted to see the same passion and noise from the Liverpool fans inside the ground but better behaviour on the streets outside.

"I think in the stadium, do it again, but outside, show the respect we have to show," the German said.

"This is such a fantastic football club and family. Known for fantastic atmospheres around the world, so we don't need to throw whatever at the Roma bus. Please, show them the respect.

"We are only opponents on the pitch. Everyone knows what a wonderful place Rome is and not all people know how wonderful Liverpool is and we can show that in 20 minutes," he said.