After a performance of which Lionel Messi and Cristiano Ronaldo would have been proud, the question can be asked: is Mohamed Salah moving into a sphere in which he can be discussed as their possible successor? Is the Liverpool forward already a genuine Ballon d'Or contender? 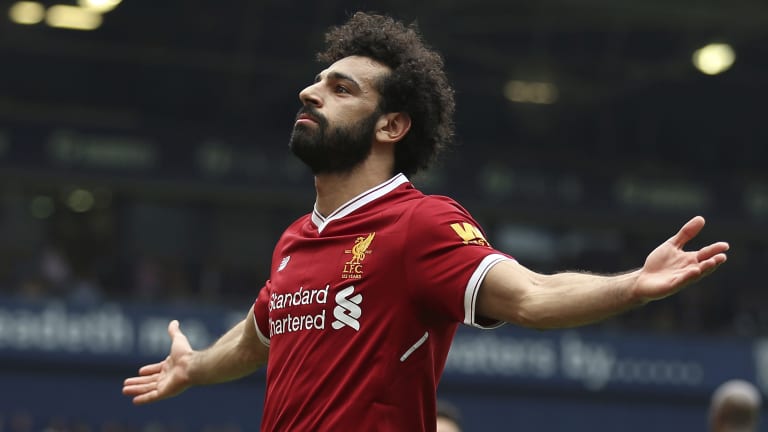 Superstar: Mo Salah has been arguably the world’s best player this season.

It had long been assumed that Neymar, who is 26, would eventually be taking the mantle as the world's best player, and part of the Brazilian striker's motivation for his world-record £198 million move to Paris St-Germain was to step away from Messi; to be No 1 in his own right. He still has a lot of work to do.

Salah's season has changed the debate. It has been either Messi or Ronaldo since Kaka won the Ballon d'Or in 2007. Ronaldo was second that year, Messi third.

Since then, the pair have been either first or second – apart from 2010 when Andres Iniesta was runner-up to Messi – winning the trophy 10 times between them (five times each).

No player from an English club has even made the final three since Ronaldo won it in 2008 while still at Manchester United. Before that Thierry Henry was runner-up with Arsenal in 2006, Chelsea's Frank Lampard finished second in 2005 and Liverpool's Steven Gerrard third in the same year.

The Anfield men won the Champions League that year, of course, and now Salah has taken them to the brink of another final with his unforgettable display against his former club, Roma, when he became the first player to score twice and, selflessly, provide two assists in a semi-final of the competition.

The comparison with Gerrard is a worthy one, and that comparison stretches back even further to Kenny Dalglish: two brilliant individuals within the collective. Salah is moving into that company, he is earning that status, and it goes way beyond the numbers as he collected goals No 42 and No 43 (in 47 matches) at Anfield on Tuesday night.

There can be no doubt that should Liverpool win the Champions League again, in Kiev on May 26, then Salah will at least be on the Ballon d'Or shortlist. After that, it is a question of whether what he has done can dislodge the huge global block votes that Messi and Ronaldo enjoy year after year. In fairness, should Ronaldo propel Real Madrid to yet another Champions League triumph of their own, then he would be the favourite.

Going into last night's semi-final against Bayern Munich, it must also be remembered that Ronaldo had 42 goals – one fewer than Salah – but in 39 games.

It is not just about the numbers and the trophies, though. I voted for David Silva for the Football Writers' Footballer of the Year award and did so because of his enduring brilliance, how he is the oil in the footballing machine of this magnificent Manchester City side.

But I was wrong. The award should go – and will, no doubt – to Salah, who has already won the Professional Footballers' Association award. He has surged way beyond what any other player in England has achieved and has that aura about him that only the very best can create.

The Ballon d'Or criteria were changed in 2016, with Fifa breaking away to nominate its own world player of the year, but still covers "on-field performance and overall behaviour on and off the pitch". Salah is a strong candidate on all those points; his all-round behaviour has been impeccable.

There is another dimension to Salah, the African player of the year, and that is what he means to Egypt, where he is such an iconic role model and who he will lead to the World Cup.

In a group with hosts Russia, Uruguay and Saudi Arabia, it is certainly possible to see them progressing to the last 16 this summer, which would enhance his global status even more.

Salah's two goals against Roma were wonderful. The second was a trademark dink after a surging run in a move that he helped instigate, but the first was just perfect as his curling left-foot shot kissed the crossbar on its way into the goal. A perfect goal in a perfect season for Salah.