PAULI Pauli and Sebastine Ikahihifo have all the moves to make sure Salford do not find themselves in checkmate after indulging in their shared passion, chess!

On the field, the two powerhouses may lead the Red Devils’ charge by hammering opponents and making the touch carries. 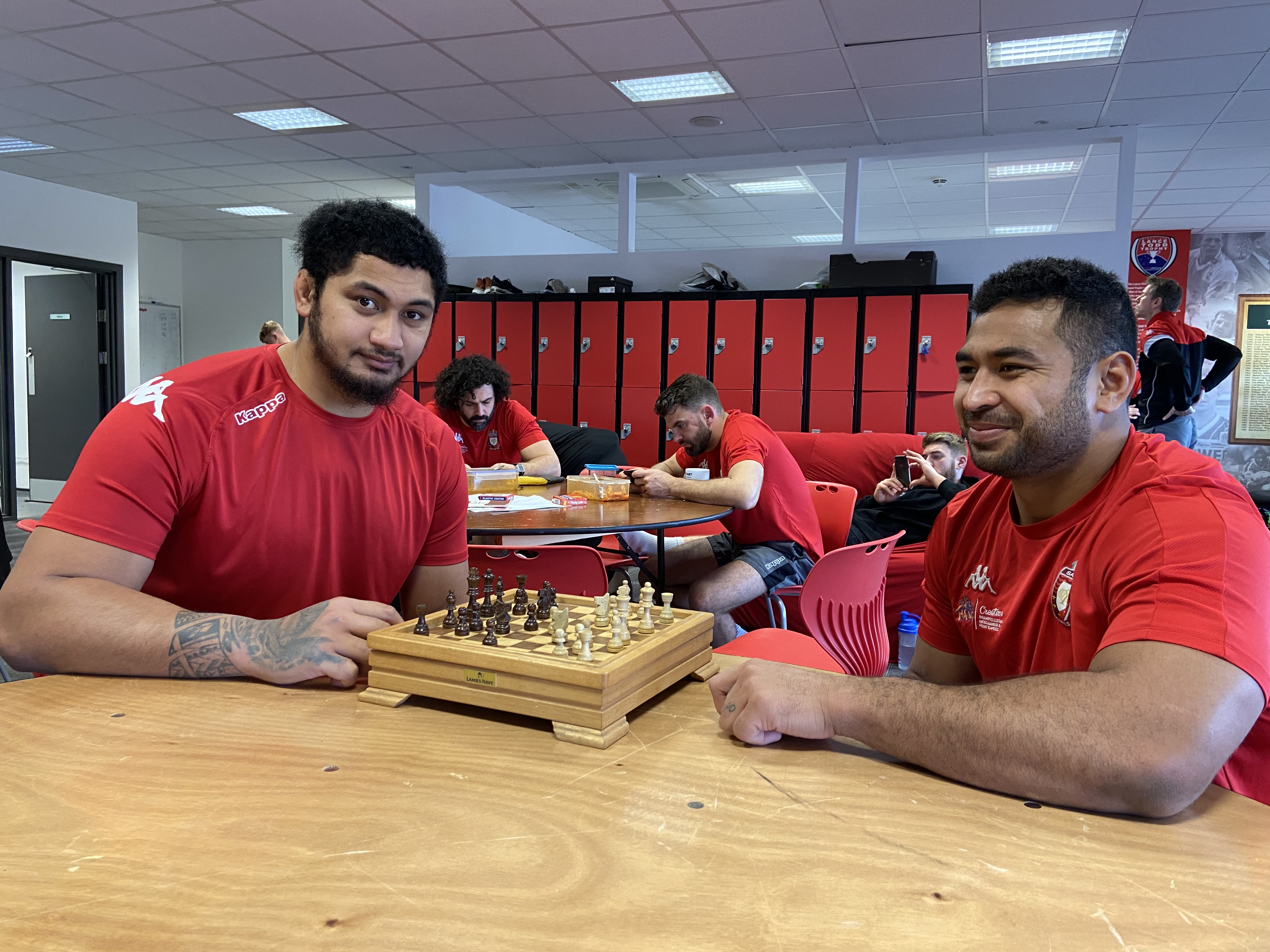 Off it, things could hardly be any different as the pair – who weigh a combined 35 stone – are often found working things out around a board in the players’ room at the AJ Bell Stadium.

The love of the tranquil sport comes from back-rower Pauli, all 6ft 4ins, near 19 stone of him, who has taken the almost 17 stones of team-mate Ikahihifo under his wing.

“It’s a good game for the brain,” revealed Pauli. “My brother and I used to play it a lot.

“When you play rugby league, you’re always running on adrenalin, so it’s good to take your mind off it from time to time. 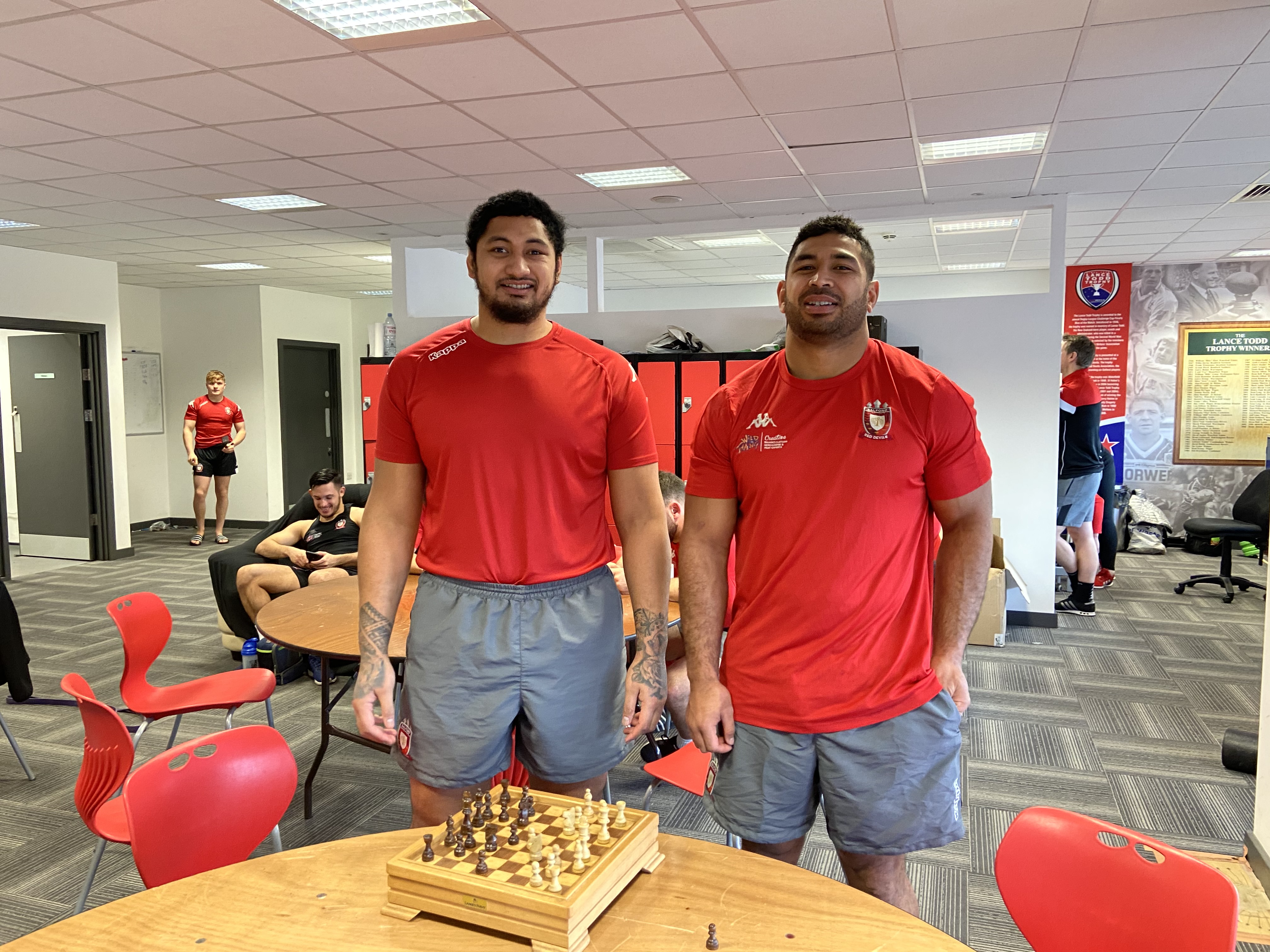 “When Seb and I are playing chess the other players just laugh really but because of the families we grew up in and the culture we’re from, it’s very rare to see Pacific islanders playing chess.

“And I got a lot of funny reactions when I play. I may be big but I’m a little softie really!”

As well as plotting moves around a chessboard, Pauli can be found on a keyboard as he is a keen piano player – he can also play guitar and the drums. 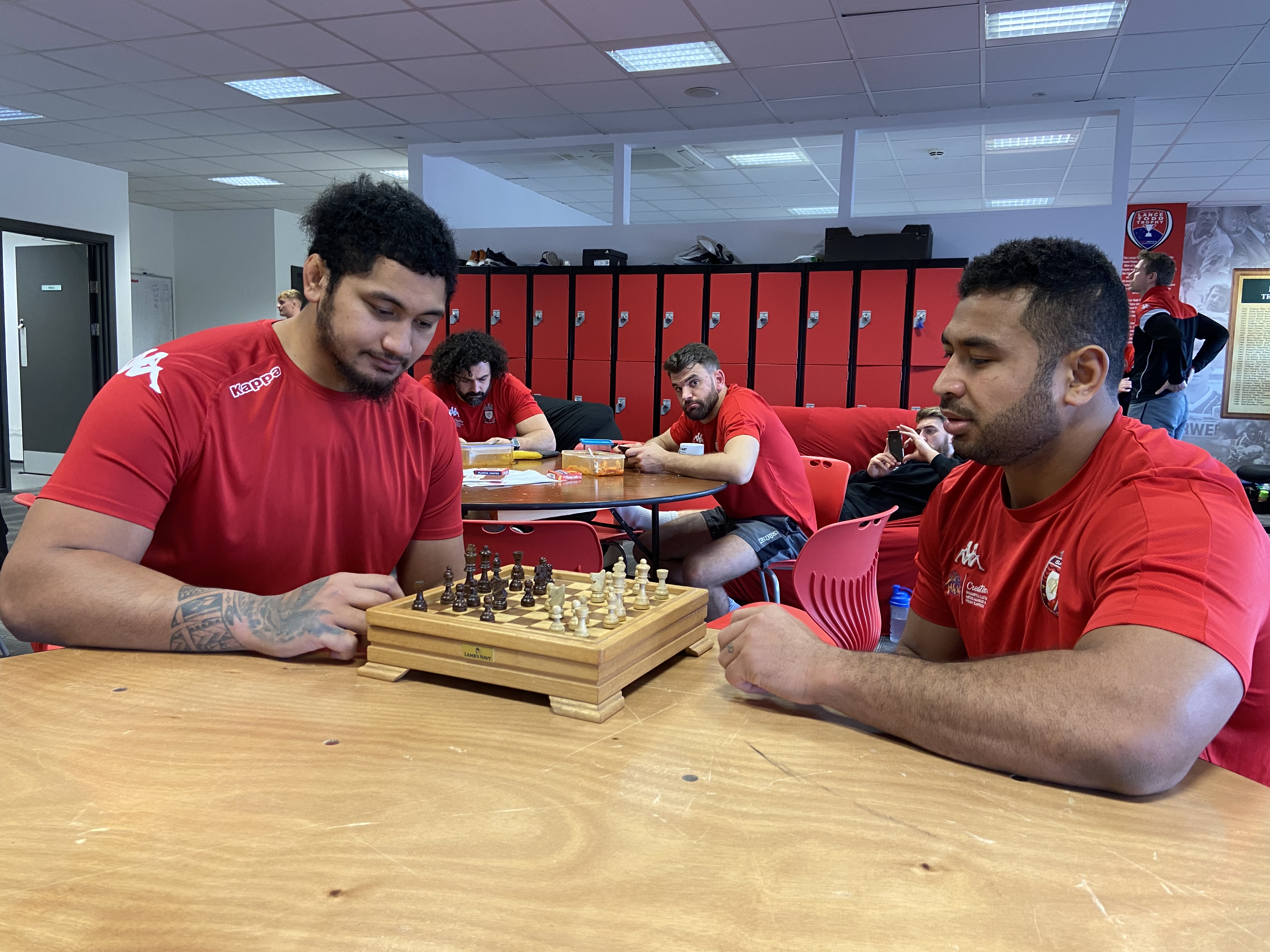 And the 25-year-old believes both can bring the best out of him in a match as he prepares to face former club Wakefield.

“They don’t really effect my rugby but they definitely help my mental focus. They help relax my mind but on game days I’m ultra-focused.”