SAMIR NASRI has been thrown a career lifeline from his former Manchester City skipper Vincent Kompany.

The France midfielder, 32, becomes a free agent next month when his short-term West Ham contract expires. 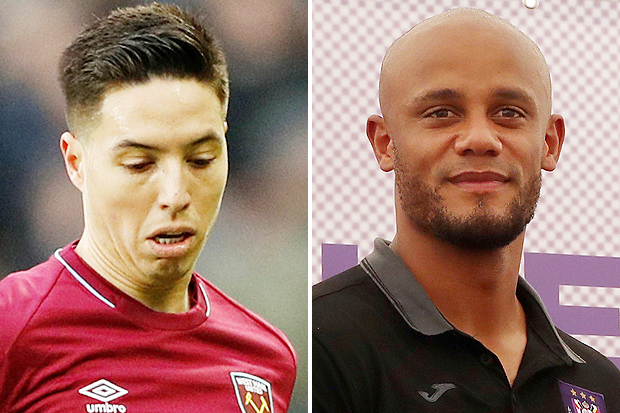 Nasri, who previously received an 18-month ban from football for doping offences, has not been offered a new deal from the Hammers as he plots his next move.

But the 33-year-old Kompany, who took over as player-manager of Anderlecht last month, has already been in contact with the ex-Arsenal midfielder.

And the centre-back has offered him the chance to join the Brussels outfit.

Nasri spent five seasons alongside Kompany at the Etihad, helping City win two Premier League titles and a League Cup, before leaving for Sevilla in 2016.

However the Frenchman has put Anderlecht's offer on hold as he chases a bigger payday.

Despite his chequered recent career, Nasri is seeking a deal worth around £3.5million a year – more than Anderlecht can afford.

Kompany has also approached two of his former Belgium team-mates, Nacer Chadli and Thomas Vermaelen, about joining him.

However neither ex-Tottenham midfielder Chadli nor former Arsenal defender Vermaelen have yet shown interest in returning to their home country.