WE may be lacking in numbers, but Sunday's Coral-Eclipse at Sandown is arguably one of the best races the world will see this season.

Enable, Ghaiyyath and Japan are the star factor in a red-hot Group 1. Callum Jamieson takes a closer look. 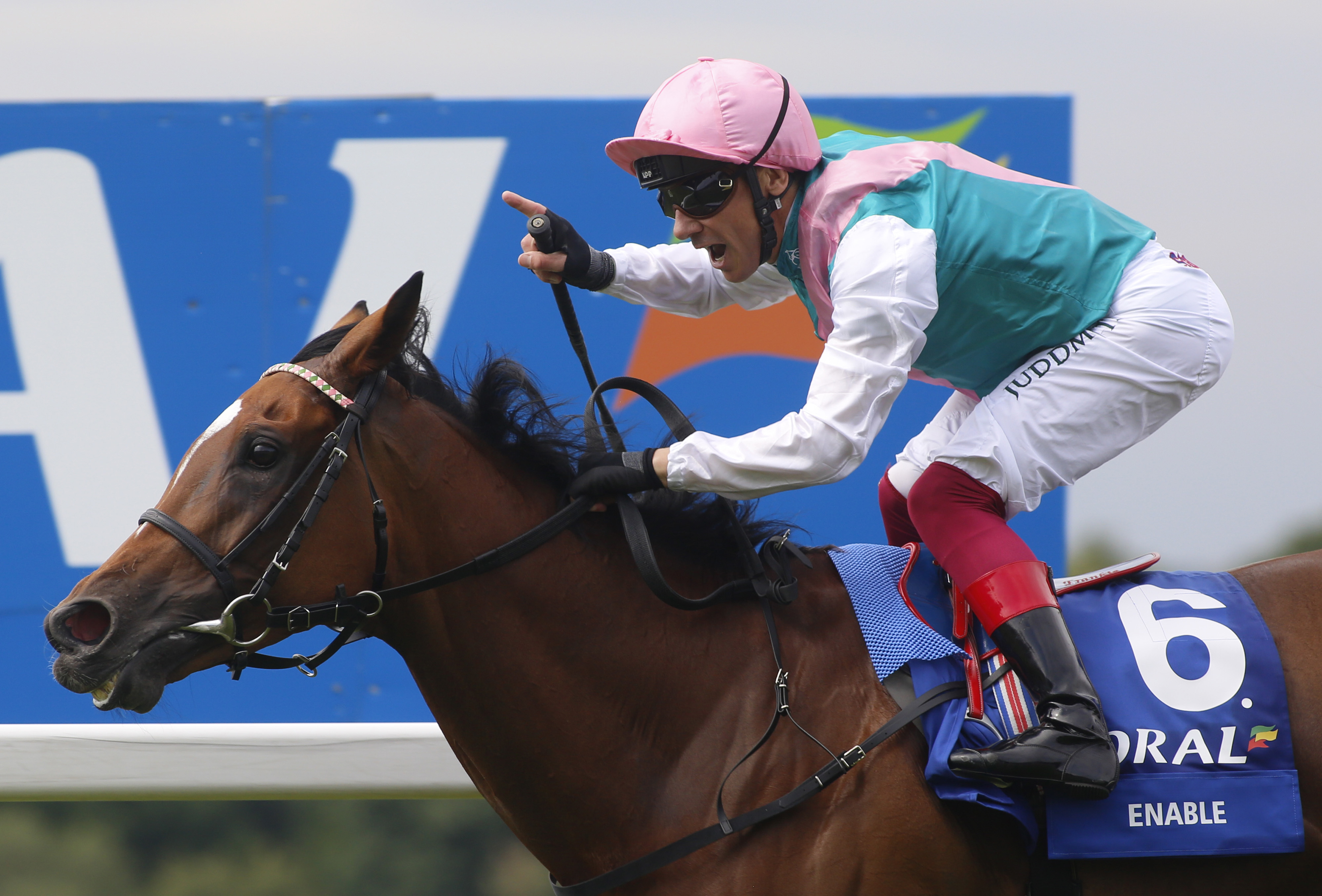 T&Cs: New customer offer, place a single £10 (or £5 e/w) Sports bet on the first race Epsom Saturday 4th July and get a £5 free bet for each of the subsequent races on the Card. Deposits using debit cards or Apple Pay only. Free bets are only valid for the specified race and are awarded when the qualifying bet has been settled. Free bet stakes not returned with winnings. T&Cs apply. 18+ begambleaware.org

The wondermare is back for more at the age of six as her team target a historic third Arc win.

She makes her comeback appearance at Sandown again – as she did last season when beating Magical – but has a tougher task this time around.

She's a year older and bumps into Ghaiyyath, a race-fit rival who on his day is about as good as it gets.

Gosden has made no secret that Enable has been harder to get fit this year and she was tubby enough when winning this Group 1 last year.

But listening to Gosden pre-race is often pointless and you should expect her to be close to her best. Ghaiyyath has already stuffed Stradivarius and you can bet Gosden doesn't want the Godolphin star to get one over Enable too.

The track will suit with the stiff finish, and we all know she is versatile in conditions. It should be some ding-dong.

CONS: First run of the year at age of six

On the face of it, Ghaiyyath has turned a corner and can seemingly put together a string of top performances – not just one off shows of brilliance.

His win in the Coronation Cup last time was out of this world. He blew apart a strong field and the numbers he put up were staggering. A repeat of that and Enable will strugge on her comeback.

The drop to ten furlongs shouldn't be a worry. Sandown takes some getting and he has more than enough speed.

I'm not sure he'll be able to dominate as much as he did at Newmarket last time, on a weekend where front-runners were at an advantage across the meeting.

Enable and Frankie are too street wise to give a horse like Ghaiyyath an easy lead, even if the small field is against them and little down the field wants to go forward.

A return to last year's Juddmonte International win would give Japan a shout. But he's not run like that in his last two outings, albeit with excuses.

But he's out of excuses now and if he is to be a real star of the Flat he needs to be taking on the likes of Enable and Ghaiyyath and giving them a proper race.

He was poor at Ascot in the Prince Of Wales's but should step forwards from that. He'll need to.

His best chance may be if Enable tries to take the race to Ghaiyyath earlier than most expect and he can take advantage of that pair going at it a way out. Unlikely, but you never know.

CONS: Needs to bounce back after Ascot, might not have the pace of Enable and Ghaiyyath

BEST OF THE REST

The race is surely between the big three, but there is strength in depth to this race.

You have to respect Deirdre. She has raced all over the globe in the biggest and best races but once again might just come up short at Sandown. She'll find easier Group 1s as the summer progresses.

At bigger odds Regal Reality makes appeal. He looked like he may have turned a corner after his run at Ascot – the first since being gelded.

He would have hated the ground that day and still shaped nicely. He will get a sounder surface now and was third in this race last year. It's a shame we only get two places each-way this time around, but anyone that wants one at juicier odds, he'd be the dart.

Magic Wand may have a role to play. She is the likeliest runner to try and keep tabs on Ghaiyyath and may well be the bridge for stablemate Japan and the others to be pulled into the race late on.

The jury is still out on Bangkok and he will be struggling in this company.

It's a race to sit back and enjoy, it truly is as good as it gets on the Flat.

But I fancy Ghaiyyath to edge this and he is just about backable with Enable heading up the betting.

A glimpse of the runners beforehand will be vital as we'll get a clue as to just how fit Enable supposedly is.

She will have to be at her best if Ghaiyyath repeats his Coronation Cup performance. Back Charlie Appleby's star to go in again, with Regal Reality not ruled out at big prices.