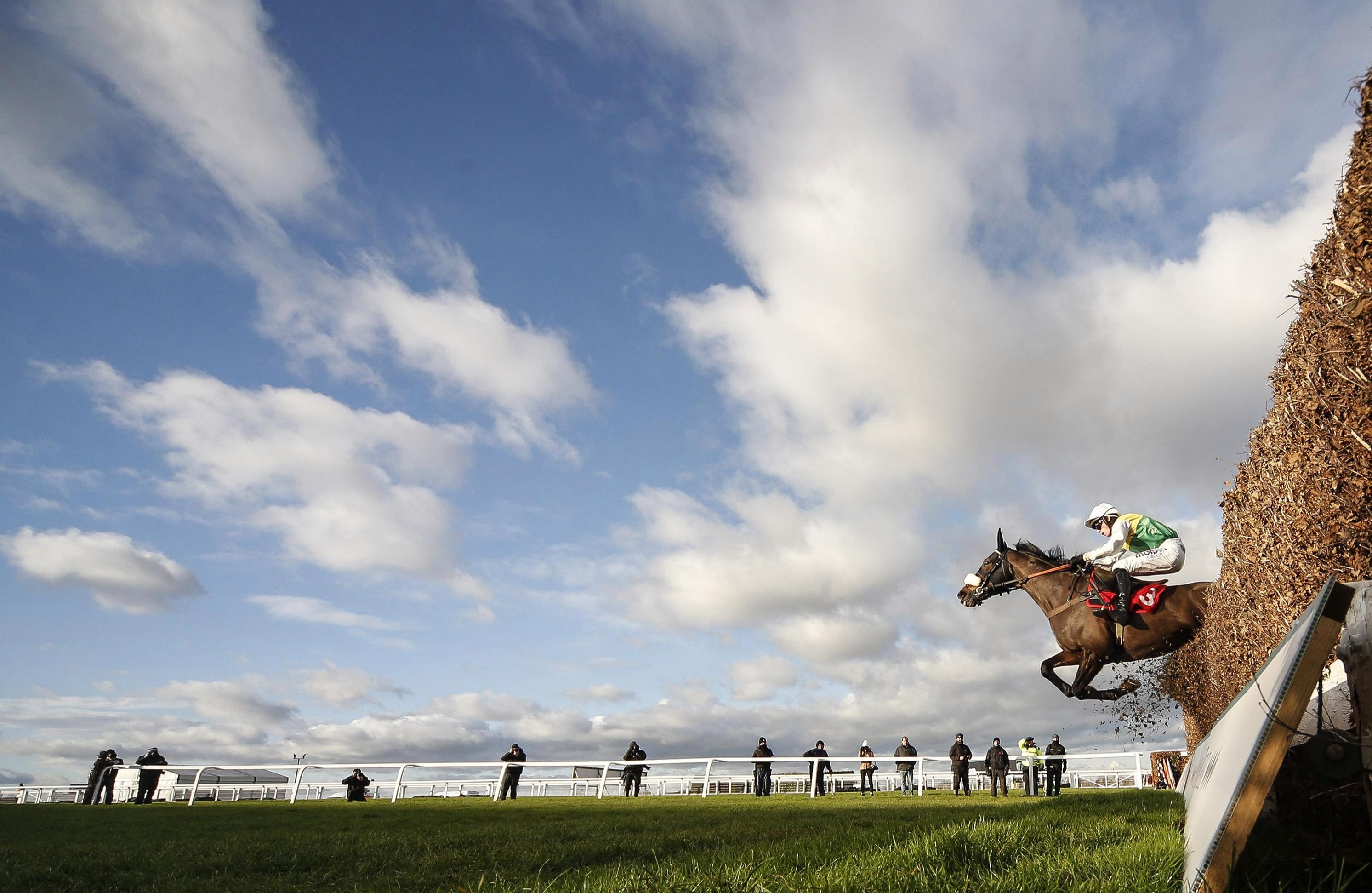 Far from an easy start to the day, with a wide open novices' hurdle to get us underway.

I've tentatively sided with the more experienced BADDESLEY KNIGHT for Chris Gordon, after a solid fourth at Newbury last time out.

The form is solid enough for the level and the yards' runners have taken a step forwards in the last week.

Zanza and I Can't Explain have obvious claims hailing from the Hobbs and Henderson yards.

Zanza could be vulnerable under the penalty, with the form of his win taking a knock, and any clues in the market for I Can't Explain could tell the tale.

Things don't get any simpler in the next, a competitive handicap hurdle with ten mares declared.

There's a few unexposed types potentially well in here, but the one I like at a price is JUBILYMPICS.

She's only six and ran in some strong races last season. A repeat of her Newbury run should see her go very close off of this rating.

Secret Door should be in the mix and could give Harry Fry another weekend winner. The handicapper has given her a chance and her jockey is good value for 5lbs.

Papagana is completely unexposed and the booking of Aidan Coleman takes the eye. The jock won on her the last time he rode the mare.

These races can throw up funny results, with the qualification aspect of the Pertemps Series throwing up plenty of chances to get in the big one come March time.

MELLOW BEN has been running in hot races at Cheltenham, and, in theory, this should be a slight drop in quality.

Any form behind the likes of Speedo Boy and First Assignment is clearly solid as a rock and Chris Gordon looks to have taken aim at this Saturday card.

Eminent Poet will relish the conditions and a Sandown slog will be right up his street.

Another Emotion is an interesting runner for the in form Warren Greatrex and if solid in the market, could run a big race.

The first of Saturday's Grade 1's comes in the 1.50 and it sees the return of Arkle fancy Lalor.

But if conditions continue to deteriorate and more rain falls I wouldn't be surprised if Kayley Woollacott pulled her stable star, especially considering this wasn't her original plan.

DYNAMITE DOLLARS ran nicely at Cheltenham last time and should take another step up here. The Nicholls team have had plenty of winners since then.

Diakali will ensure a gallop and Gary Moore would have targeted this race a long way out.

Highway One O One also can't be ignored and looks a different animal over fences.

I'm all about NELSON'S TOUCH in this heat at Sandown. He was second to the re-opposing Totterdown at this track last time but had let the winner get away that afternoon.

Daryl Jacob will have his rival in his sights this time and the stronger field should ensure Richard Phillip's hurdler won't be able to repeat the same trick.

Apple's Shakira is without doubt the class act in this field. But she didn't win at either Cheltenham or Aintree when well fancied and juvenile form rarely transfers well to open company.

Man Of Plenty is a consistent type and in a properly run race should be a factor up the Sandown hill.

It's hard to look anywhere else than ALTIOR in the day's feature.

He's a superstar and always has more in the tank than he lets on. Really testing ground wouldn't be in his favour and may throw doubt on his participation.

But given normal circumstances and no jumping troubles, he should be too good for these, despite the quality in behind.

Un De Sceaux will love the mud and took this in 2016. Fair play to Willie Mullins for bringing him over. He'll give Altior a race and at the least ensure a solid pace up top.

It's hard to split Sceau Royal and Saint Calvados, but I'll just side with Sceau Royal to finish above Calvados.

A cracking finish to the day, with a thorough test of stamina needed to get home here.

ROYAL VACATION is the ticket for me in the last. He returned with a brilliant second to Rock The Kasbah at Cheltenham.

He stayed on nicely that day, but his stamina is still slightly question after being pulled-up on his only other crack at the marathon trip.

But he's slightly less exposed than a good number of these and if handling the conditions will be a serious threat.

Chase The Spud is a fans' favourite and could run a blinder. The old boy still has some petrol in the tank and has been given a slight chance by the handicappers.

Actinpieces looks on a tempting mark as well, and if her jumping passes the test she could figure.