JUVENTUS manager Maurizio Sarri has admitted it is difficult for superstar Cristiano Ronaldo and Argentine ace Paulo Dybala to play together.

The Italian side return to action tonight against AC Milan in the second leg of their Coppa Italia semi-final. 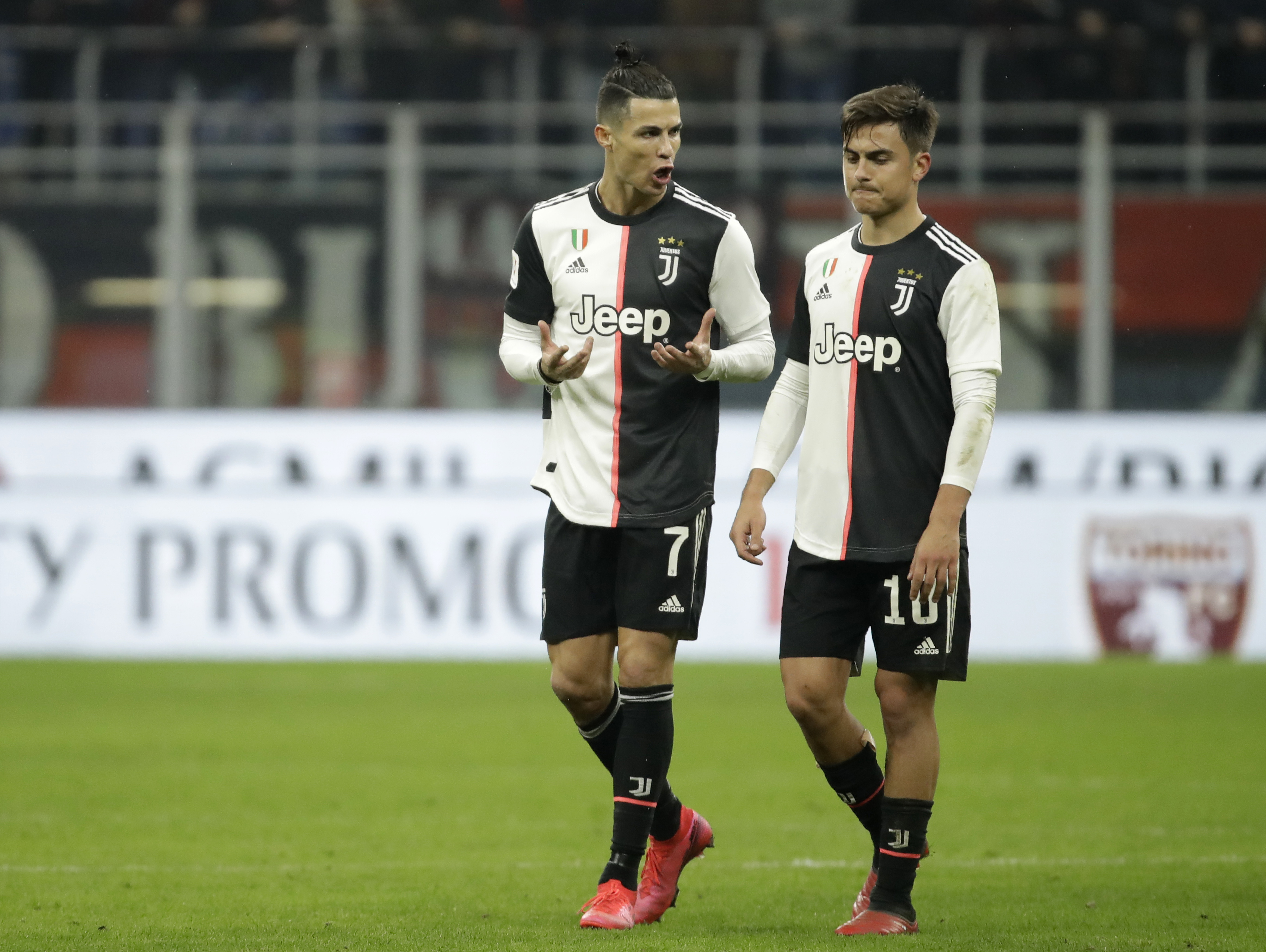 The game marks the return of football in Italy after the country was one of the hardest hit by the coronavirus.

Play was suspended in Serie A on March 9 and it is over three months since a ball was last kicked.

Despite the welcome return to action, ex-Chelsea boss Sarri has confessed to a selection headache revolving around talented attacking duo Ronaldo and Dybala.

"He is a star, although tactically it is difficult to make him coexist with Cristiano Ronaldo.

"It is not easy to get them to play together, but with the technical and physical qualities Ronaldo and Dybala have, they can make a difference at any time.

"The team must adapt to these qualities, but it is also true that the area is a bit empty, although it is a pleasant difficulty."

The pair are thought to be close and even celebrated a goal with a "kiss" back in January.

However, Dybala revealed that Ronaldo is not particularly well liked back in Argentina.

He told the Argentinian Football Association: "I said to him, 'Cristiano, in Argentina, we hate you a bit because of your figure, because of how you are, of how you walk.'

"The truth is that, you've surprised me because I've found you to be different."

Portuguese icon Ronaldo is set to make his return to competitive action after he spent the majority of lockdown isolating with stunning girlfriend Georgina Rodriguez – who said she felt ashamed working out in front of him.

The tie remains in the balance at 1-1 but Dybala will just be hoping to get back on the pitch.

He revealed he was still feeling groggy after testing positive FOUR times for Covid-19 during the season's enforced lay-off.