Sarri wants to keep Hazard at Chelsea and improve him

Chelsea coach Maurizio Sarri wants to keep Belgian forward Eden Hazard at the Premier League club and improve him as a player.

Hazard, part of the Belgium team who finished third at the World Cup, has been linked with European champions Real Madrid and hinted last week he would like to move to the Spanish capital. 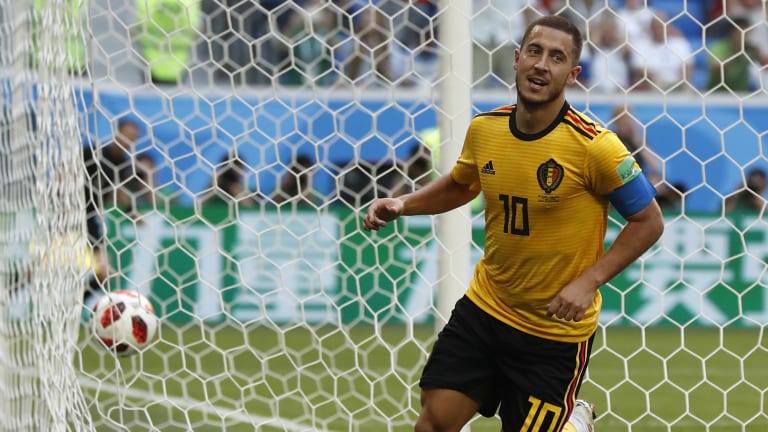 "He (Hazard) is one of the top two or three European players, and I look forward to working with him,” Sarri told a news conference on Wednesday.

"Hazard is a very high-level player. I hope that I will manage to improve him."

Sarri was named as Chelsea coach on Saturday, 24 hours after the club sacked his fellow Italian Antonio Conte after two years in charge during which he led the London club to the league title in 2017.

"Antonio reached incredible results here and is an extraordinary manager,” Sarri said, “All good things that Conte did must be left.”

“It’s really a pleasure to be here in London, here in England and here in the Premier League, the best league in the world," he said.

“It’s a difficult yet fascinating challenge, and it is stronger and tactically different to Serie A,”

Chelsea start their pre-season tour with a game against Perth Glory in Australia on Monday before travelling back to Europe to play against Inter Milan, Arsenal and Olympique Lyonnais.

As FA Cup winners they play champions Manchester City in the Community Shield before their first Premier League match against Huddersfield Town on Aug. 11.