We've got everything you need to prepare for the big race with our in-depth preview and latest trainer quotes. 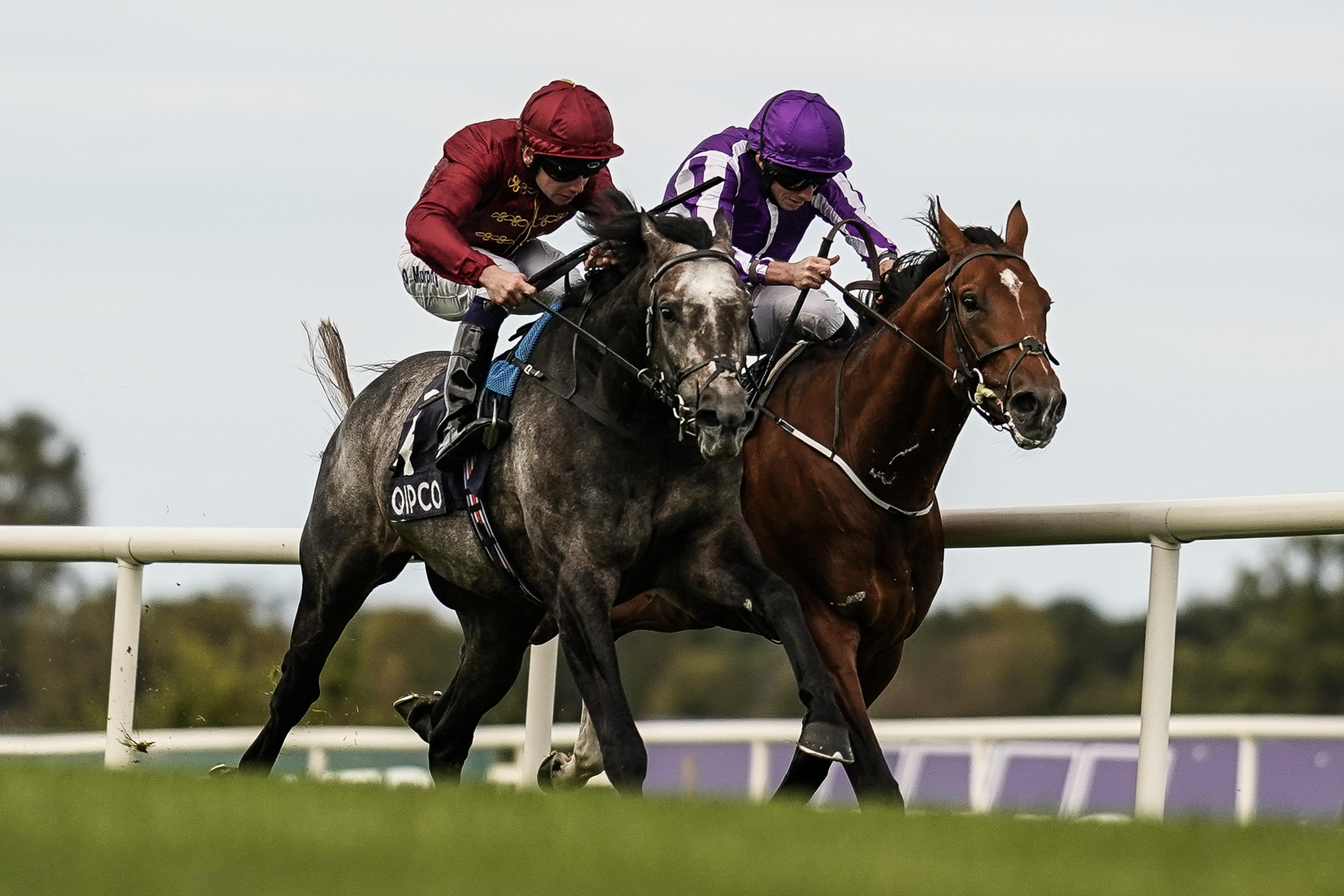 Showed improved form in the spring, bolting up in the Lincoln and easily winning a Group 2 at Sandown.

Struggled on quick ground when eighth in the Lockinge at Newbury in May and not seen since.

Gets his ideal conditions today but has been off a long time and will need to return right at his best to play a part.

"He didn't travel to Ireland, but did go to France. I don't think it will have done him much harm.

"His weight is really good and he's ready to run. His form is OK and he's a big, fine horse."

Flopped when well fancied for this race last season but has regained his form this term.

Overall level of form is below that of some of his rivals, and he has flopped over the straight track at Ascot on three occasions.

Improved performer this season, winning a Group 3 at Epsom at the Derby meeting in June.

Ran a cracker to finish fourth in the Queen Anne over course and distance and solid form since then.

Likes soft ground, so one to consider closely at a decent price.

"He is doing super well, we are really very pleased with him. We've given him a nice break since he ran so well in the Arlington Million in America because we've had the QEII as his main end-of-season target.

"He ran a huge race in the Queen Anne, when the ground was a little bit quick for him, but he still finished strongly.

"We are hopeful of a good run, but you can never go into a race like that over-confident.

"There's some fantastic horses in there rated much higher, but we are happy to give it a go.

"He likes to get his toe in and it's a case of the softer the better for him."

Broke a long losing run when a narrow winner of a minor event at Epsom last month.

Lesser efforts the last twice, including when disappointing in a Listed race at Ayr.

Will be ridden to pick up the pieces but has no chance of winning.

Admirable performer was narrowly beaten in the Lockinge by Rhododendron in May.

Gained a deserved Group 1 success when sprinting clear to win the Sussex at Glorious Goodwood.

Excuses when fifth in France last time and would have preferred quicker ground.

Plenty of strong form at this track, including when winning the Balmoral Handicap at this meeting last year.

Has hit the frame in Group 1 company this term, and possibly found the going too fast in Canada last time.

Will love the underfoot conditions and will be finishing late under Jamie Spencer.

Produced a career best performance to win the Prix du Moulin at Longchamp on his latest outing.

Soft ground is fine and looks a leading contender.

"We rode him to win that race last year, and it cost us the second place.

"I think if we'd have waited a little bit more, he should have been second, but I think it was a great performance.

"The issue was that a mile and a quarter was a little bit too long for him, but only at this level.

"He was second, beaten by a champion (Alpha Centauri) in the Jacques le Marois. The horse is very well at the moment and I am quite confident."

Group 2 winner earlier this season and has hit the frame in Group/Grade 1 company on two of his last three outings.

Will appreciate a bit of cut underfoot, but was well-held by Addeybb when last clashing with that rival.

Goes well over this course and distance, winning the Duke Of Cambridge Stakes at Royal Ascot in June.

Beaten twice since then, but shaped as though she would improve for the run at Newmarket latest.

Lively outsider at a track she loves, though ground slower than ideal.

Likeable sort yet to win in five starts this season but has been running well in defeat.

Run down late in the day having tried to make all in a Group 2 in France last time.

Looks set to come up short at this level once more.

Brilliant three-year-old has improved throughout the season.

Ground conditions a concern, but looks to have the required pace for this drop in trip.

"He's an exceptional horse and every time I ride him I need to keep that in mind.

"Horses like him are so hard to get your hands on and he will have no trouble coming back in trip.

"If you roll back the clock to the 2000 Guineas, clearly he's proven now that he's a much better horse than (the winner) Saxon Warrior.

"If you could run the Guineas again, at the stage he is now, I think he would win. He's a different horse now to what he was in May.

"At the races he's brilliant and very relaxed about the whole thing, but going to post you need to switch him on by giving him a proper canter, otherwise he's not focused and he would think he's just there for a day out."

Caused a major upset when landing the Irish 2000 Guineas in the spring.

Flopped at Royal Ascot but ran slightly better on his return from a break in France when last sighted.

Will find a few too good again here.

Just touched off by Laurens in the Sun Chariot Stakes at Newmarket last month.

Soft ground conditions no concern, and he she could be coming to the boil at the right time.

Hit or miss profile, but won a Group 2 in Ireland two starts ago.

Finished a solid fourth behind Laurens and Happily at Newmarket on her last outing.

Up against it on that evidence.

Tough as teak filly has rattled up four Group 1 wins this season.

Typically tough in the finish when fending off Happily to win the Sun Chariot last time.

Supplemented for this and sure to go well if handling this softer ground.