John Gosden and Aidan O'Brien look to be the main players – we've said that before – with Magna Grecia the one to beat according to the bookies. 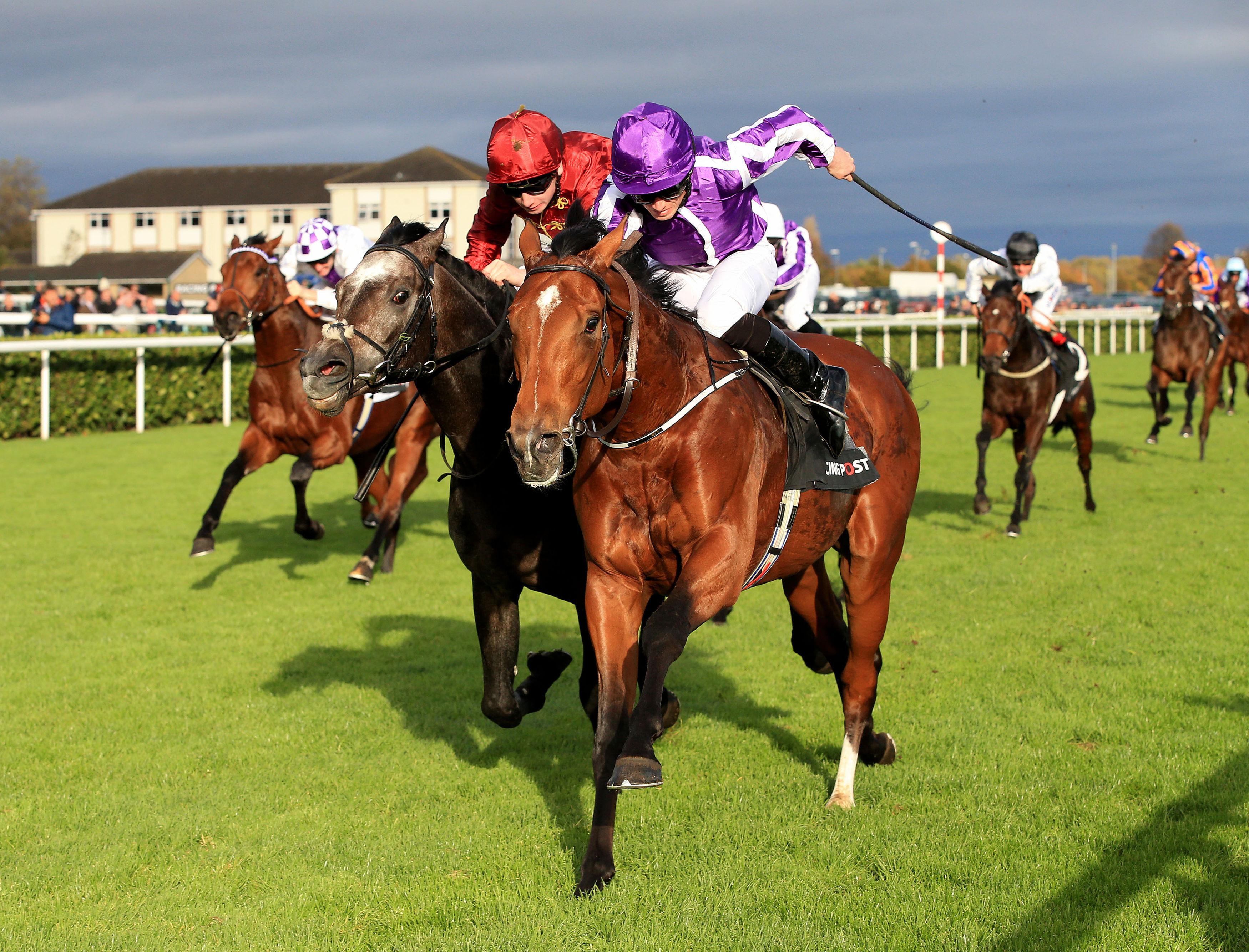 Only one place behind Magna Grecia at Newmarket and there's a big price difference here.

You can never discount an O'Brien second string and The Pentagon ran well in this last season.

Still unexposed and will probably prefer this easier surface.

"Circus Maximus is in good form. He seems to have come out of Newmarket well and we were delighted with his run as well.

"We're looking forward to seeing him running again too. He was still a little bit green last time. He was very green in Gowran the time before that and was still green there. We think he will progress more."

Closely matched with the David Simcock runner on Newbury form, but the Simcock horse was making his first start.

Hard to see him winning, but could run a big race and run into the places if finding major improvement.

Andrew Balding doesn't throw his horses into races like this for fun though and any movement in the market is interesting.

Up there with the better horses ratings wise but hard to read too much into his Listed success at Haydock in the bog it was run in.

Still, in good form and has solid form in the book beforehand.

Has stamina to burn already and if it turns into a real burn up he could be there lurking.

The Gosden second string but still of huge interest. In the Qatar colours of Roaring Lion and has already been touted as a horse for next season.

Must have some ability though and that could be enough for him to figure here.

Interesting how he fares in the market with stablemate Turgenev the clear form pick.

John Gosden on Kick On

"He won well at Newmarket and I'm happy to let him run.

"He had a setback after his first run so he had a nice holiday. He has grown a lot and is a genuine galloping horse.

"The mile helped last time as he has got a huge stride and covers a lot of ground."

Was a breeze up horse and showed a good turn of foot on debut when winning well from a couple of smart sorts.

A leap of faith to side with him and surely this is just a tad too soon for him.

More exposed than most and his form isn't up there with the majority in here.

Listed winner two runs ago but that form hasn't played out well. Might be better with a bit of cut in the ground though.

Back at a mile which should suit too. One of the outsiders and easy to see why.

The correct favourite, but very short in my book. Only second in a Group 3 last time and this is a Group 1.

However, that race was red hot for that grade and the front two look very smart colts going forwards.

A bit short for me to chance, but could be too good for these. However, with so many unexposed types I can look elsewhere.

"Magna Grecia is in good form. Obviously it's not long since he ran in Newmarket, but he seems to be in good form since.

More experienced than those at the top of the market and the step up to a mile should suit perfectly.

Ran well behind Too Darn Hot last time at Donny and everyone knows how special that horse is.

Jamie Spencer rides Doncaster as good as anyone and still backable at an each way price he looks hard to ignore.

Charlie Hills on Phoenix Of Spain

"He probably sets the standard on form. He goes there rated 111, which is pretty high.

"I think the extra furlong will suit him and we know he handles the track.

"I'm pleased the rain has stayed away and we're looking forward to running him."

This is a huge step up but he looked smart at Newbury and that there was plenty more in the tank.

Simcock liked him from the off and any market support on only his second start is interesting.

Gosden's leading hope after winning nicely on his last two starts. Form of latest win yet to fire though.

However, trained under this man and entered in this Group 1 he must have something in the locker and running against better horses may be the making of him.

Surprisingly Mr Gosden has never won this race. Take that as you will.

"He's a progressive horse. He is only a novice winner and he doesn't come with any Group race form, but he is a nice horse.

"He has pleased us since winning at Newmarket and deserves to take his chance in a race of this nature."