Cronulla will have to continue their premiership quest without Wade Graham after scans confirmed the star second-rower tore his ACL in Saturday’s finals loss to the Sydney Roosters.

Graham limped from the field early in the first half at Allianz Stadium after a fumble and collision in the lead-up to a Roosters try. 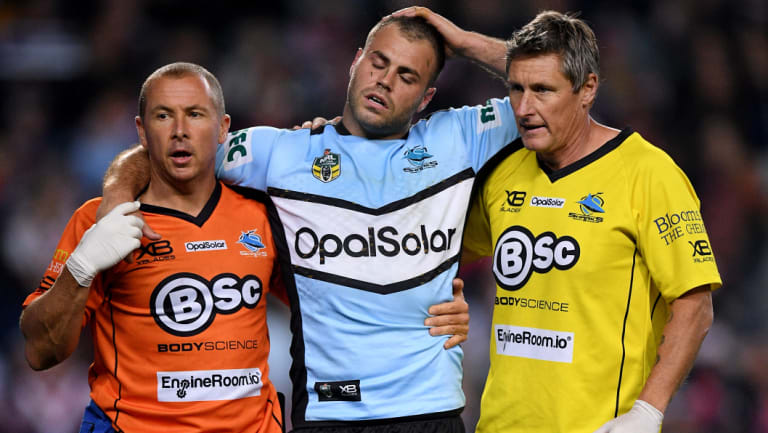 Body blow: Wade Graham of the Sharks is assisted from the field by trainers.

‘‘I spoke to him this morning. He’s unfortunately done his ACL. He’ll be out for the rest of the season,’’ Sharks skipper Paul Gallen said on the Nine Network’s Sports Sunday.