The man nicknamed the 'Baby Rhino' rampaged his way through Scotland's pussycat pack as Eddie Jones' meatheads stepped off the bench to do the business. 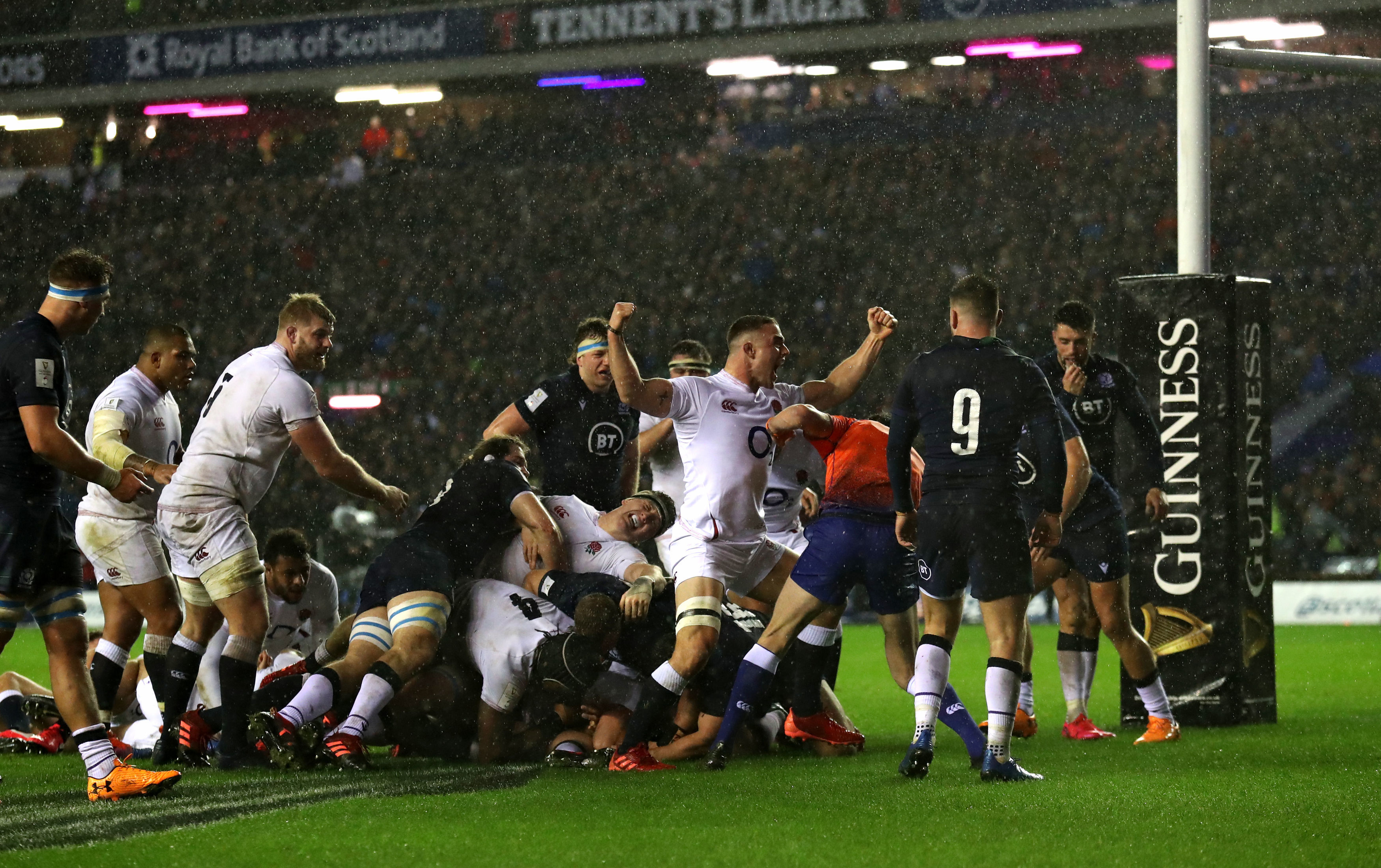 Super-sub Genge produced the fireworks in a game that was otherwise a total and utter washout.

And like Six Nations leaders Ireland the week before, England profited from a horrendous Stuart Hogg howler to win it in dramatic and calamitous circumstances.

After the feast of Twickenham in 2019, when an electric Calcutta Cup clash finished 38-38, came the famine of Murrayfield.

England edged it just 3-0 at the break thanks to an Owen Farrell penalty in horrific conditions.

All the pre-match talk was of hatred and hostility, but it was the ferocity of Storm Ciara that dampened everything with immediate effect as howling wind and rain lashed it down in Edinburgh. 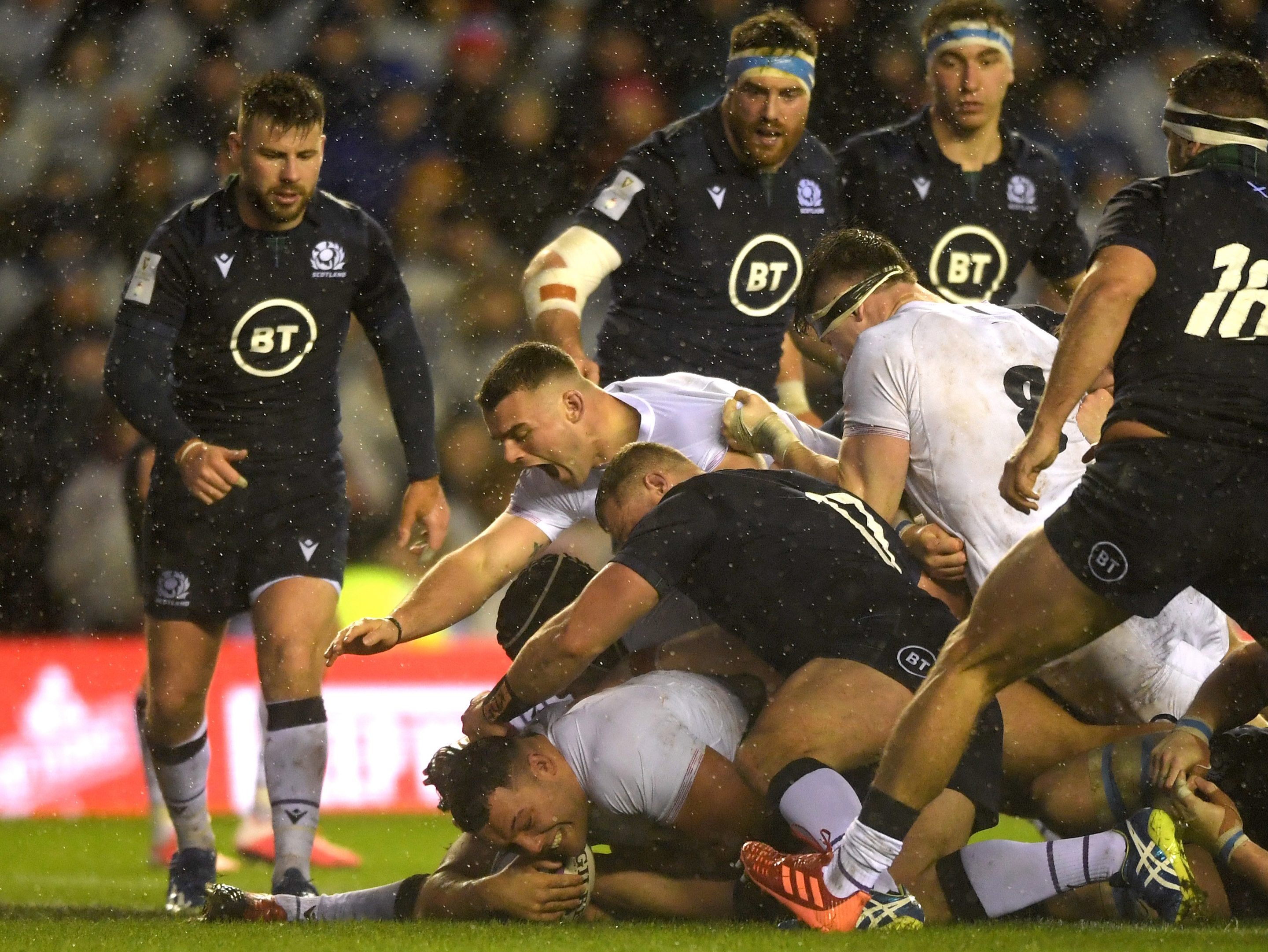 So in fact the biggest battle for these two stuttering sides was in trying to get a grip on the conditions.

Kicks would go up in the air then bend backwards as they got caught in 60mph plus winds.

At times it was more a comedy of errors than a serious Test match.

But England, beaten-up in the French rain the week before, finally got revenge back on the Auld Enemy as their bench loaded with forwards powered them home.

And credit to boss Eddie Jones, he played his cards exactly right with his replacements after a week in which he had his position questioned by World Cup winner Kyran Bracken.

No DVD's will be made of this game which marked 30 years from Scotland's heroic Grand Slam. 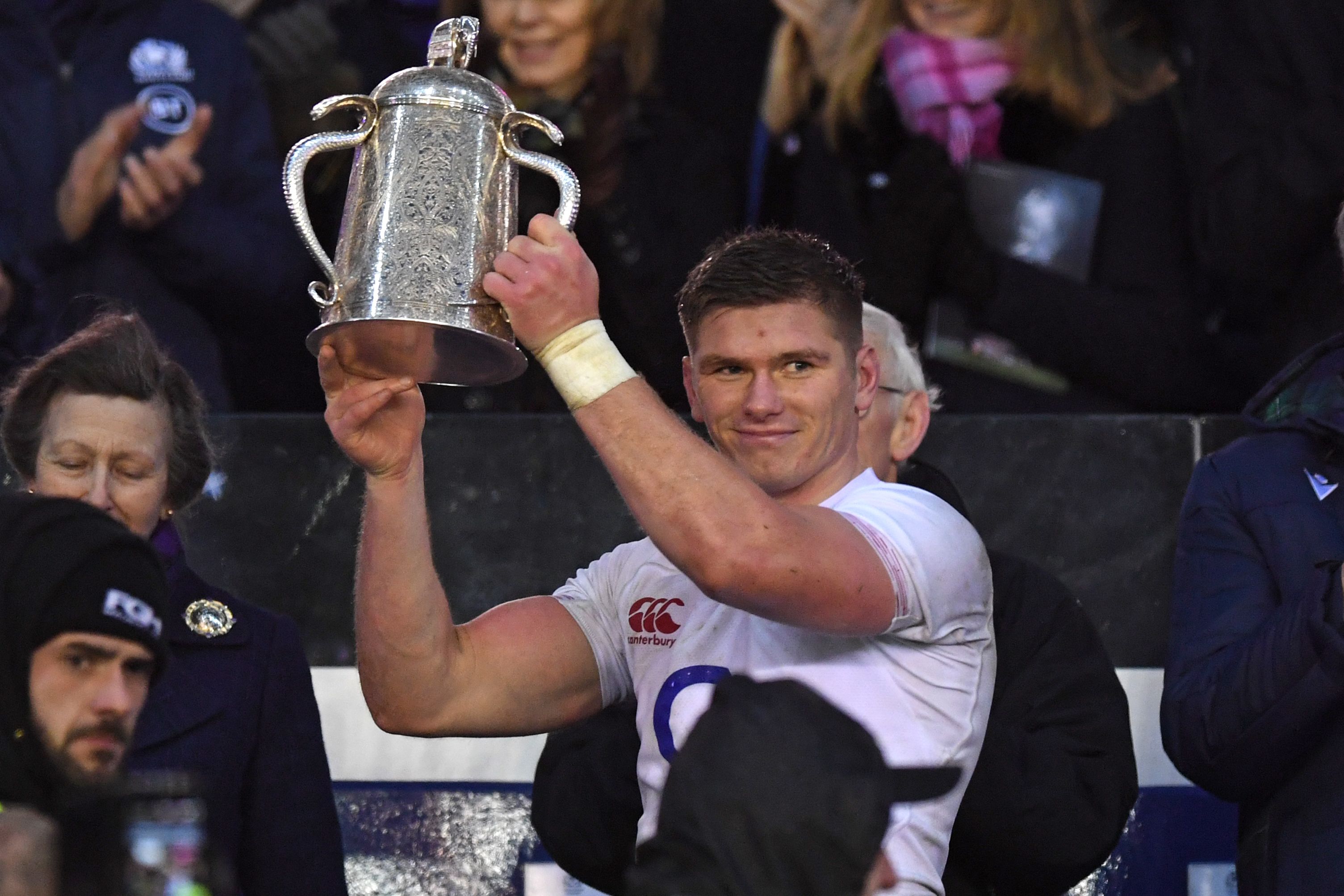 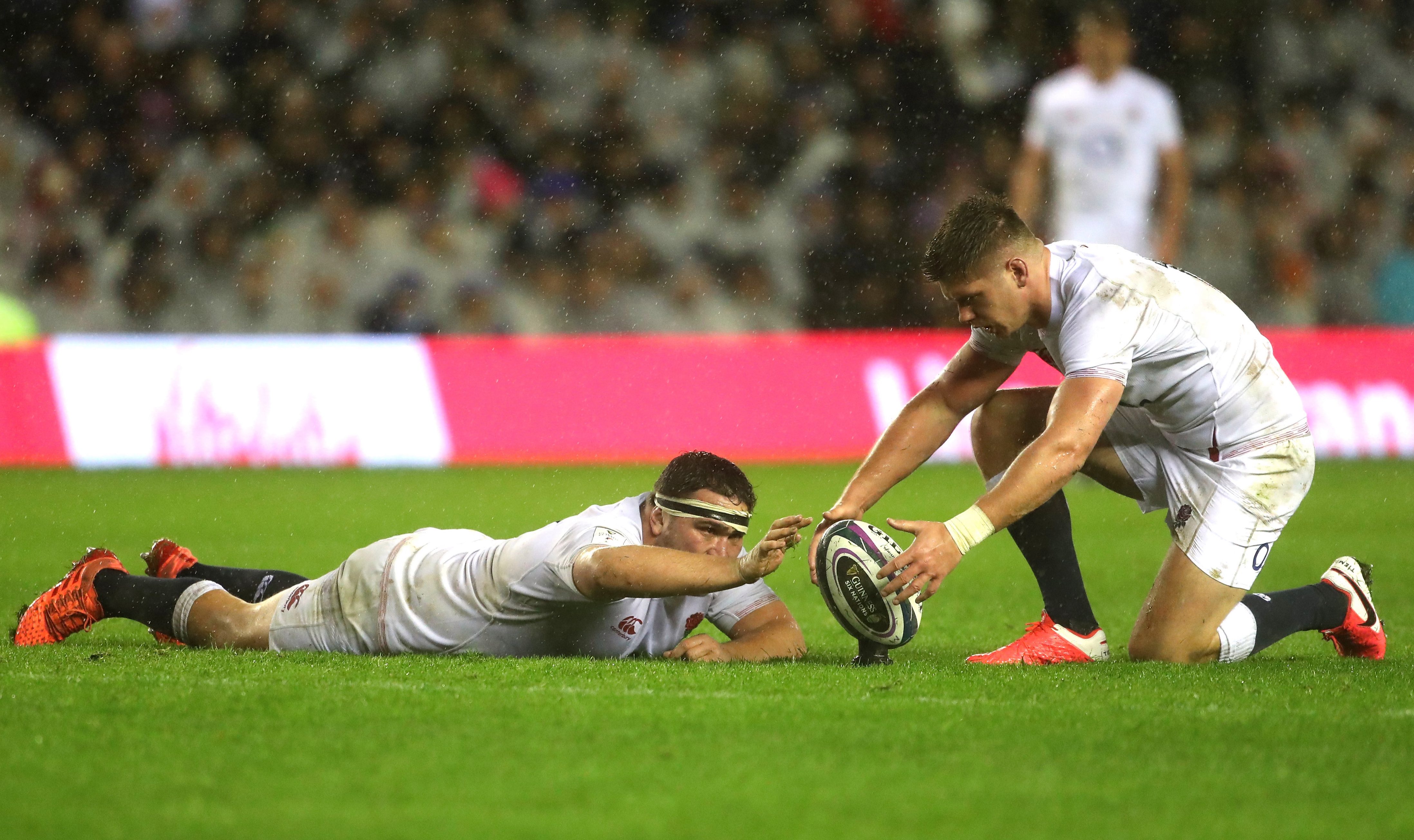 Flanker Sam Underhill admitted: "It wasn't the prettiest, but it came down to work rate and managing the conditions.

"It was pretty dire and the kick game was important. We are proud of the effort and we are delighted to be on the right side of the scoreboard."

It started and ended ugly.

And his third attempt at putting on any kind of serious scoreboard pressure was reminiscent of a Roberto Carlos free-kick as it bent its way wide.

Scotland came out of the blocks after the break and after 13 phases and wave after wave of route one rugby they were in.

England were caught not releasing in the tackle and Adam Hastings, son of Scotland and Lions legend Gav, kicked over the penalty to draw them level.

After a barren wasteland of play in the previous 40-minutes Hastings was key again when England's scrambled defence panicked and Ford was tackled by his opposite number as he tried to offload to Jonny May – spilling the ball in calamitous style. 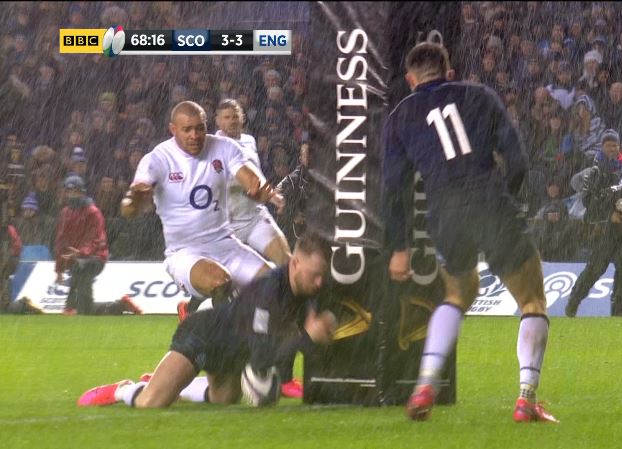 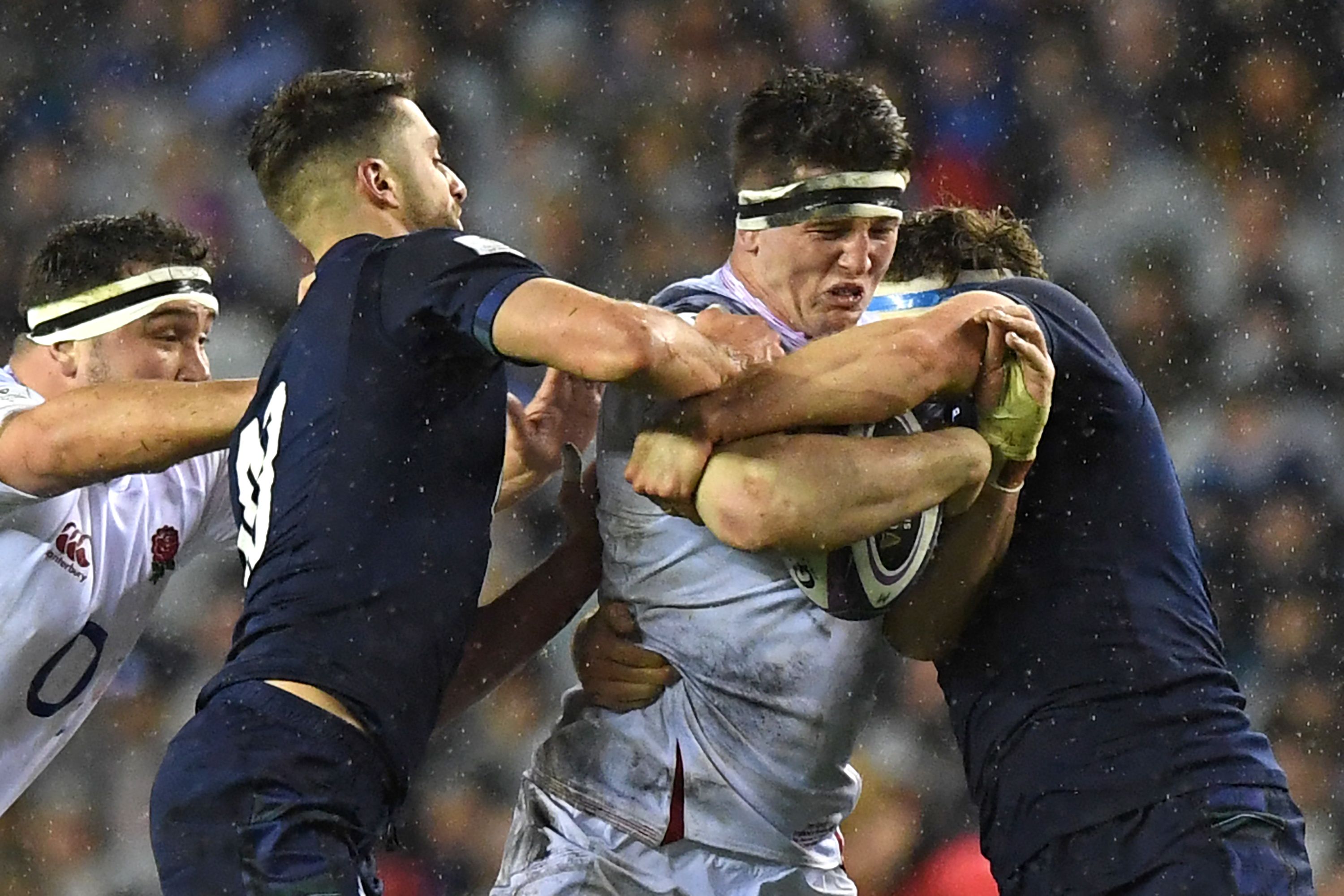 The awful pass went over May's head and pandemonium in the 22 reached fever pitch as the winger could only boot it out into touch to save his side from further embarrassment.

Lineouts continued to miss their targets and cold hands and a wet ball meant nothing went to plan for either side.

Scrum-half Willi Heinz was brought in as the safe pair of hands to help keep it calm.

But he kicked back-to-back clearances straight into touch from outside his 22 to give Scotland crucial fields position to attack off.

Ford did similar, too as he struggled to get the right weight on his boot.

Then Elliot Daly… it was getting ridiculous. 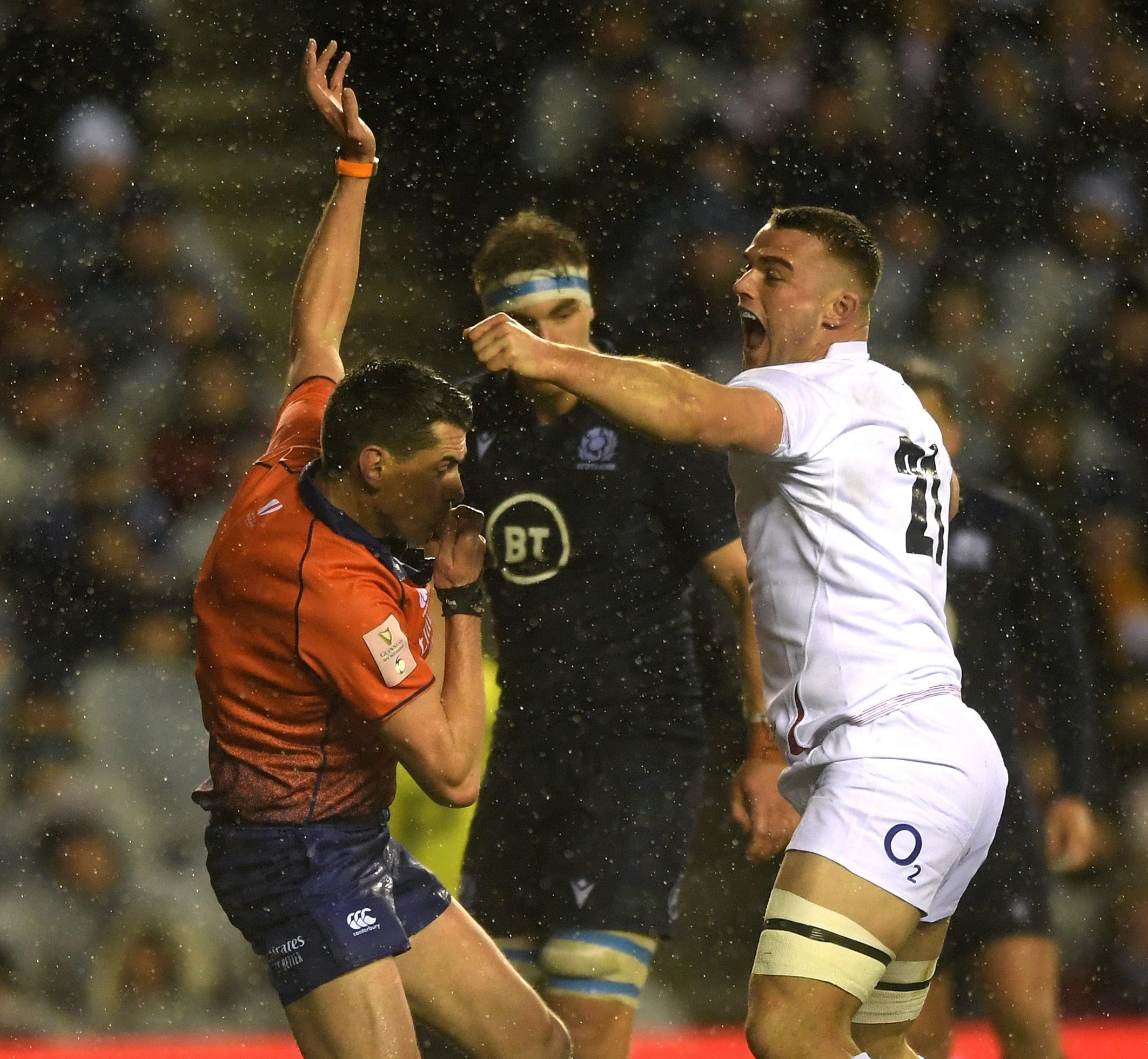 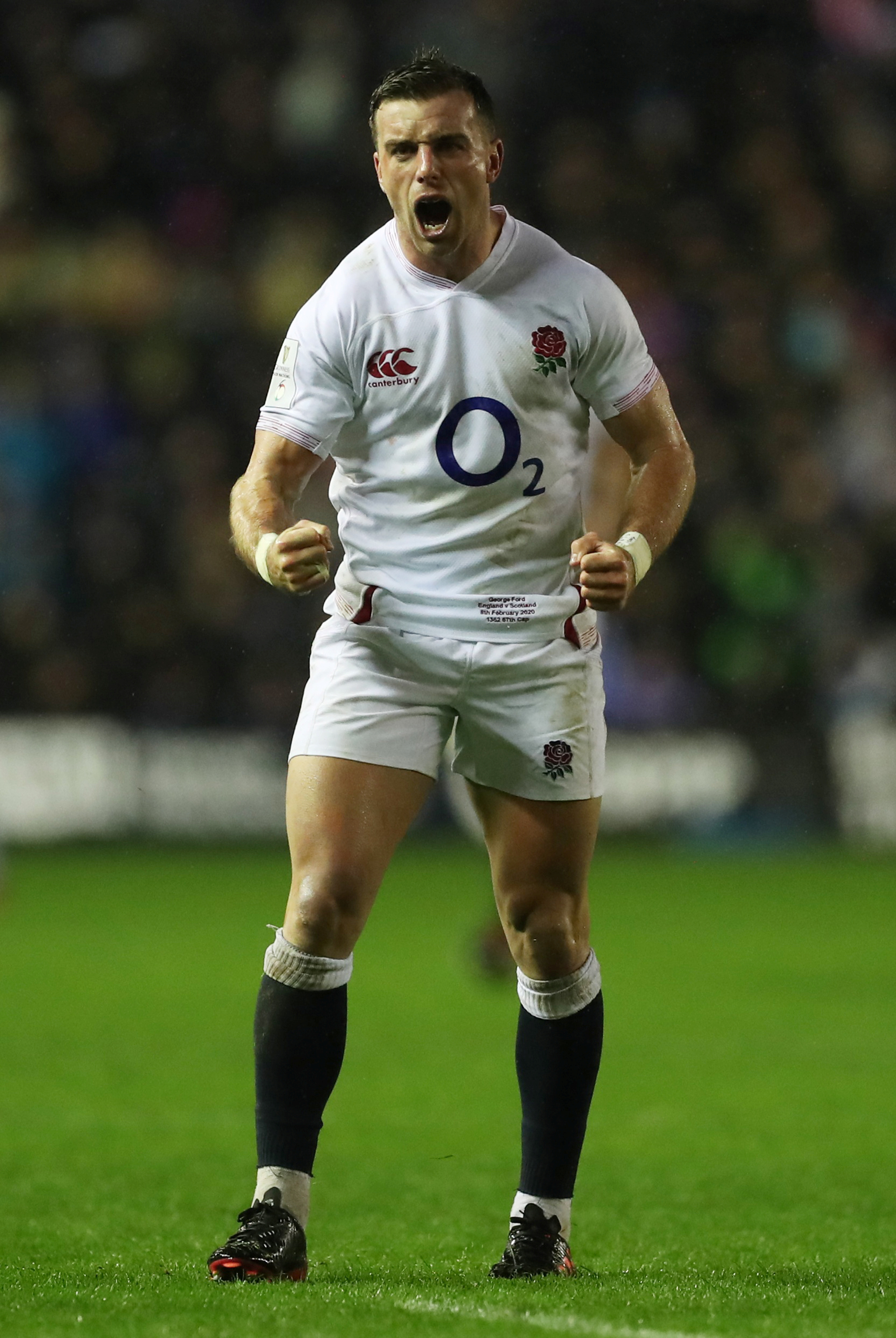 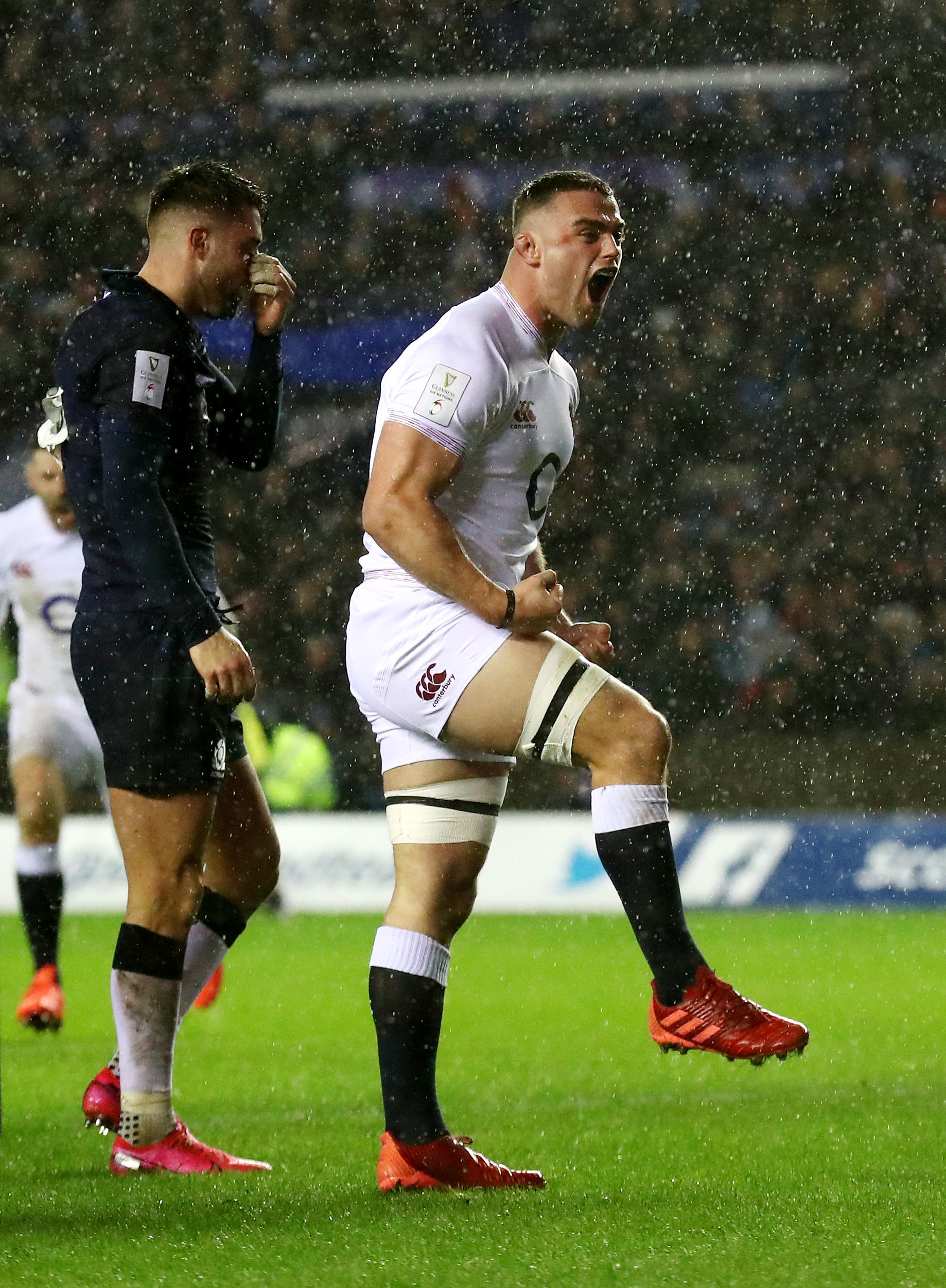 Luckily for England Sean Maitland the Saracens winger also caught the bug and his double drops gave England a chance.

Genge, on for starting loosehead Mako Vunipola, monstered the Scotland pack at scrum time, but Farrell couldn't nail the penalty as the posts swung and
swayed around in the Edinburgh night.

England didn't need it though.

As the Exeter Chiefs full-back waited to pounce on Ford's chip over the top he flopped on it in panic as he fumbled it over his own line for a scrum to England.

As the ball came out of the scrum England piled on the pressure with a couple of carries before looking to danger man Genge.

The Rhino put his head down and barged his way through the Scots as Maro Itoje came in behind him for extra grunt to get him over the line.

England needed that, and even though it will go down as the worst Calcutta Cup game of the modern-day, Jones and his squad won't care a bit. 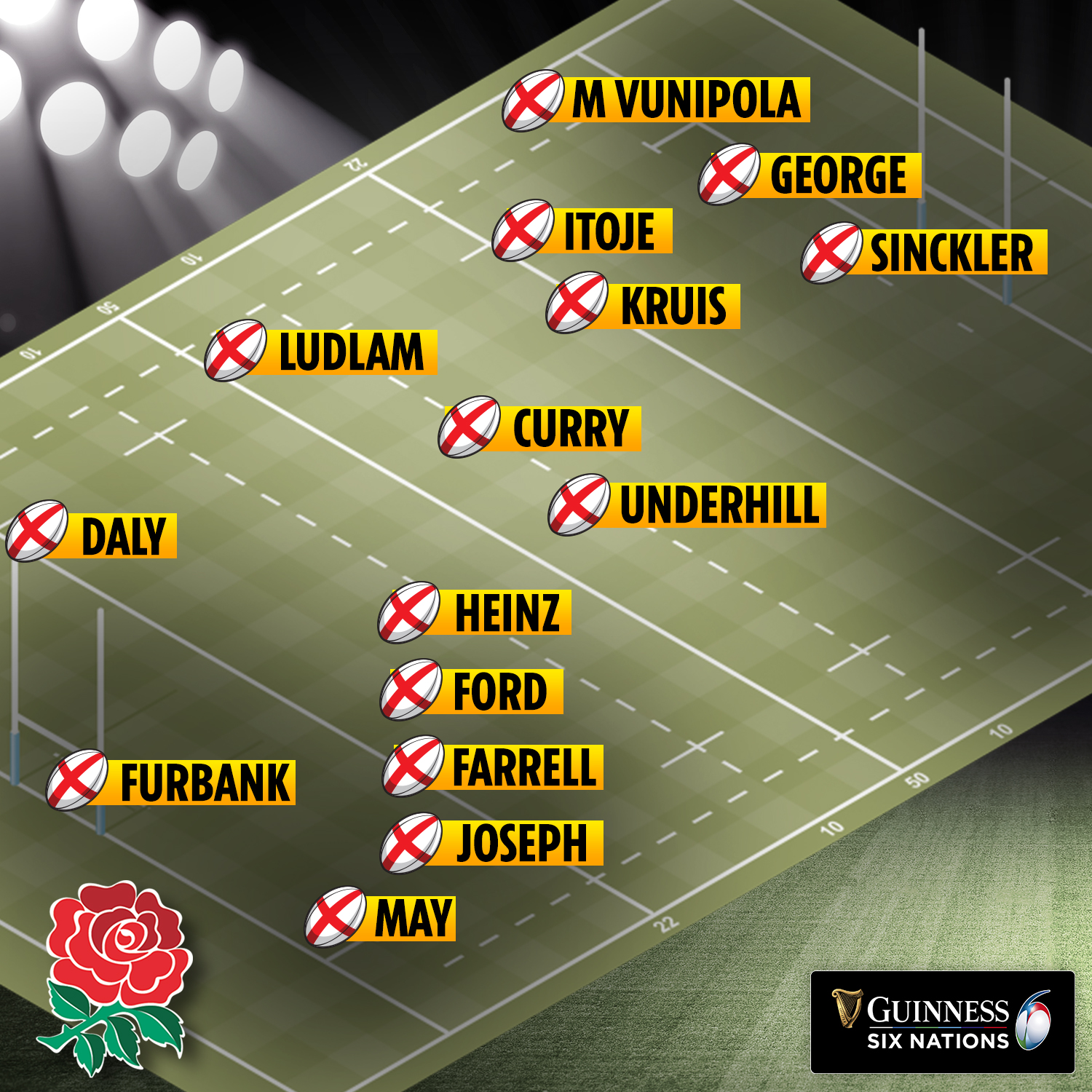