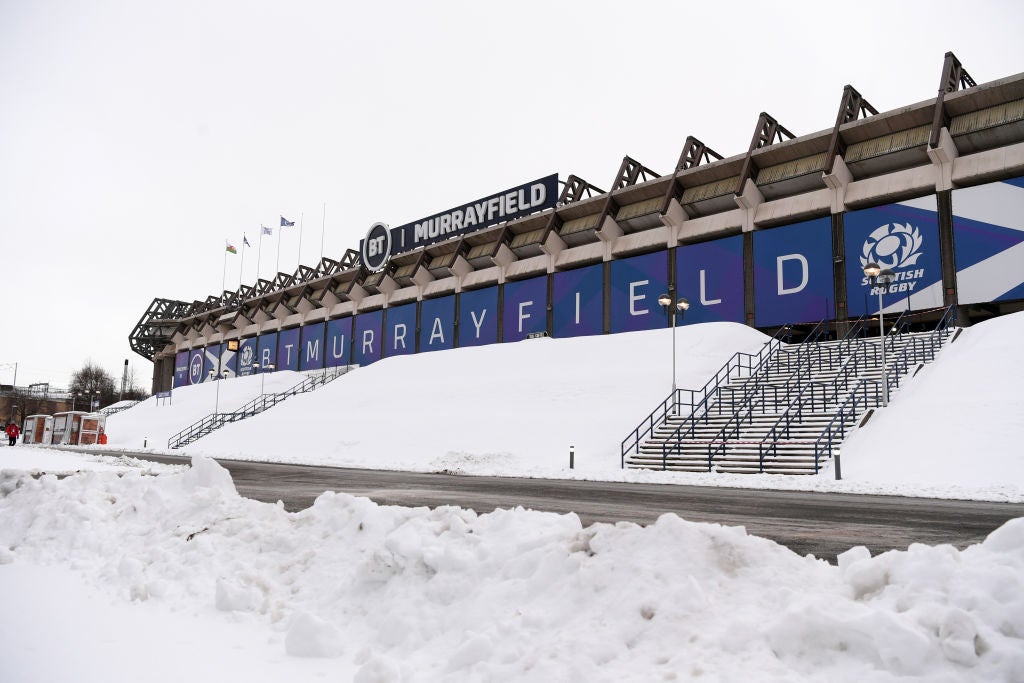 Scotland welcome Wales to Murrayfield as Gregor Townsend’s side look to back up their superb victory over England in the Calcutta Cup last weekend to open their Six Nations campaign.

Wales will fancy their chances though, after grinding out a win in Cardiff over Ireland in their own Six Nations opener.

Wayne Pivac, like Townsend, has inspired a spike in form for his side, making today’s game a fascinating test for both with the opportunity to take that next step. The winner here will likely provide the stiffest competition to France to win outright this season, though England will linger after responding to defeat against Italy.

Nick Tompkins maintains Wales are “ready to go” here, despite centre options George North, Johnny Williams and Jonathan Davies all unavailable, in addition to blindside flankers Dan Lydiate, Josh Navidi and Josh Macleod: “What can you say to a guy like that who is just about to get his debut?” Tompkins said, of Macleod’s situation. “A lot of players picked up knocks in the game [against Ireland] last weekend – but we are all ready to go. We will crack on. We under-performed in the (Autumn) Nations Cup and we feel like we did in last year’s Six Nations as well. We feel like we owe ourselves, the fans and a lot of people performances. I am not going to say results or outcomes – I think we owe them performances, and the rest takes care of itself. For us, that is definitely the attitude. We are going one game at a time, but hopefully we can ride the momentum from the Ireland game going into this game against a Scotland side with a lot of motivation.”

Enjoy live updates from Murrayfield, but first catch the end of England vs Italy:

Live Rugby union coverage direct to your inbox every week

One last look back…

Indulge yourselves, Scotland fans, for the last time before game two of the Six Nations in the glory of last week’s Calcutta Cup triumph. 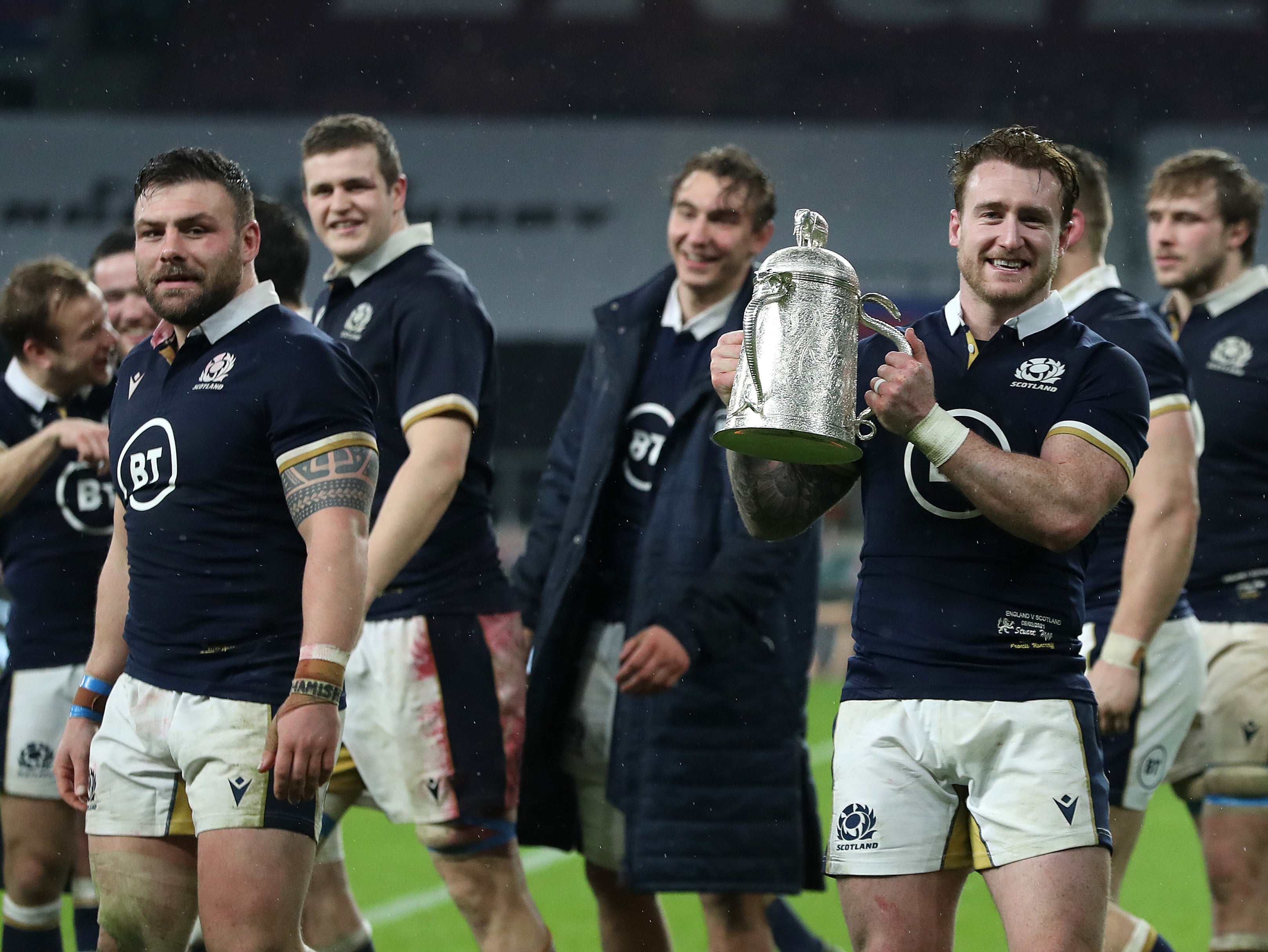 Wales have injury woes of their own, down not one, not two, but three of their preferred flanker options. Dan Lydiate and Josh Navidi’s absences was meant to lead to a deserved debut for Josh Macelod, but a training ground injury has cruelly robbed him again. Aaron Wainwright fills the berth on the blindside – a mark of Wales’ back-row depth.

Also in due to injury are Owen Watkin and Nick Tompkins, impressive from the bench against Ireland, in a new midfield, Gareth Davies at scrum-half and Liam Williams, on the wing with Leigh Halfpenny retained at full-back. Willis Halaholo will like make a debut from the bench.

After the highs of the week ago, something of a set back for Scotland this week with injury removing three key men in that Twickenham wing: bomb-defusing wing Sean Maitland, spoiling back row Jamie Ritchie and debut standout Cameron Redpath have all dropped out. Their replacements are livewire wing Darcy Graham, versatile and rangy flanker Blade Thomson and distributing centre James Lang.

On to matters at Murrayfield…

We will have plenty of reaction, analysis and much more from Twickenham tonight and over the next couple of days, but a final word for the stricken Jack Willis, who appeared to suffer a horrific knee injury in the second half soon after scoring a try on Six Nations debut. Best wishes to the back-rower on his recovery.

But for now we will switch our attentions to Edinburgh, where kick-off between Scotland and Wales is fast approaching. Let’s check in on the teams…

Another relatively impressive afternoon for Italy. They were a touch more clinical than a week ago and fronted up physically well, and with time this group has something about them that suggests brighter times ahead, despite a 29th consecutive Six Nations defeat.

Comprehensive enough, in the end, for England – a bonus-point victory and a degree of broken-field fluency. The George Ford-Owen Farrell axis worked to create space in wider channels, while Kyle Sinckler, Luke Cowan-Dickie and Mako Vunipola added plenty from the front row, both as carriers and as distributors. Strong games from most of the pack, actually, and Anthony Watson and Jonny May took their chances well out wide.

Federico Mori produces another enterprising midfield carry off the top of an effective lineout, but Italy are unable to build from the back of it.

The ball is again in the hands of Mori as the replacement centre pops his head up on the left touchline, but try as he might he cannot remain in the field of play, and the long blast of referee Mike Adamson’s whistle signals that we are at a close.

Watson is clearly too effective on the blindside – Ellis Genge is deemed to be putting too much weight across before the scrum is called to set, an early engagement, and an Italian scrum penalty. They keep the game going by kicking it straight out.

Ben Earl is ready at number eight for a potential explosion from the back of a scrum, which means Anthony Watson is now on the blindside. Versatile. The scrum is unstable, so we will reset.